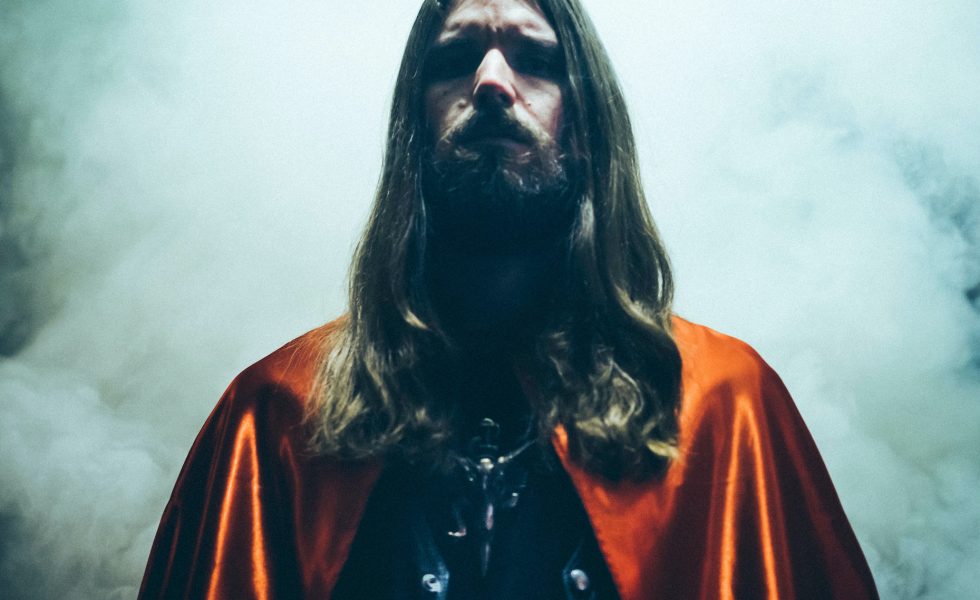 Erland Hjelvik hasn’t taken much interest in the latest album from his former band Kvelertak, from whom he split in 2018.

“I listened to one song,” he says from his home in Norway, “but I feel like it’s peeping through your ex-girlfriend’s window to see what she’s doing, or something like that.”

The singer’s departure from the Norwegian black n’ roll party machine was a shock to many, coming as it did in the wake of third album Nattesferd’s chart success across Europe and tours with Metallica and Ghost. These things rarely happen out of the blue, however, and Hjelvik had known it was coming for some time.

“It just wasn’t working,” he says, without any bitterness. “I tried coming up with solutions and in the end I just had to call a shovel a shovel and figured I would be better off on my own.”

Slightly more than two years later, Erland Hjelvik has burst back into the spotlight with his solo album. Billing himself under his surname stylised in capital letters, HJELVIK (pronounced Yell-vik for the non-Norwegians among us) is a bold return for the man whom no less a figure than James Hetfield has heaped with praise for his wild live performances. Welcome to Hel is an album inspired by his Norse heritage and old musical influences, a rousing volume he describes as “blackened Viking metal”.

You can say it’s overdone to sing about Norse mythology, but it’s just so perfect for metal in my opinion. The music is supposed to sound primeval and ancient—at least that’s what I think—and you need the right topic to match that, and there’s nothing better than drawing on mythology
[ Erland Hjelvik ]

“It turned out to be a little more varied than what I expected,” Hjelvik explains, “so I had to come up with something that would fit all the songs.”

Welcome to Hel is nothing if not triumphant and fun, rich and varied but immediate and stirring, a personal return to the type of songs he enjoys making the most. In Kvelertak, he says, “the songs just kept getting longer and longer, and for me that was a little frustrating for me where it was like, here is five minutes where I would have to go and have a cigarette break or something like that! I like it when it’s short and punchy and to the point. That’s how I think things should be. It suits my singing style, too.”

After leaving Kvelertak, Hjelvik took a break from music to, in his words, “decompress, and do things that needed to be done around the house, like paint.” While he was doing that, he did what any metal fan worth their salt would do, and busted out his old favourites to help him pass the time. Before long, he was becoming inspired.

“It was good for me just to deflate that way, and I listened to a lot of music while I did that. Mostly old classics, 80s metal bands like old Metallica and Slayer and I listened to a lot of bands like Venom and Mercyful Fate and Bathory, of course. Also, early 90s black metal – Swedish bands like Dissection and Nifelheim. Nifelheim, especially, was a big inspiration for me, and also all the Norwegian bands as well.”

I’m definitely happy to be back so soon. I knew I was going to play music again in some capacity, I just didn’t know what shape it would take.
[ Erland Hjelvik ]

For lyrics, Hjelvik only had to look around him. While candidly admitting that the subject of Norse mythology has been done to death by metal bands over the years, for him there was no question it was going to come out in his songs.

“It’s just so perfect for metal in my opinion. The music is supposed to sound primeval and ancient—at least that’s what I think—and you need the right topic to match that, and there’s nothing better than drawing on mythology. That just feels more real to me, instead of relying on Lord of the Rings type stuff, or politics, or whatever bands sing about!” He laughs. “Sing about what you know, and I’m surrounded by Viking graves and monuments and rocks, all the history and mythology around where I live, so it makes total sense for me to sing about those type of things.”

Ancient legends are open to interpretation and adaption, of course: “I read the stories and then when I have to write lyrics, I try to find parallels to my own life so I can relate more to make them more personal and interesting to me when I have to sing them.”

Hjelvik composed the entire album singlehandedly, but to complete the finished product he brought together a band of seasoned musicians drawn from around the world: guitarist Rob Steinway from US old schoolers Skelator, ex-Benighted rhythm section Kevin Foley and Alexis Lieu from France and fellow Norwegian Remi Nygård from Inculter, who will join HJELVIK when they eventually play live. The final touch was provided by album art legend Joe Petagno, whose interests in Norse mythology also run quite deep.

“He was a great guy to work with, and just the perfect match. He lives in Denmark now, and he’s really into Norse mythology, so I just sent him the lyrics and some demos and he came back a little while later and told me the whole concept came to me in a dream and he sent me a really awesome sketch. It’s just really cool how the whole thing came out.”

Quitting Kvelertak at the moment he did could have spelled the end for Hjelvik’s career. Instead, the spirit of metal and of his ancient ancestors gave him the inspiration for a glorious return.

“I’m definitely happy to be back so soon. I knew I was going to play music again in some capacity, I just didn’t know what shape it would take. And I’m really happy that it did. I’m just really proud of the album I made, so I hope others just really enjoy it.”