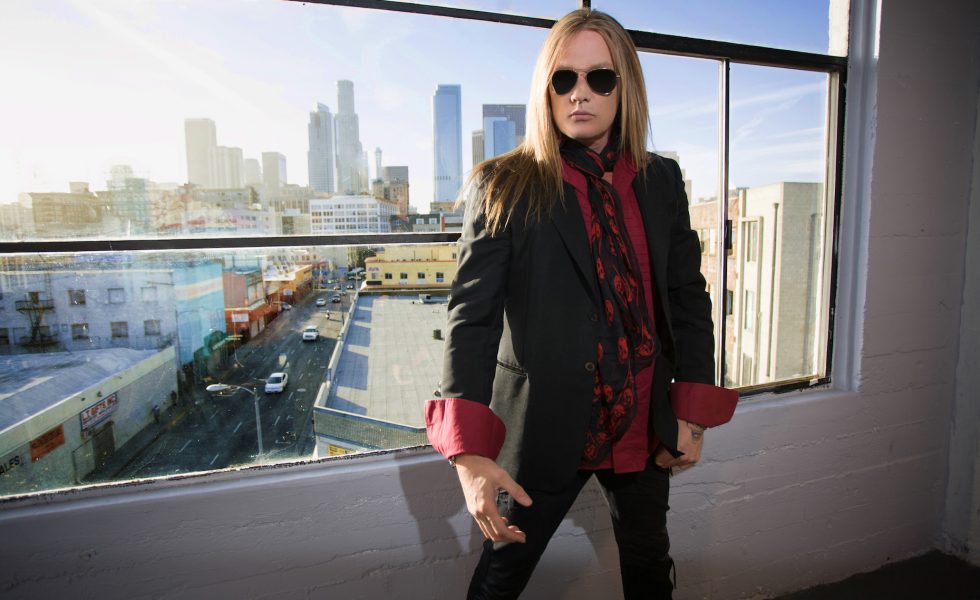 Since the age of 18, Sebastian Bach has been one of the most celebrated vocalists within the heavy music community.

Fronting the legendary Skid Row as a mere teenager, Sebastian Bach was immediately compared to the greats; Nikki Sixx of Motley Crüe, Rob Halford of Judas Priest, you name it. In the late 90s,Sebastian Bach separated from the group to embark on a solo journey, releasing several solo-albums, very much influenced by his penchant for metal, including the most recent release 2014’s Give ‘Em Hell. Next month Bach will be bringing his excellence down under, something he’s been doing for 28 years now, before heading back home to get cracking on his next body of work. Before he arrives, we caught up with the man himself.

Hysteria: How is the Aussie tour shaping up so far?

Sebastian Bach: We already got a sold-out show in Sydney, and Melbourne is almost sold-out. So it’s gonna be fun.

It seems there’s a really strong love affair that you have with Australian fans… we’ve seen it kinda grow, and develop, and continue to flourish.  Of course you have fans all over the world and have for many years now, but would it be safe to say that Australia has a special place in your heart?

100% percent, and I think some of it might have to do with the rapport I have with Australian people, might come from that fact that I grew up in Canada, which is, like, England and France and Australia is, to me, like England meets California. There’s a lot of similarities between Canada, where I grew up, and Australia. Like, there’s a lot of the same kinda street names, same kind of foods, same kind of TV shows. It reminds me, in some ways, of Canada. But the weather’s a lot better in Australia!

Has Australia always been like that for you? Have you always had this connection? I mean, let’s go back decades to the Skid Row days. Did you feel the call from Australia all the way back then?

Yeah, the thing is when we first played Australia … It was 1990, and we were headlining quite cool venues. The Hordern Pavilion a couple nights there. I can’t remember the other venues, but our management team, Doc McGee, he managed Bon Jovi and Motley Crüe and, even though we were very young, we were headlining in Australia in 1990 before a lot of other bands. Lots of bands played Australia then, but we were one of the first headlining metal bands, of our genre, over there. So I think that people have great memories. Then, also, people always talk to me about when we played with Guns N’ Roses at Eastern Creek, and what was the other one? Eastern Creek and fuck…Calder Park? The people always have great memory. I think the whole country were at those gigs.

These are the stories, for my entire life, I’ve been told by my parents, “Oh you weren’t at Eastern Creek Raceway to see Skid Row, Rose Tattoo, and Guns N’ Roses. You don’t know rock and roll.”

Well, there right there explains why I have a good relationship with Australia. I’ve been playing there since … well, 28 years. That’s a long time. 28 years, oh my gosh.

We love rock. We love metal. We love anything that you can bang your head to and shout at. So, I mean, it makes sense to me why Sebastian Bach, and why Skid Row, and Gun N’ Roses, and Rose Tattoo. From an outsider perspective does Australia have that rep internationally, for you, as well?

Australia has a reputation around the world of a country that full of people that are in a great mood, that are partying a lot, and the weather’s sunny, and the architecture’s beautiful. It’s a smart place, as far as your politics, and your gun laws, and stuff like that. So the thing is, is that music and having fun should always go hand-in-hand, and I think Australian people understand that intrinsically. That’s why I like coming here.

On the topic of our partying, and our live music there’s a new phenomenon that happens at live shows in Australia, which I’m thrilled to be able to tell you about, so we call it a Shoey. So what will happen is, at one point, everyone in the crowd is gonna start going “Shoey, Shoey, Shoey,” and someone’s gonna throw a shoe up and, basically, what that is instructing you to do is to empty a beer into the shoe, and then drink the beer out of the shoe. We call that a Shoey now. So I don’t know if you’ve heard of that before.

I guess you’re off the hook then.

Maybe if it was a good red wine I would consider it but…no.

All right, I’ll feed the word out to our people. I’ll say, “Don’t do the beer thing. Do it with wine, and we might get him.” We’ll work it out.

It would be interesting to hear about where you’re at with music.

I’ve released a lot of solo albums. I’ve released Bringing Bach Alive on Atlantic Records. The Last Hard Men, Angel Down, Kicking and Screaming, Apocalypse Now, Give ’em Hell and, basically, those are all heavy metal, well, in the ballpark of hard rock/heavy metal and, for me, I have done enough of those kinds of records, now. So I need to make, what I’m calling, my California record, which is, probably, gonna be more concerned about the vocals then the guitar, the drums, and the bass. The last records I loved that I’ve done, but they’re, kind of, similar. So now it’s time for me to do a different sounding kind of record.

So that’s what I’m doing. I’m into acoustic guitar, right now, a lot. That’s not to say if somebody plays me some wicked crazy riff that I won’t do it, but I’m trying to make a record that’s gonna put me into the next phase of music. That’s what I’m working on now.

Wow, that’s super interesting. So it sounds like you’ve almost got to undo decades worth of training for this album? How far along into this process are you?

Not far at all. I’m just starting to record demos, and I’ve got songs. The thing is that my records, mostly, have had a lot of aggression in them, and I’m not feeling aggressive, right now. So I’m not gonna pretend to channel some anger that’s not real, but there’s things that I am angry at, like the climate being destroyed, I’m angry at that. The first song that I just recorded has lyrics, kinda, to do with that, but people like my ballad-voice. That’s really, at the end of the day, what people like to hear me sing like. And I like that too, and that’s the way I’m feeling right now. So that’s the music that’s coming out. A lot of the vocals sound great, and that’s what I’m gonna give ya in your ears.

You said that you’re writing a California record. So, as a simple Australian that’s not been to California, what does that mean, exactly?

So Sebastian Bach does the Eagles under the guise of Motley Crüe. It’s gonna melt brains, dude.

Well, both of those bands sound California, and I want … I live here now, so I want to make a record that sounds like it’s made here. I’m not into the pro-tools and the computer making it all perfect. On this record it’s real players. It’s recording real human beings. No drum machines. I’m not into that. I want real guys playing real instruments. That’s for sure.

Well, it’s gonna be focused on the vocals, harmonies, but it’s gonna sound like me because that’s all I can sound like.