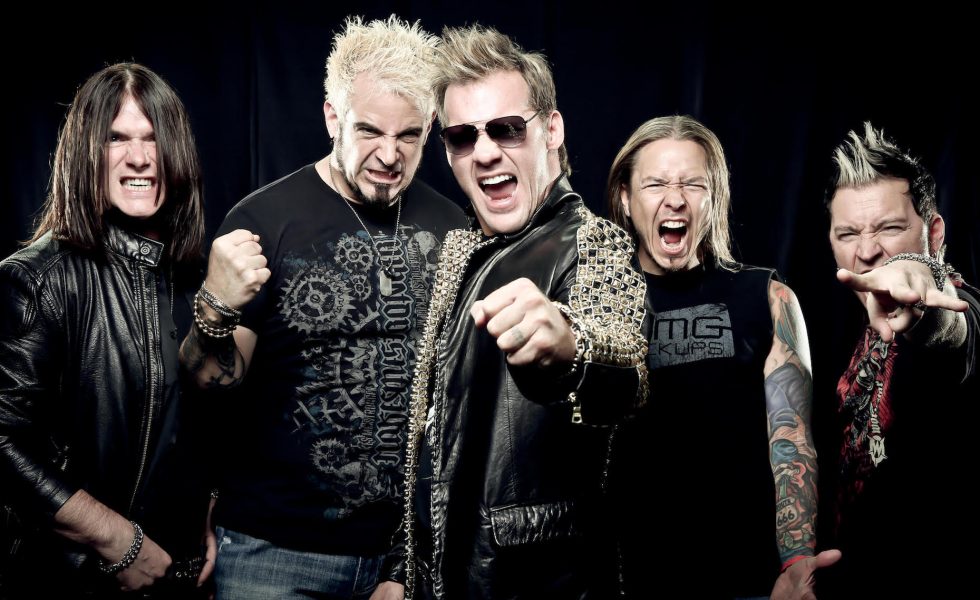 All killer, no filler metal combo Fozzy featuring WWE Superstar, author, podcaster, actor (is that everything?) and frontman Chris Jericho have released Painless, their new single from upcoming album Judas. Stream it below:

Painless follows chart-topper Judas, which garnered nine million views since its release in August. Judas also hit No. 1 on the iTunes charts in eight countries.

The album Judas is set for release on the 13th of October via Century Media. The band worked with producer Johnny Andrews to create an album full of singles, not unlike what “Def Leppard did with Hysteria.”

“After the huge success of the Do You Wanna Start A War record and the tour that followed that saw us share the stage with such incredible bands as KISS, Slash & Myles Kennedy, Buckcherry and Theory Of A Deadman, we decided to take 2016 off to recharge and write songs.  But now WE’RE BACK with our best album EEEVVVEEERRR and are so excited to destroy stages all across the globe again!  There is nothing like playing FOZZY rock n roll to our amazing friends worldwide and watching you guys smile, laugh and have a blast…after all, isn’t that what rock n roll is all about?  We believe that there’s only three things you can count on in life: death, taxes and the fact that if you come to a FOZZY show, you are GOING to have a great time!!  That’s the FOZZY money back guarantee,” says Chris Jericho.

You can take that money…in the bank.