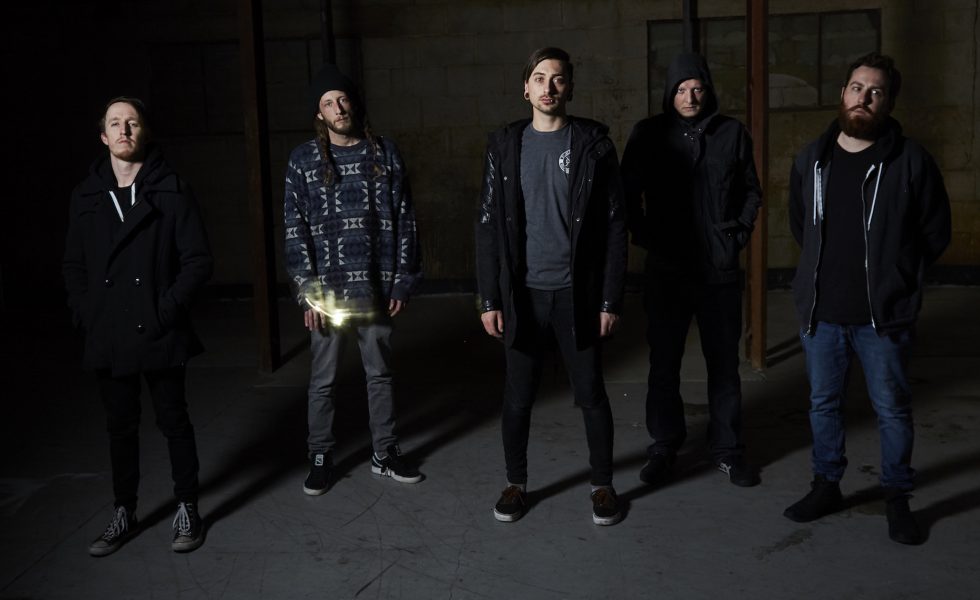 “There’s no pretence with our band, we just fucking play.” Life Pilot’s Eli Green gives a solid statement on why the Adelaide five-piece are the band you need to see to get your heavy fix.

“We don’t care about the scene nonsense, the politics of it,” says the drummer, “We don’t want to be perceived as anything else other than us. There are a lot of bands we love and respect for what they do but they’re all about the package. For us, it’s about the music, the ethos, the feeling. It’s about being real – our motto has always been, ‘Be yourself’.”

For a while there however, Life Pilot found they were unable to be themselves – they didn’t know what that meant. In the three years since the release of their debut EP High Noon, Life Pilot, much like a fine wine, have experienced a maturity, and a difficult one at that. “It was hard for us,” says Green, “We were writing and a lot of media supported us early on but we kind of weren’t ready for it in the sense we didn’t expect for people to like us. We were swept up in the whole thing and definitely playing catch up for a while. It took us a minute to figure out who we were and what we were about.”

Life Pilot’s DIY ethos has spilled over onto their second release Too Hot for Killing, the end result bigger and better than its predecessor but not before a few hurdles along the way. “Throughout the process of this EP, far out, we were trying to have this out six months after High Noon and obviously that spread and spread and didn’t end up how we planned – we went through these phases of almost like severe depression of it taking so long.
“There was a point where we had pretty much everyone in the band on the phone saying they were done, they were over it. We needed to stop worrying about writing music that sounds like what we think we’re supposed to write and just write what we want to write.”

We needed to stop worrying about writing music that sounds like what we think we’re supposed to write and just write what we want to write.
[ELI]

As soon as Life Pilot stopped believing they had to adhere to a certain standard, to a set of rules that weren’t their own, they let go and told themselves they were doing this for them and them alone. “As soon as you let go and realise I’m doing this for me, I’m doing it because I love it, it stops being a chore,” says Green, “You get a fresher sound, and a newfound love.

Three years of having been through a grinder of doubt and uncertainty and Life Pilot are understandably apprehensive about returning to the live stage with this batch of songs that have such a heavy background for them. “We’re actually terrified of our first show back,” Green laughs, “We’ve always put on a crazy live show, it’s what we pride ourselves on. Our shows have always been a terrifying experience because you never know if something is gonna come flying through the drum kit or you’ll have a bass or guitar thrown at you. That’s just normal day-today stuff for us, but the first shows back, they’ll be crazy.”

Having almost fallen out of love of being in the band, Green says the Life Pilot boys’ new-found energy is something else. “Nick [Evans] snapped his bass after shooting a music video the other day,” he giggles, “I feel like we all have a lot of pent up frustration that we’ve had throughout this whole period.

“There’s a lot of passion for the band, it means a helluva lot to all of us in our own different ways, it’s been a very long road to get here and I think the live shows are going to be very special – it’s going to be very cathartic for us as always but on a totally different level.”

“If you wanna come see us, you’ll see what I’m talking about – there’ll be broken bones, broken instruments, blood all over the floor, but everyone will leave with a smile on their face. That’s all there is to it really. No bullshit.”

Too Hot For Killing is out Friday 13th October. Pre-orders are available here.