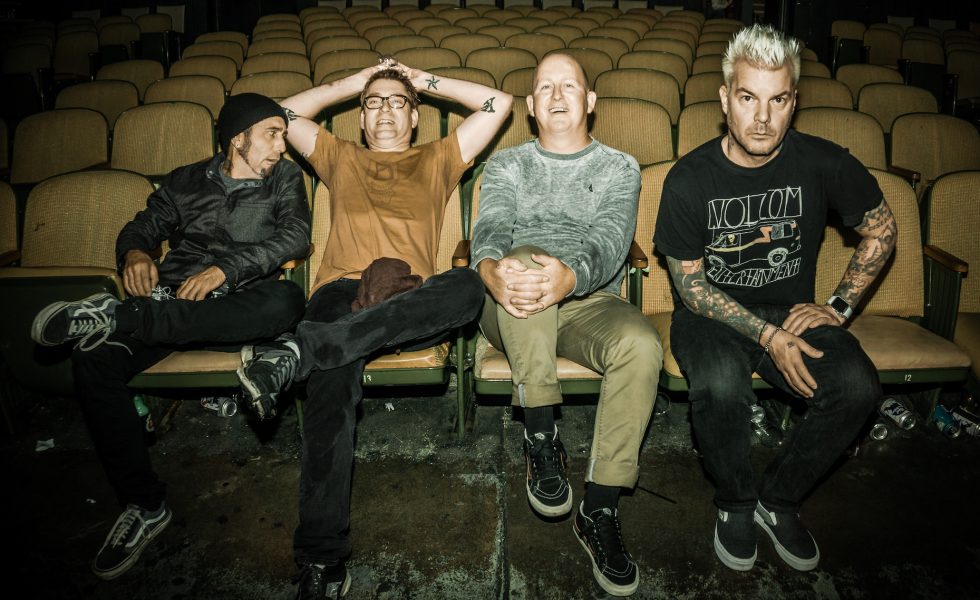 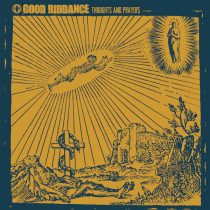 Adding to their discography that’s been 25 years in the making, Good Riddance are releasing their latest album Thoughts and Prayers via Fat Wreck Chords this Friday, 19th July.

This will be their second release since reuniting back in 2012, and with their politically-motivated themes ringing even louder in our world’s current climate, it’s an album that we’ve been anticipating.

Opening with an introduction to Edmund Pettus Bridge which has a male boasting that:  “The richest 1% of this country owns more than half of this countries wealth; five trillion dollars. You got 90% of the American public out there with little to no net worth. We make the rules, pal. The news, war, peace, famine, upheaval, the price of a paper clip. We pick the rabbit out of the hat while everybody sits out there wondering how the hell we did it. Now you’re not naive enough to think we’re living in a democracy, are ya, buddy?” Before we’re thrown right into the neck-breaking melodies that fight back at global inequalities through lyrical cries of hope.

Following this, the tone has been set and it’s one that we needed to hear during 2019.

The shortest song, Rapture, packs one of the albums hardest punches within its mere 46 seconds; from drummer Sean Sellers first beat through to Luke Pabich’s final guitar riff, the urgency of vocalist Russ Rankin’s lyrics continues through within the following tracks.

Our Great Divide offers an anthem that’d have you short for breath within a mosh pit, while Wish You Well reiterates the meaning behind the band’s name.

With a culmination of boasting chorus’ throughout the songs that’ll pull your attention towards political polarisation, it’d be hard not to feel the urge to get behind change … and through their powerful rhythm section, Who We Are will offer a chance to “reconcile what you’ve become.”

Lo Que Sucede, which translates to ‘What Happens’, is the opportunity that Rankin took to flaunt his multilingual talent; to sing a song in Spanish … and despite not being a reviewer who understands Spanish, Rankin has merged two languages together in a lyrical union, with intermittent roars in English that pull one from the reverie of this melodic track as there’s Good Riddance’s signature punk sound rising to climatic chorus’.

Closing with Requisite Catastrophes, we’re taken on a rapt journey that begins with Rankin’s opening line, “Why do we base our lives on breaking everything?” which leads us to rollicking verses that spit us into the reality that “we’ve bred our own disasters, but we don’t know what it’s for, just stumble and believe like a thousand times before.”

STANDOUT TRACKS: No King but Caesar, Our Great Divide, Wish You Well

STICK THIS NEXT TO: Bad Religion, Descendents, Propagandhi