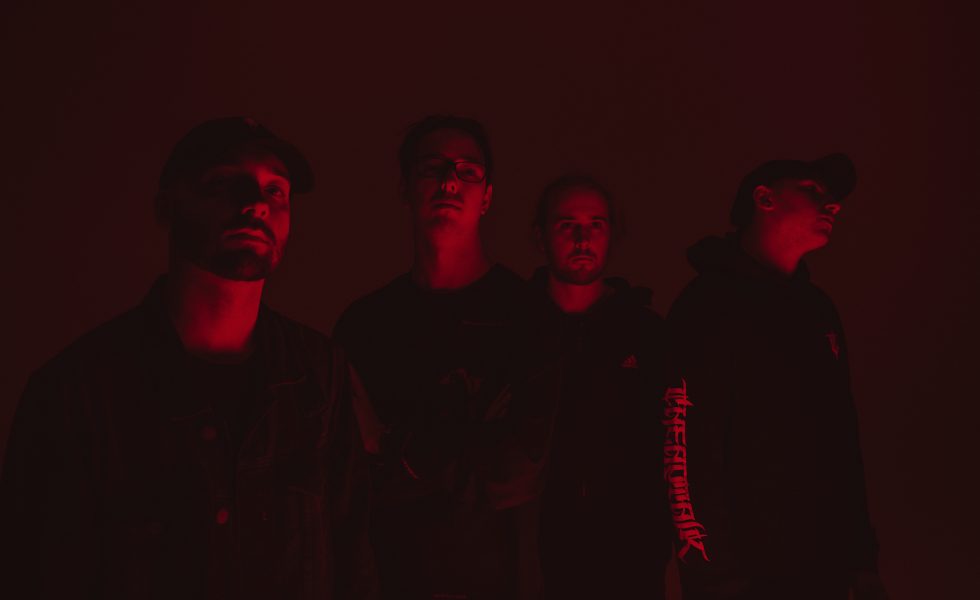 THE GLOOM IN THE CORNER // Unleash New Single ‘Warfare’

Now we know what those social media posts were all about! Melbourne’s The Gloom in The Corner have officially released their new single, Warfare.

To send hype levels through the roof, the band asked fans to visit their website WHERE DO YOU STAND?-this alluding to the warring factions featured in their Gloom saga – The Sect, The Holy Order and Echo 6.

The single continues The Glooms/Fear Me arc. It’s the second serving of a three-part narrative, and follows Violence which dropped back in April. Like the previous single, it was co-produced by the band themselves and Jamie Marinos, who also engineered the track. It was mixed and mastered by Jeff Dunne.

The band’s kept the excitement going with the album art, which fills in part of a mural. This will be completed with single number three, which promises to deliver a twist ending, leaving a cliffhanger for what will follow for the band and the narrative of The Glooms.

In a recent interview with Wall Of Sound, frontman Mikey Arthur spoke about the single, and the direction the narrative will be taking,

“Following the events of Flesh & Bones, Jay, the anti-hero of the arc, has since lost his position as a detective, and been moved to The Sect’s wet-work team, performing hits as per request of Director Scarlett. The Sect’s oldest foe, the zealous cult known as The Holy Order, is also coming to light, led by the supernatural priest Elias DeGraver. Not much is known about the Order as of yet, but more will be soon to come.”

It’s been a huge couple of years for the band, who performed at Bigsound 2019, Halloween Hysteria 2019, Unify Gathering 2020 and won the triple j unearthed competition to play the cancelled Download 2020 in Melbourne (WE’RE STILL SAD). They’ve also toured with the likes of The Plot In You, Chelsea Grin, Born of Osiris, Architects and Polaris.

Warfare is available now on all digital stores and streaming platforms through Collision Course. You can grab it here.