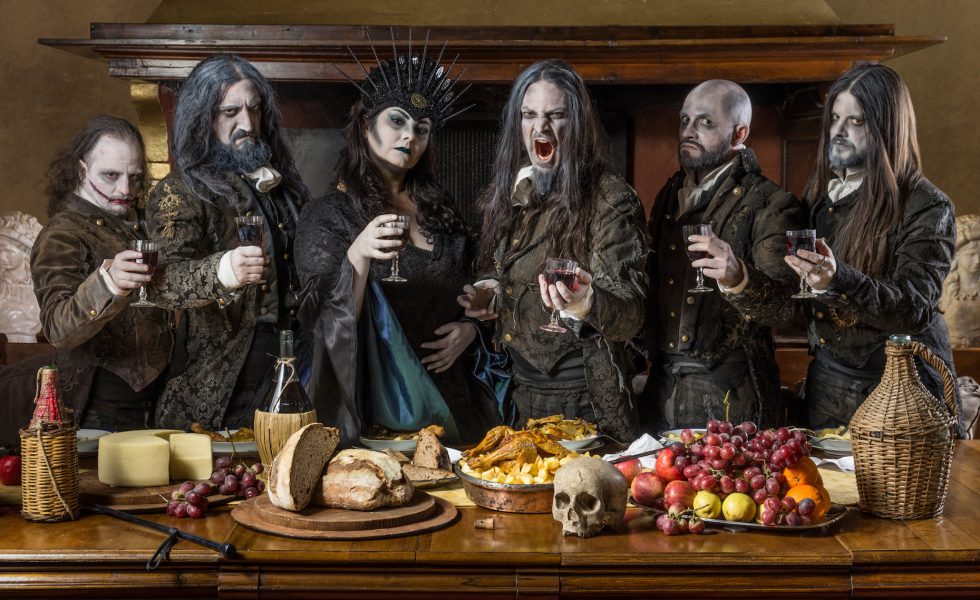 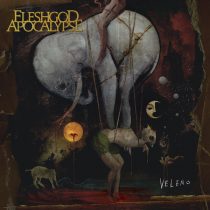 It is their first album since 2016’s majestic heavy hitter King. Veleno is also the first release since significant lineup shifts that saw a concentration of its membership to Francesco Paoli, who has returned to vocals and guitars after a decade behind the kit, and Francesco Ferrini, who remains on piano, and bassist Paolo Rossi. Veleno reflects this consolidation, and represents a powerfully focussed expression of Fleshgod’s operatically empowered death metal vision.

With Veleno, Fleshgod Apocalypse have tapped into a profound formula harnessing the powerful synergies of opera and death metal to strike at the heart of the tensions and torments of the human condition.

Veleno, or ‘venom’ in Italian, is an album with more pronounced features than King; where it is operatic it is profoundly so, when it seeks to pulverise with sheer death metal technical force, it does. It may be more polarised or ‘experimental’ in this sense but it is done in very familiar Fleshgod Apocalypse style, and is well designed across its eleven tracks. Wasting no time at the start, Fury unleashes heavy symphonic hellfire to be followed by death metal driven tracks Carnivorous Lamb and Sugar. From this point the melodrama really begins, with the monastically eerie interlude The Praying Mantis Strategy and the onset of Monnalisa, the pièce de résistance of Veleno. Punctuated by the intensity of Worship and Forget, the drama intensifies with Absinthe, the duelling vocals of which scream of a primal struggle overlaid with impressive soloing. The finer points of composition across the symphonic and death metal styles are apparent on the aptly titled Pissing On The Score, before the simply sublime soprano of Veronica Bordacchini opens The Day We’ll Be Gone, a broodingly operatic duet with Paoli that reaches celestial proportions. Veleno closes with an epic piece Embrace the Oblivion and finally the title track, a turbulent piano piece, which gives the sense that Veleno is less melodramatic in the theatrical sense but its conceptual narrative is more intricate and insidious.

Veleno is indeed less musically ornate than King, but conceptually weightier. Fleshgod Apocalypse has cultivated a very different mood with this release. It is smouldering and tempestuous. The rich textures and regal, full-bodied sound of which Fleshgod is renowned is there in abundance but it is sinister, evil and the opulent scale of grandiose has been tempered and re-infused with rage. With Veleno, Fleshgod Apocalypse have tapped into a profound formula harnessing the powerful synergies of opera and death metal to strike at the heart of the tensions and torments of the human condition.