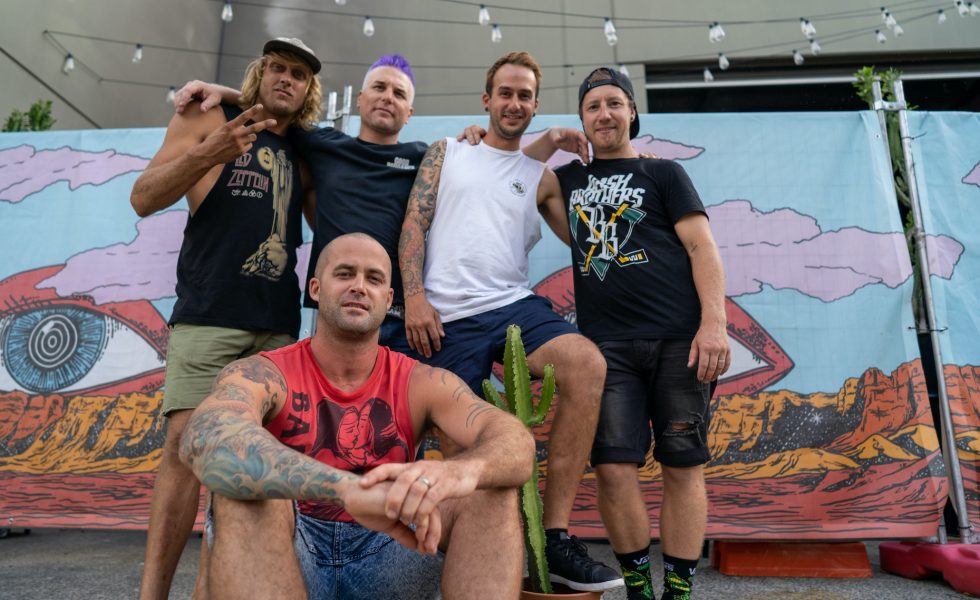 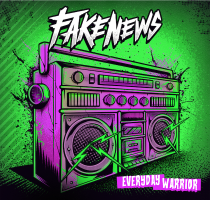 Extra! Extra! Read all about it. Fake News are here to make headlines with their latest record, Everyday Warrior.

MORE: CLOWNS: Unleash New Single ‘Sarah’ // TIMES OF GRACE: Jesse Leach On How The New Record Captured Him Reconstructing From The Ground Up // FAKE NEWS: Hot Off The Press REVIEWS: KENNYHOOPLA: Survivors Guilt: The Mixtape // DZ DEATHRAYS: Positive Rising: Part 2 // ONSLOW: Onslow // TO OCTAVIA: Somewhere in a World, Not of the Dream // TIMES OF GRACE: Songs of Loss and Separation

It’s a mixed bag lyrically, and it touches on parties, the state of the planet, standing against all your struggles and aliens (Tom DeLonge, is that you?).

On top of that, it’s a reminder of just how good 90s and early noughties pop-punk was—and still is, for that matter! Sonically, Everyday Warrior embraces a bit of edge, with the band straying from sugary sweet territory. Instead, they’ve given a heavy twist to a stack of tracks that will become skatepark favourites, namely Obsession and Broken Bones. Whilst clearly influenced by the likes of MxPx, Millencolin, Strung Out and Sum 41, the record has a distinctly Australian flair.

Fake News has kept it simple, and they’ve dished up one high-energy anthem after another.

Not only does this up the tongue-in-cheek factor, it also stops things from sounding like an All Killer No Filler B-side. There are no bells and whistles here. No technical wankery. Fake News has kept it simple, and they’ve dished up one high-energy anthem after another. And while they’ve embraced a sense of nostalgia, they haven’t allowed themselves to be swallowed up by it. Rather, they’ve made their mark on the current scene with their melodies. All in all, Everyday Warrior is an addictive listen. There’s no need to switch stations; this is news you’ll want to tune in for over and over again.

STICK THIS NEXT TO: MxPx, Millencolin, Sum 41