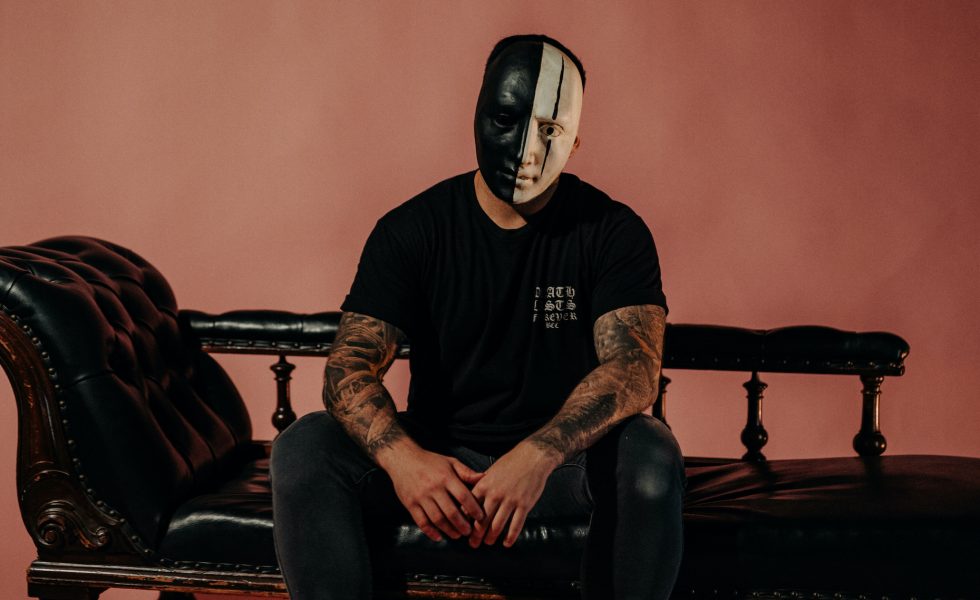 AN EMOTIONAL CONSTRUCT // One Man’s Angst

Under the moniker An Emotional Construct, Melbourne metal artist Adrian Coiro captures the raw, unfiltered emotions that enter his head.

He has a yearning to relate his experiences in an unbridled sonic explosion. It’s been two years since Coiro set out to achieve his mission objective, and its culminated in his new EP, Induced Anxiety.

The one-man band uses death metal and deathcore to illuminate his personal struggles, chosen because Coiro feels that they impose fewer creative limits compared with other sounds. “You can do whatever you want, and as long as it sounds good, you don’t really have, like, a guideline.”

Coiro found the style in other bands before embarking on his own version. He relates the music of the likes of Thy Art Is Murder. “Just listening to that sort of music, even going to shows and seeing them live, something in me just wanted to make music,” Coiro says.

Induced Anxiety centres around hopeless feelings, the EP’s themes gravitating toward the experiences of anxiety and depression found in individuals. The observations of said individuals comes from the world around him as well as himself. “It’s personal, [and] I’ve seen people go through that stuff. It’s obviously not pleasant, but there is that sort of hopelessness you can feel when you go through depression.

“It’s something I know people will be able to relate to, in knowing they’re not alone. It’s just not a lot of people talking about it.”

It’s like a whole, not necessarily range of all those emotions in general, but about those that you don’t really want to experience a lot, like depression, anxiety, paranoia, schizophrenia, those sorts of things.
[Adrian Coiro]

Certain tracks on Induced Anxiety personify certain depths of darkness that we can spiral into when in a depressive state—like the latest single Blood Clot. In some ways, the lyrics and the pummelling drumline upholds an idea of a demon personified. Certainly, that’s the kind of parallel of imagery Coiro hoped people might take away from his music. “I just wanted to be very upfront that you know what you’re getting yourself into.”

That single’s title (Blood Clot) contains a heavy story in itself. “I came up with it a while ago, just like out of concepts,” Coiro says. “The idea was that you’re getting so anxious or so like… basically having an anxiety attack that causes your blood to clot and you just… die.” Coiro chuckles here. “In the simplest form,” he says. “But like, it’s basically stopping you from being alive, in a sense.”

Self-written biographies across the internet see Coiro describe his musical endeavours as “making music about feeling things”, and that’s certainly upheld within the rest of Induced Anxiety. There’s more to experience and feel with Coiro through the rest of the release. “The last song on the EP, Feelings of Dread, is basically just like that very paranoid feeling that you get like something’s coming after you or something’s watching you.

“It’s like a whole, not necessarily range of all those emotions in general, but about those that you don’t really want to experience a lot, like depression, anxiety, paranoia, schizophrenia, those sorts of things.”

The next question, whether writing Induced Anxiety was a cathartic experience that helped Coiro deal with some of his own demons. He’s barely finished before he cuts across and firmly says, ‘Oh, yes, definitely!’ The experience of writing this EP has left Coiro in a position where, if he were to write another EP, he’d be somewhat able to move away from this melancholy theme. “I do like it, though,” he says, “just because it’s very easy for me to create a sense of uneasiness for people listening to it.

“For future music, I’m hoping to experiment and do different things, more so for the theme, because I’m definitely going to stick with death metal.”