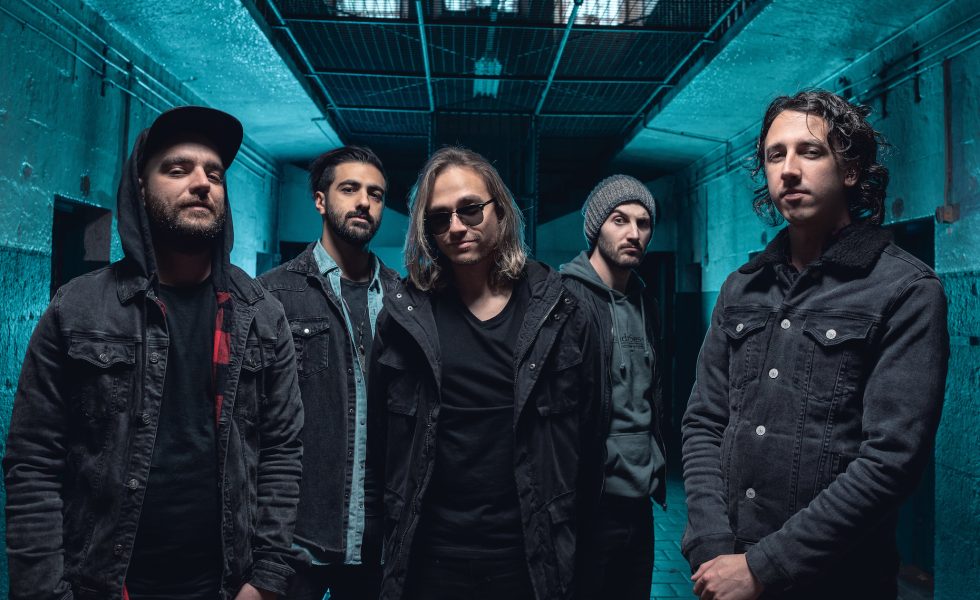 What’s rock n’ roll to you? Dreamers Crime play it hard and they play it well. Everything else is up for debate, it seems.

The Sydney five-piece have made a name for themselves in Australia and South East Asia as a “hard rock” band; though a decade or two ago you may have called them metal. Releasing Silence a couple of weeks ago, the distinctions blur even further. The words we use to describe them seem out of place, not quite right. Releasing No Compromises in 2017 to much acclaim (we called it “a short and sweet snapshot of a Sydney band writing some fist pumping vocal lines and meaty riffs, whilst still having the teeth to spice up a morning workout”) the boys are back with a new line-up, a new single, and a mission renewed. We talked to singer Pete Repousis about why he started with rock and why he’ll stick with it until the end.

Hysteria: You guys bill yourself as a hard rock band; twenty years ago you’d definitely be a metal band. Bands like Linkin Park, Disturbed, Godsmack…are they still metal? Hard rock seems to fit…

Pete: Yeah, exactly. When you saw me talking about a band like Disturbed in their prime, ten, 15 years ago, they were a metal band to me. I thought they were metal. But then you kind of listen to it now and compare with what’s available. Who are the big bands playing on these stages? It’s like, well, are they metal? Think of the Australian scene. Northlane is flying the flag for metal now. You hear them up against Disturbed…two very different things.

I think it’s people arguing over the definitions of words at this point. To most people, a guitar-oriented band that writes their own songs, adds distortion, and has a singer is a rock ‘n’ roll band. Then you can split hairs.

It’s why I’m not a fan of labelling any kind of band. If a band wants to try and do different things, I’m always for that, and I’m always curious to see what they come up with. The label of the genre of the band, I think it’s just to kind of get a listener who likes a certain sound to check out the band. Sometimes the label fits, often times, it doesn’t.

This is your first single—from a new album? Is that just around the corner?

No. No. So the last big project we did was the album back in ’17, and this time round we went into the studio and recorded two singles. And, this was the first time that we recorded with Jase and Adam, who joined the band as we were releasing the last album. So, these are the first songs that we wrote, the five of us, the current line-up. That’s not part of an album. We got two singles coming out. There’s another single coming out early next year.

As someone who doesn’t like labels, is there any limitation on what Dreamers Crime is or isn’t?

Yeah. Well, we’re a five-piece. There’s two guitarists. So, there will always be guitar elements in what we do. But, regards to the type of songs we release, man, when it comes to writing, the five of us get in there, and we’re just like, “well, what do you guys feel like doing?” And then, someone would drop something they’ve been coming up with. We’ll come up with different variations of what that song could be. And it’s like, “you know what? this is cool. Let’s start diving into this sound a bit more.” The verse to Silence is quite atmospheric. That was the first concrete part to the song as well as the main riff. Everything else came afterwards.

So there’s no limitations on what we’re doing next. The next song that comes out is actually heavier than Silence. The only thing is that I get in there and I tell the guys… I just keep them melodic. I want to make sure that audiences can relate to what we produce and what we bring out. Because that’s what got me into the whole thing to begin with.

The melodic side of rock?

You brought up Linkin Park and Disturbed before. It’s like, man…when they hit those heavy vocals but you can still hear the pitch. It’s like that raw emotion. That’s what really got me into all those heavier genres itself. Because before that, I wasn’t really a metal guy until those guys crossed the bridge for me. It probably did that for a lot of people.

You have people, which is normal, that don’t believe what you’re doing is actually true to yourself. Even so, who are they? Do they really know what everyone’s trying to do? You look at, for example, Bring Me the Horizon a decade or so when they first started. And you look at them now. If you heard them back to back, you might be able to tell it’s the same band, but are they being true to themselves? Are they not? And who are we to judge?
[PETE]

It’s been an interesting evolution. I suppose everything comes in cycles. We have “new” nu metal now.

Yeah. Nu-metal does sound like it’s making a comeback. I kind of heard it in Northlane. You got Ocean Grove. Another local [Sydney] band, like RedHook just released a new song called Fake and I was like, “Oh man, I can hear Limp Bizkit here.”

It’s crazy to hear, but when nu-metal came out, Korn and Limp Bizkit were just as far away from Iron Maiden and Judas Priest back then, than Ocean Grove and Northlane are from Korn and Limp Bizkit right now. Do you think if you stick to your guns long enough, your time will come?

Yeah, man. I believe you should be playing what you want to play and being true to that. People can see and resonate to that. And I think people eventually appreciate it and will respond to it. Like I said, if you stay true to yourself for long enough, and that could mean slight genre changing or playing the same thing over and over. Also you have people, which is normal, that don’t believe what you’re doing is actually true to yourself. Even so, who are they? Do they really know what everyone’s trying to do? You look at, for example, Bring Me the Horizon a decade or so when they first started. And you look at them now. If you heard them back to back, you might be able to tell it’s the same band, but are they being true to themselves? Are they not? And who are we to judge? People are still listening. They still sell out arenas. I think people forget the fundamental rule of music: if you like the song, listen to it. If not, that’s cool too. Just don’t go on the internet and make a lynch mob out of it.

Do you feel like these sort of fans feel like they are owed something? If a band changes direction, some fans say “hey, I didn’t order this. What the hell is this?” Do you think the journey a band makes is less important now?

Yeah. Well, music’s personal. So you would feel a personal attachment. You’d feel personal attachment to the songs and then after that you become personally attached to the artist. And like you said, the band might actually be developing, but you as the listener and the person who’s now attached to what that band was when you first fell in love with them, is not the same person any more, and you feel betrayed by that, by the way your reactions are a lot of the time.

It’s like a football club. You might really like a team and they might like revamp the whole team and get all these new plays in and you’re like, “Oh. This guys shit. That guy did nothing last season.” Sometimes it takes a few years and then that team’s winning grand finals. But at the beginning, I swear, you jump off the bandwagon for a while. Sometimes things take time. Some artists you never appreciate until you’re older.

What’s next for Dreamers Crime?

We had that recent announcement that Jase left the group. So unfortunately due to his circumstances we had to just kind of cancel a few shows that we organised around Australia. So we decided that just to end the year, we’re going to have one big kind of blow out party, in Sydney, at the Chippendale. We’ll do the Silence single launch there, which will be the only show we’ll play this year. And then next year, we plan to release the next single, do the tour to follow up that single. And then, it’s looking like we could be going back to the Philippines in the first half of the next year. Phillipines is great. Whenever we get invited to go play there, it’s like, “Oh. This is going to be a fun time.”