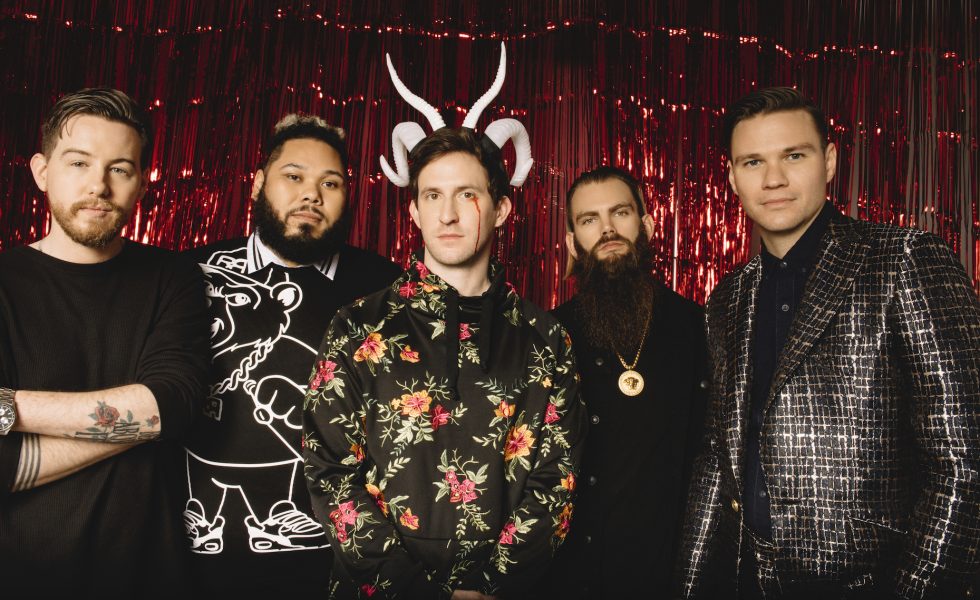 Feb 24, 2020 / WORDS Joe Treston / PHOTOS Lindsey Byrnes / Prisoner is a perfect example of what the band does best

The wait for a new record is nearly over for fans of  Dance Gavin Dance as the band have announced the release of their ninth studio LP.

The follow-up to 2018’s Artificial Selection will be titled Afterburner and will arrive on Friday the 24th of April. The newest single from the album is Prisoner and is a slither of what fans should expect in the upcoming record.

Prisoner is a perfect example of what the band does best, blending aspects of aggressive post-hardcore, progressive rock, and pop-punk to create a track that packs a punch while oozing a thick groove.

Dance Gavin Dance have created a perfect balance between the guttural growls of screamer Jon Mess and the melodious singing and clever lyricism of frontman Tillian Pearson. The band is propelled forward by Will Swan’s crunching and harmonious guitar work, the rhythmic foundation laid by bassist Tim Feerick, and the relentless and controlled drumming of Matt Mingus.

Tillian’s voice in the verses seems to step up a musical scale which, along with the lead guitar riff, gives the track a feeling of constant building and anticipation which is rewarded with Jon’s brief but hard-hitting verses. This slow build eventually explodes in the outro (and the highlight) of the song with a fusion of Tilian and Jon’s vocals alongside an explosion of the sound.

Wil Swan has stated that “Prisoner is a captivating piece of the eclectic puzzle that is Afterburner. It showcases yet another leap in our constant evolution, and I can’t wait for people to hear what this album has in store.”