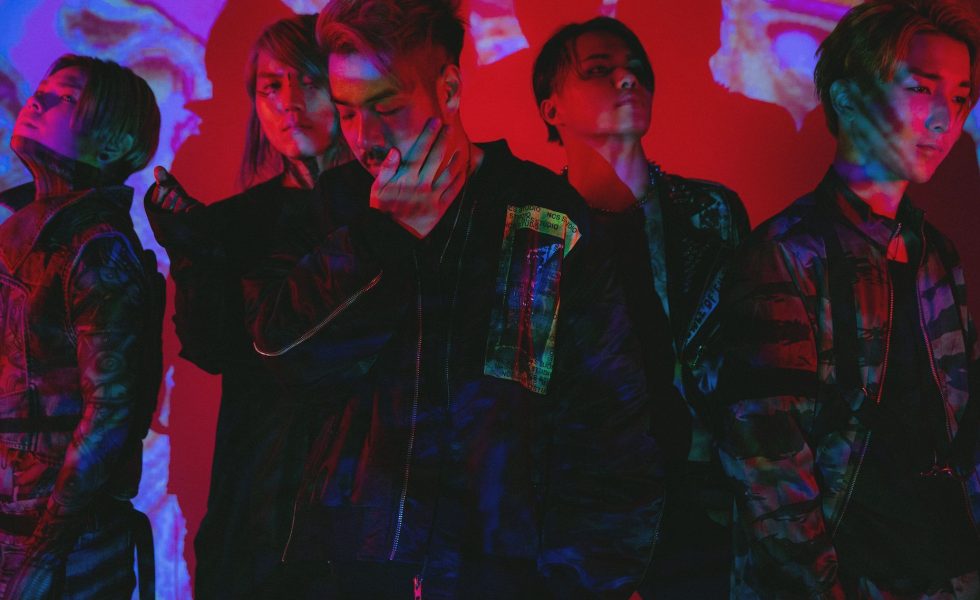 Everyone’s favourite Japanese electrocore wildcards are back. Crossfaith are set to release their new EP Species, due out Friday May 22, as a follow up to their last record, 2018’s Ex Machina.

Vocalist Kenta ‘Ken’ Koie has been holed up at home, but his enthusiasm for the release hasn’t dulled. “I’m super excited to release the record,” says the vocalist. “But we’ve already started working on new music. We started our own record label Species Inc and it’s kind of the best situation to start something like that with a new [release].

It’s not [the best] timing with the release [but] we still want to release the EP in this sort of situation because people are tired [at the moment]. All we can do is release new music to encourage people to feel emotion; this life [in quarantine] isn’t healthy. So all we can do is encourage people with our music and that’s why we decided not to delay the release of the Species EP. Things are hard in this situation but it’ll be worth it for the people as well as for ourselves.”

Rather than the dystopian future that Crossfaith have mined inspiration from in the past, they’re now looking back to an era that arguably spawned their biggest influences. The heady mix of rave culture and nu-metal that spawned in the 1990’s is a clear influence throughout Crossfaith’s new EP. Koie confirms that whilst writing Species, they wanted to take things in a different direction: “We’ve released so many records and most of it is about sci-fi, the near future or cyberpunk. But this EP doesn’t have a specific concept. We always have a concept and then start making music but this time we took out the specifics. We decided to focus on each song and each song has [its own personality]. This EP is more personal [to me]. We feel like talking about sci-fi is good and I like it, but this time we want to connect with people mentally and personally. The basic theme is kind of different and I think you can feel it. [First single] Endorphin is [inspired] by the 90’s by rave [culture] and the acid bass signature sound from the Roland synthesiser. We took inspiration from 90’s vibes because it was my generation. I was born in 1988 and it was more [exciting] than the 2000’s. It’s like a totally different feeling from the music.”

They doubt their existence and people [can] kill themselves [because of that]. I can feel that [pressure]. So I wanted to have [empathy] with people who love Crossfaith and that’s the reason why this time the lyrics are more personal. They’re meant to draw people closer, and [this time] I want to share myself with the people.
[ Kenta ‘Ken’ Koie ]

The inspirations may be familiar to the majority of listeners, but the social aspects that play a part in the Species EP are likely new to most. Topics like mass media control and overbearing government influence are familiar to Western listeners but the extent is far greater in Japan says Koie.  Furthermore, the singer isn’t afraid to lambast them for their current policies. “Coronavirus is spreading in Japan and they just started paying [welfare] to people,” says Koie in disgust. “[Also] they only gave two masks to people [for each household] and it’s fucked up. Who really wants these masks? It’s fucking stupid. Plus one of my friends was arrested [for weed possession] and the mass media and the government made it sound like the worst possible situation. The Japanese music scene is quite fucked up because he couldn’t start a band again and he’s just come back, but it took a very long time. The media controls people and his older fans are mad at him. I understand [requiring punishment] but it’s too much.”

Koie explains that he explores these themes specifically in the EP’s third track Truth of Insanity. “So many people still watch and still believe the things on TV and it’s not good,” he laments. “Because in Japan the TV company and the government are connected and they don’t [broadcast] news that the government doesn’t want you to know. They always hide it and swap it. It’s totally fucked up. I’ve been writing [about] that sort of stuff with Crossfaith [before] but this time there was a huge process in the Japanese music scene. [Regarding my friend] they prepared suspects [to] hide news and hide important news with the media. It’s totally fucked up and I was so shocked to see his older fans mad at me [for supporting him] and they were on Twitter saying ‘[I’m] disappointed in him’. It’s too much. Before that, you were a fan of him and felt his lyrics or his music and his messages. Was it a big thing to give him up then? The government and the media are always trying to control people, which is shit so that’s what Truth of Insanity is all about.”

It’s clear that Species is a comment that Crossfaith felt they needed to make on the world at large. Discussions about truth, lies and distrust are more prevalent than ever and Koie is proud of espousing his own views on topics that really matter. “This time it’s more personal. Before we started making this EP we figured we didn’t want that big concept. Each song has its own ideas but if I pick Endorphin [for example], like it’s [about] struggling with improvement as a human. Everyone has that. Each person has their own process and some people can improve quickly and easily but some people go back and forth then they find their goal. In doing the process, people always struggle. They doubt their existence and people [can] kill themselves [because of that]. I can feel that [pressure]. So I wanted to have [empathy] with people who love Crossfaith and that’s the reason why this time the lyrics are more personal. They’re meant to draw people closer, and [this time] I want to share myself with the people.”