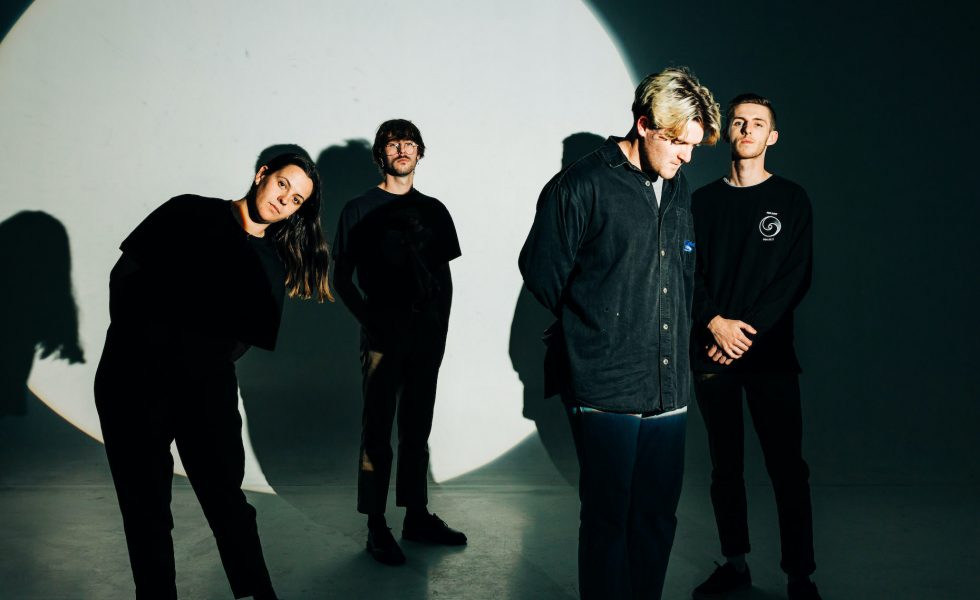 COLOURBLIND // On Semaphore, Touring And More.

Adelaide’s Colourblind is a band worth singing about.

They’ve made massive strides in the scene these last few years, releasing a string of alternative emo rock singles and their Move Like You EP. And things are only set to get bigger with the release of Semaphore.

We chatted with the band’s vocalist Finn Cameron about the EP, how it came together and more.

Hysteria: Massive congrats are in order for the release of Semaphore! Run us through what inspired it and the title itself.

Finn: I’ve always thought of the songs we’ve written as journaling. This release was delayed, so a lot of the meanings were sentimental to me when I was younger, writing them. It’s about the trials and tribulations of growing up. A lot of it is reflective of my childhood, especially the title track Semaphore.

We ended up picking the name Semaphore because we thought the tracks did embody that youthful, nostalgic vibe. Semaphore is a town we grew up in, but it also has a double meaning because it’s flag language. It’s a homage to my stomping grounds as a kid and covers the idea of flagging for help.

How’d it come together? Give us a view inside the recording studio.

It was good! When we record, we try to be all together for the sake of it being a group thing. We do all the writing in the band room beforehand, and we put a massive amount of effort into those sessions. Ideally, the studio time is just us getting the best out of what we already have. So there weren’t many changes once we actually went in.

I focused heavily on the lyrics this time. I started doing a lot of reading and got more into poetry. I wanted this release to be more grown-up, as opposed to the stuff I did when I was 17-18.

We recorded with our really good mate Jarred Nettle at House of SAP. It feels like a second home for us. We’re very comfortable with him. He’s very good at putting us in our place when he doesn’t like what we’re doing. He has a good idea for our vision. We owe a lot to him.

I focused heavily on the lyrics this time. I started doing a lot of reading and got more into poetry. I wanted this release to be more grown-up, as opposed to the stuff I did when I was 17-18.
[ Finn Cameron, Colourblind ]

So were there any moments where you might’ve disagreed with Jarred but came together in the end?

Yeah. When there’s something that we feel is out of place, he’s the guy to say let’s not do this, or why are you pussyfooting about it, just make it weird and scream your heart out. I think there was one instance where he told me I might need singing lessons, and that hurt my feelings big time. But when I came back a week later to do the final vocals, I had to prove him wrong. He’s really good at the vocals and picking out the right takes. Even if it’s not necessarily the take I think of. He can find the right emotion and feeling in it, and sometimes, I can’t see it.

He’s harsh, but it comes from a place of love! We wouldn’t have it any other way.

We hear you have a headline tour around the corner; what’s in store for that?

We are genuinely so excited. We have been fantasising about it for the past few weeks, crossing our fingers and hoping it’ll go ahead. We know we’re going to have the best time ever, but we’re also shit scared! We hope this EP will connect with people. We think they’re some of the most Colourblind songs we’ve ever put out.

We’ve also completely done this tour DIY, which just goes back to Ben (Whaley, drums) and Bernadette (Wright, bass/vocals) taking over managerial duties. We’re excited to get back to Sydney, Newcastle and Wollongong. Wollongong’s one of our favourite places to play in the whole world.

It means the world to us to be able to do this; it’s the coolest shit ever. We’re only worried about the fact that three out of four of us have caught COVID. So we feel fine about it, but Ben still hasn’t got it. He better get sick within the next month because if he cancels the tour, we’ll disown him (laughs).

La Dispute, Title Fight and Basement are our idols in everything they do – their ethos, they’re DIY, they have super fun live shows. That’s what we want our shows to be – just playing music that connects with people and people having a great time listening to it.

There’s a special place in our hearts for Racoon City and Paradise Club. We have to shout out Sleep Talk and the legends in Horror My Friend. And Junk Harmony; Bernie’s just started playing with them too.

Any words of wisdom before we let you go?

We’re finally starting to see ourselves as a real band. Semaphore is a polished, well-put-together piece of work for us. To think we’ve got to the point where we’re putting out our second EP is cool. We’ve worked on it for so long and are proud of it.

We hope to have a long album coming out next year. We’re about to hit the studio with another twelve tracks. We are ready to go, guns blazing, and show the world what we’ve got.