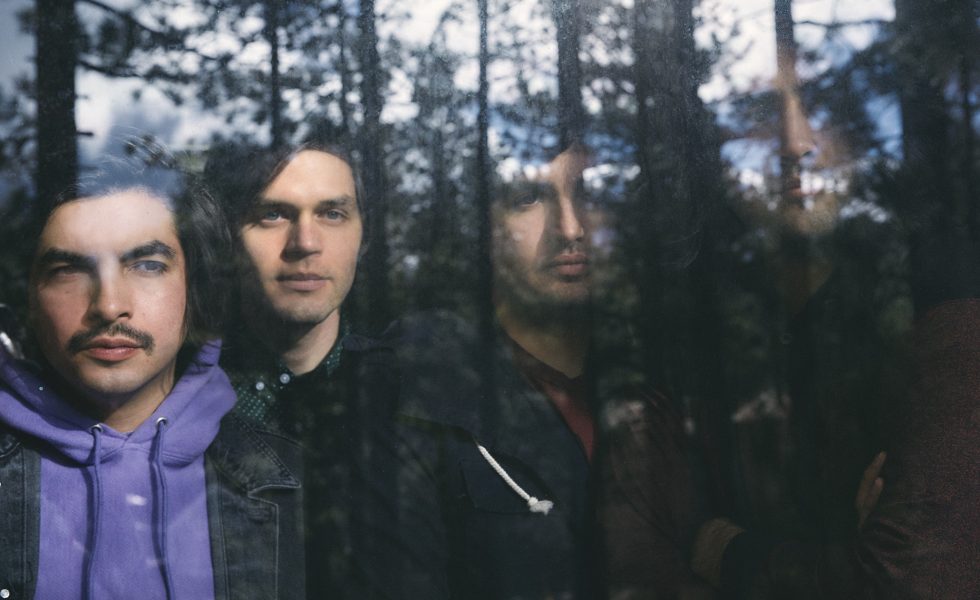 No clean singing? How about no singing period. Californian jazz-fusion prog rockers Chon have set conventional rockdom on its ear with mind-bending instrumental jams.

Brothers Mario (guitars) and Esiah Camarena (bass) formed the band in 2008, releasing first album Grow in 2015. Since, they’ve toured the world on the back of their insane virtuosity, playful creativity, and an enthralling “what the hell are they gonna do next” approach to music. Three albums in, and still no singing. Why muddy the waters when the songs speak for themselves? Talking to Mario on a day off in Osaka, Japan, Chon are back in Aussie shores real soon for their first ever headlining tour, supporting their latest self-titled record (2019).

Hysteria: This is your first ever headline tour in Australia and New Zealand. What’s the feeling in the band?

Mario: Everyone’s stoked. We really liked it there last time. So, we’ve been just waiting for the right time to come back.

The self-titled record has been out for a while now, how have fans reacted to you guys playing them live?

Really well. I think these newer songs translate even better live for some reasons. We a lot of fun playing them, and I think the crowd feels them a lot. So, yeah. I mean we just played our first show in another country yesterday. It’s was our first time playing the self-title anywhere besides America, and that went really well. We played in Osaka, Japan, and I don’t know. I think the latest album is one that sounds better live. So, it’s been really fun to play.

How do I play the VR game in your Pitch Dark video, out of interest?

[Laughs] I don’t know, but maybe we should make it for real. I love VR. Me and Erick have VR headsets. We’re always playing together.

VR gigs could be the way of the future. Or do you think people will still want to rock out the old fashioned way?

We’re influenced by all the music we listen to, you know? We don’t have any rules. That’s the fun part about writing for Chon.
[MARIO]

It’s crazy. Yeah. I mean it’s only a matter of time before bands do it. I mean it’s a little easier for DJs cause they just kind of have to play tracks. For an actual live band to do VR, I’m sure it’d be like a little harder, but I mean it’s going to get there. I’ll be there when they have them!

Chon is a rock instrumental band, but rooted in jazz fusion fundamentals. Is that how you’d describe yourselves?

We listened to a lot of electronic music when we first started playing music. Jazz fusion was a huge influence on us and so was metal. Erick’s guitar playing got a lot of influence from metal guitar players and we basically just make music. We’re influenced by all the music we listen to, you know? We don’t have any rules. That’s the fun part about writing for Chon.

How does a song usually come together for Chon? There’s a lot of moving parts to consider.

Instrumental prog rock seems to be gaining popularity. sleepmakeswaves, Plini, Animals as Leaders…. they’re all killing it at the moment.

Back when we first started, everyone used to ask me, “when are you guys getting a singer?” Or they say like “Oh you guys just need a singer and you’ll and you’ll make it,” or whatever. But no one ever says that anymore. And it’s cause it’s just different, different times now. An instrumental is just more common. Progressive music is just more common.

After you’ve had your fun down under, what’s next for Chon?

We have pretty much our whole year booked already. We’re going to have a two leg North American tour with Coheed and Cambria. We’re basically just touring a lot of the year, and then when we’re not touring, we’re working on new music. Then we’ll be releasing stuff in between. We’ll see what happens.

Catch Chon at the following dates