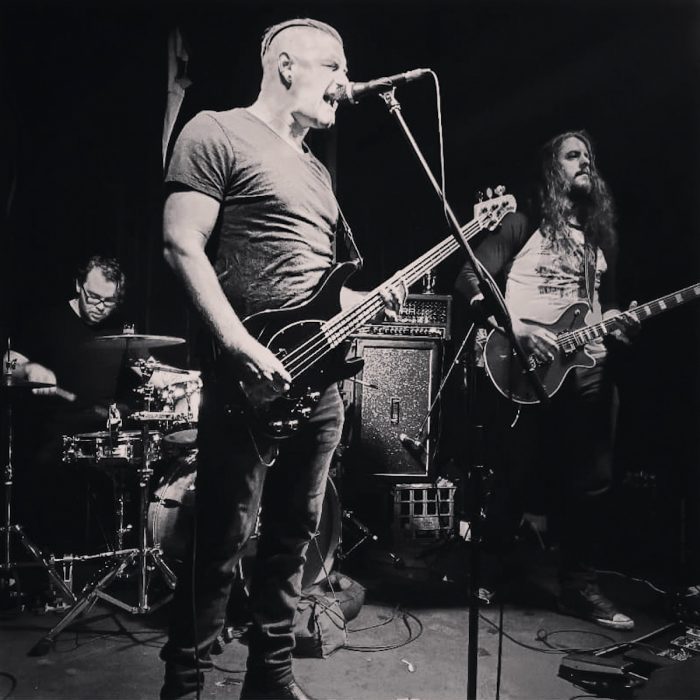 Canyon describes their latest single Keep Me Waiting as “an internal struggle with the idea that a relationship is better when you aren’t involved, the space needed to change and improve things—but the song also has a double edged sword of this notion with how the chaos of the world and times can make this departure difficult to turn into a positive one.”

The band is inspired by artists such as Rise Against The Machine, Karnivool, System Of A Down and Soundgarden. Canyon incorporates their loud, heavy, grunge sound with the goal of writing “not only from a personal/ emotional perspective, but to also question everything around us to encourage personal/societal growth” to create deeper connections with their fans.

So far, Canyon have released two out of five recorded singles with accompanying artworks by Nate Hill, combining both performing and visual arts together in a bold heavy sense. After playing their first live show in 2019 to a packed out room, the band did a three day recording bender at Lilydale’s Home Brewed Studio and recorded five new tracks, including Insane and Keep Me Waiting as the first two singles to be released.

The singles were mixed by Nic Pallet, who has previously worked with Dr. Colossus, Duneeater and The Great Emu War, and mastered by Forrester Savell, who has worked with bands such as Karnivool, Shihad and The Butterfly Effect.

Canyon have three more no doubt to be heavy singles hidden up their sleeves, ready to be released over the next few months. The band have also hinted at an EP launch in early to mid 2021.