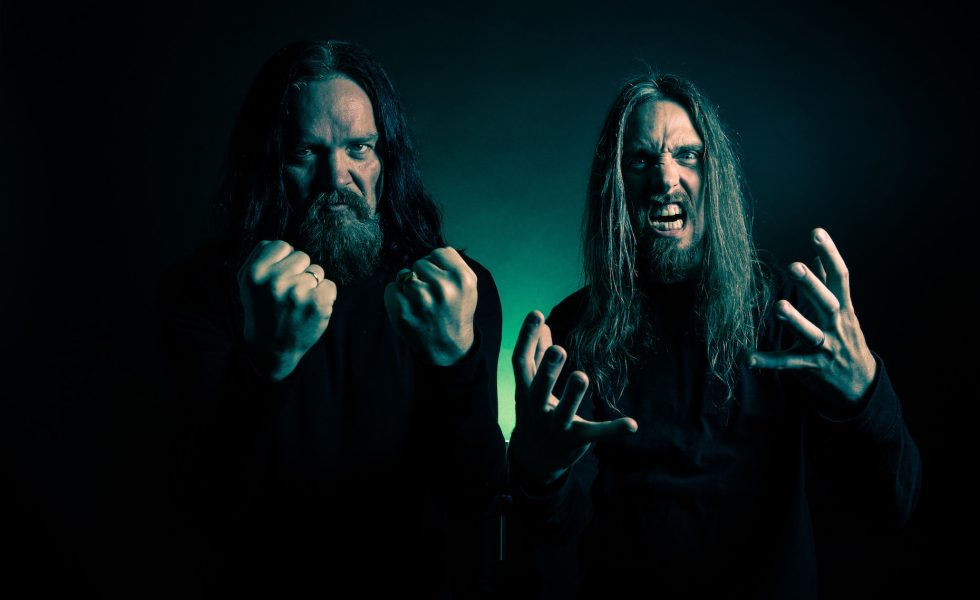 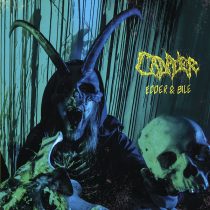 With something of a resurgence in old school death metal happening of late, it makes sense that one of northern Europe’s pioneering forces should come roaring back like an out-of-control freight train.

Cadaver’s first release in 16 years is as immediate, raw and as furious as their early albums. The sheen of modern production standards removes much of the grime, instead projecting a deadly, razor edge to the guitars and a brighter, punchier attack to a wild and Herculean drumming effort, but the feel and execution is almost exactly the same as when they emerged from Norway just slightly ahead of black metal.

Edder & Bile’s points of reference are the same now as they were then: the furious tremolo-picking of Death, the riff construction of early Carcass, the grind-like feel of Repulsion, a kind of furious chaos that barely holds together. The simple nature of Cadaver’s animalistic approach to death metal is what makes them compelling, the level of energy expended on their breakneck songs nothing short of breathtaking.

This is relentless and noisy death metal played with complete and total abandon, the way it was originally intended.

The likes of Morgue Ritual and Circle of Morbidity are simply rabid explosions of incomprehensible speed and howls, Neddo ripping through an insane solo in the former and Jeff Becerra from Possessed adding to the pandemonium on the second. A slower track like The Pestilence with its epic marching riff offers little respite and Deathmachine’s repetitive, hypnotic melody comes as a weird surprise among the commotion. Even with one of the genre’s most accomplished drummers – Dirk Verbeuren – providing the battery here, Edder & Bile pays little attention to refinement or technical skill. This is relentless and noisy death metal played with complete and total abandon, the way it was originally intended.

STICK THIS NEXT TO: Death, Possessed, Repulsion