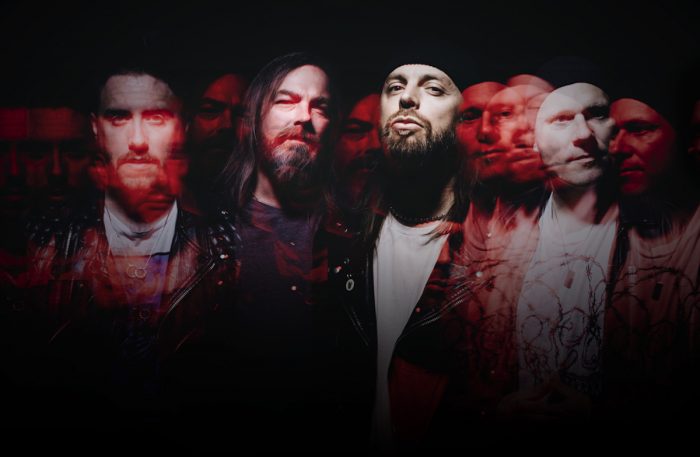 ICYMI: Welsh metallers Bullet For My Valentine have announced their forthcoming self-titled seventh album and shared its first track, Knives.

Frontman Matt Tuck began writing the album in September 2019. Despite a whole bunch of COVID related setbacks, he was still able to link up with long-time producer Carl Bown, who previously worked on the band’s 2015 album, Venom and 2018’s Gravity.

“This is the beginning of Bullet 2.0,” says Tuck. “It signifies where we are right now. The music is fresh, it’s aggressive, it’s more visceral and passionate than it’s ever been….I wanted to come out guns blazing, fucking middle fingers flying, and just go for the throat. I think this is a far more aggressive, intense part of Bullet For My Valentine. It’s always been there. I’ve just never opened the floodgates on it. I want to take people’s heads off in a metaphorical way.”

Bullet’s last album, Gravity, racked up over one BILLION streams. In support of it, the band played some of their biggest shows to date, including a UK arena tour and headliner at London’s iconic Alexandra Palace.

LP7 will drop on October 22nd via Spinefarm / Search & Destroy. It is available for pre-order now with a whole stack of options, including a unique clipping from the backdrop used on their Venom world tour, merch, gold and silver cassettes, and limited vinyl.