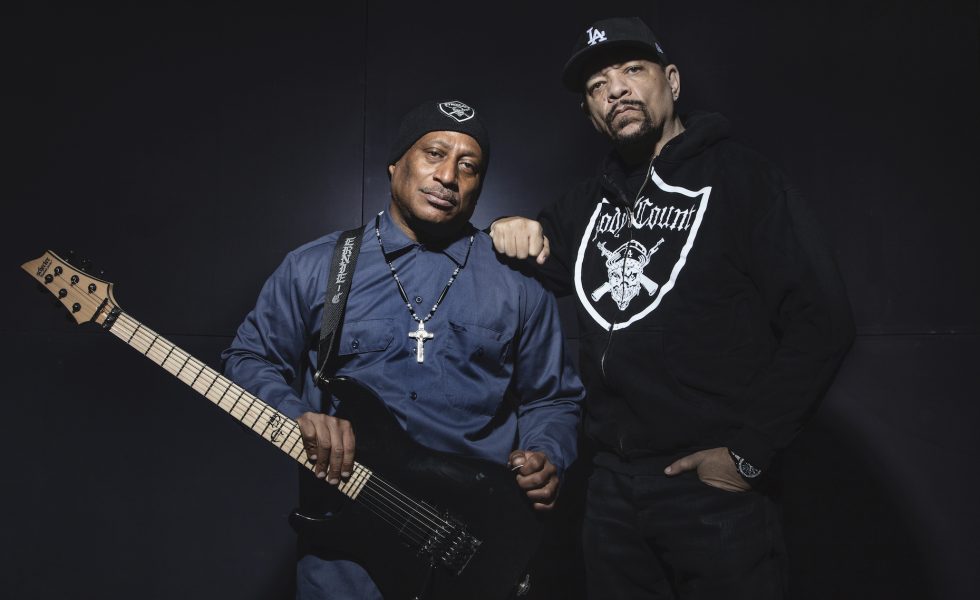 Dec 17, 2019 / WORDS Anthony Gebhardt / Back In The House With Flesh Ripping New Single

Rap-metal survivors Body Count, closing in on three decades in the biz, have emblazoned their love of metal, hardcore and thrash across six ‘in your face’ albums and countless stages.

Founded on the mean streets of LA, the band, fronted by hip hop pioneer ICE-T, have never been afraid to tell it exactly like it is, taking no prisoners and also displaying immense resilience in surviving the tragic loss of three of the bands founding members across their journey, including original bassist Mooseman, who perished in a drive-by shooting.

Their debut, self-titled record of 1992 proved both hard hitting and controversial, the LA seven piece gaining particular notoriety for their highly political number, Cop Killer, with conservative forces rallying against the band and their label, which led to the track being pulled from the album after its initial release.

Since that time Body Count have continued to deliver musical fury and lyrical truth-bombs and their real-deal street cred remains intact with the release of a brutal new single, Carnivore. ICE-T and guitarist Ernie C remaining as original members, Carnivore sees Body Count channel their love of metal titans such as Pantera and Sepultura to deliver a thumping juggernaut of a number, powered by a vein bulging riff and a roaring chorus. The track is without a doubt one of the heaviest, in your face tracks the band has ever put to tape. In a word–ravenous!

Carnivore serves as a precursor to the bands much anticipated seventh album of the same name, with ICE-T sounding as fired up and belligerent as ever, as is befitting of these (fucking) hostile times.

Be afraid, but pay the ticket and take the ride anyway, when Body Count’s beastly new album, Carnivore, detonates on 6 March (or pre-order the album from 10 January)