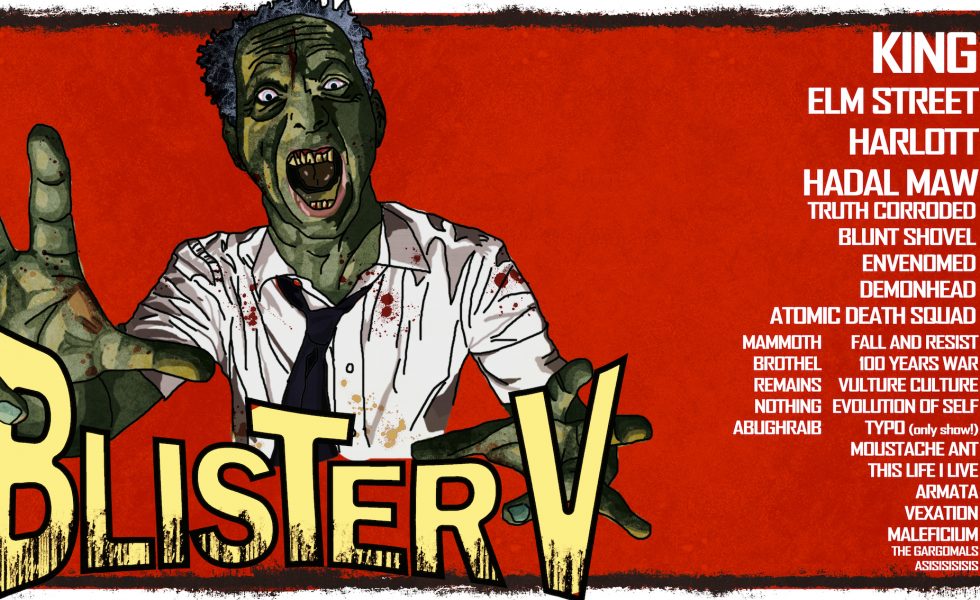 BLISTERFEST // The Fifth Instalment Takes Over The Tote Once More

It’s tough to get gigs in Melbourne sometimes and Liam Frost-Camilleri (Frosty) knows that all too well. Finding it hard with his old band and again with his new band Fall and Resist, he decided to do something about it.

With his epic organisational skills he set about putting together Blisterfest; a boutique Melbourne festival featuring his band (of course) and many others who also found it hard to get noticed, from Melbourne and beyond. Blisterfest has evolved over the last five years and Frosty himself has grown with the opportunities that have come his way.

It might seem like the easiest thing to do; create your own festival so that your band can play shows. In a tough town like Melbourne, those are the risks that you have to take. Since it began five years ago, it has grown beyond Frosty’s wildest dreams. It now features some of the country’s biggest metal bands.

Frosty also knows how hard it can be to get noticed. This is one of the main reasons that he also invites some of the more unknown, underground bands to be on his line-ups. This has paid off in spades; not only are these bands also getting noticed, but they are returning the favour, by inviting his band to come and play with them.

“We get asked for a lot more than we can play now! We played Adelaide earlier this year and Sydney recently. We’ve played Tassie as well and all of those gigs weren’t ones that I had set up or that I had planned. They were gigs that other people had said ‘Hey, do you want to come down or up’,” Frosty says.

“It was more or less ‘hey thanks for putting us on and taking a chance on us, do you want to come and play with us?’ And that has been awesome,” he says. He’s thrilled that he’s opened new doors and fostered deeper relationships with the scene.

Blisterfest has not only opened doors for Fall and Resist, but also for Frosty to dive further into promotions and booking. He’s also the brains behind Beyond Black put together to raise money for depression and anxiety charity Beyond Blue. More recently, he has teamed up with Olivia Reppas, former editor of HEAVY Magazine, to put together a show for male suicide awareness.

“I think what happened is that you start to get a reputation and you start to get a few people talk about you. My good friend Luke Walton, from Blunt Shovel, he was telling me that he was sitting at a studio and there were all these bands there and every one of them who was in the room had worked with you at some stage and had a positive interaction. That was pretty awesome to hear,” Frosty says.

But even though Frosty has branched out to work with so many other notable names in the Australian metal community, Blisterfest will always be his baby and the festival where he can have a little fun. This year, the fun includes having his Type-O Negative cover band playing on the day.

“We had Lachy Robson (Hybrid Nightmares) doing the vocals on Typo, because he has the deep voice and the look, so we thought he could nail the Pete Steele imitation. But he actually had to pull out due to other commitments and he said to us, that if we can find someone else that might be better,” Frosty explains.

“I said ok, I’ll look into it. I didn’t want to do the vocals if I could help it, because I didn’t want it to be the Frosty show! So I asked Olivia (Reppas) and she suggested Kama, who fronts a black metal band called Hex Ray. If you know Kama, you know she is completely charismatic on stage, she can sing lows and has great range and is completely goth and I just knew that she’d be perfect!” Frosty laughs.

But Frosty says that Typo isn’t the only reason you should come down to Blisterfest as there are so many amazing bands on the line-up this year from all parts of the Australian scene. Frosty laughs that as the festival grows, he now has a new problem booking it.

“Now I have the problem of turning bands away, rather than begging people to play!” he says.

It’s a nice problem to have, considering Blisterfest’s humble beginnings.

“I don’t think I ever expected it to get to this point. But then, I also didn’t know what to expect,’’ he says.

Which is proof that sometimes you have to take a gamble on life; you never know what might happen. 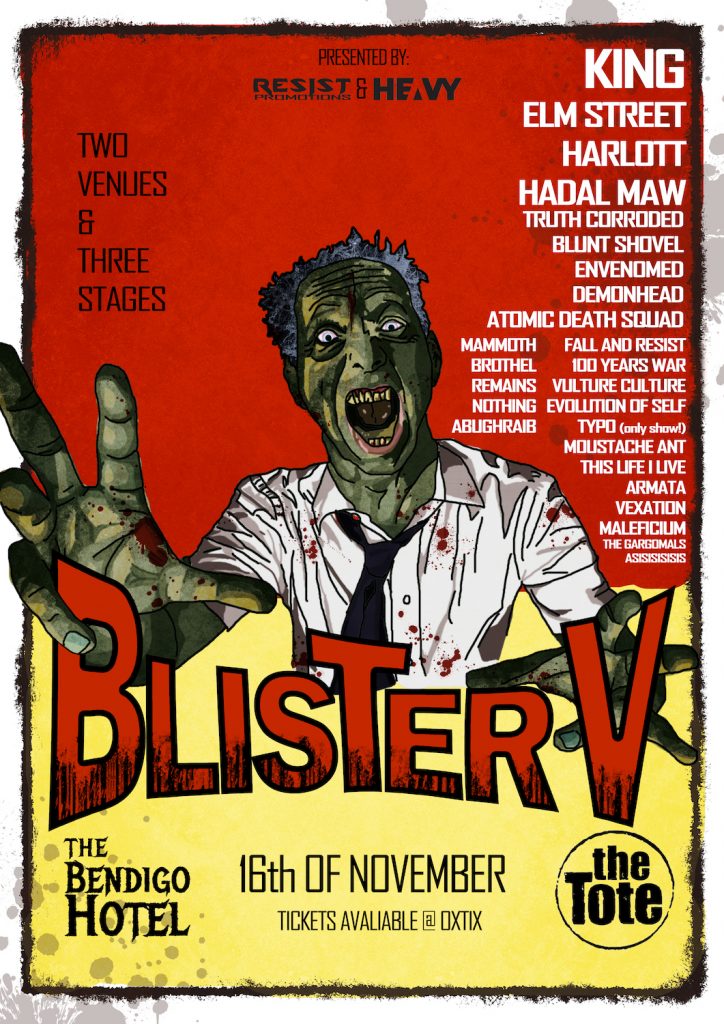