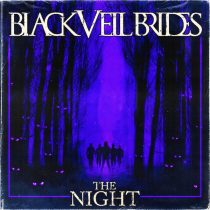 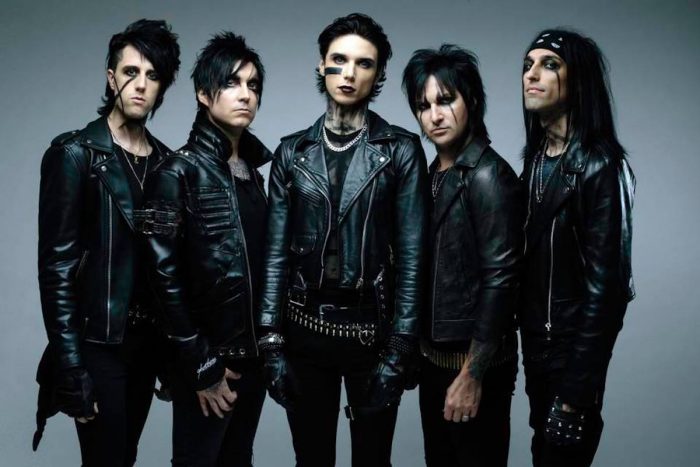 Black Veil Brides. The name for many induces an abundance of jokes, many unable to take the Hollywood shock rock outfit seriously.

But with their brand-new EP The Night (the first release in a string of two-track EPs known as duologies), you may be surprised to find that Black Veil Brides have gotten, well, really good.

The first thing you’ll notice in the opening of single Saints Of The Blood is just how excellent a musician guitarist Jake Pitts is. His fingers do a dance across the neck of his instrument that could easily put him up there with the best guitarists of today, his power metal runs very impressive. Anthemic chants typical of Black Veil Brides are of course, present, though they’ve gone with a far less decorated approach to their melodies (see the aforementioned guitar runs). And that’s a good thing because it’s leaving them exposed so we can appreciate the maturity they’ve developed.

They came, they went, they’re back again–Black Veil Brides exude far more heavy metal tones than they ever did before, and we like it.

But, of course, there’s still remains an element of singer Andy Biersack trying to be that alluring frontman, the single’s accompanying video yet another opportunity for his eyes to make love to the camera. It’s the kind of potion that will, as it always has, work on preteen emos struggling with their personal identity, but for those of us who’ve known the band since their inception, his prowess will only induce some heavy cringing.

Similarly, the video for second single The Vengeance is visually spectacular (though still includes Biersack’s cringeworthy eyeballing), showing, like every other aspect of this release, a maturity and creative development in the Black Veil Brides camp in all areas.

Maturity aside it’s worth noting that yes, Black Veil Brides have returned to their 2010 We Stitch These Wounds days of black war paint and excessive emo-goth attire, a trigger for discussion as to how the band will reinsert said image into the future music scene with any more duologies (come back later for more thoughts on that one).

They came, they went, they’re back again–Black Veil Brides exude far more heavy metal tones than they ever did before, and we like it.

STICK THIS NEXT TO: Motionless In White, Asking Alexandria, Falling In Reverse