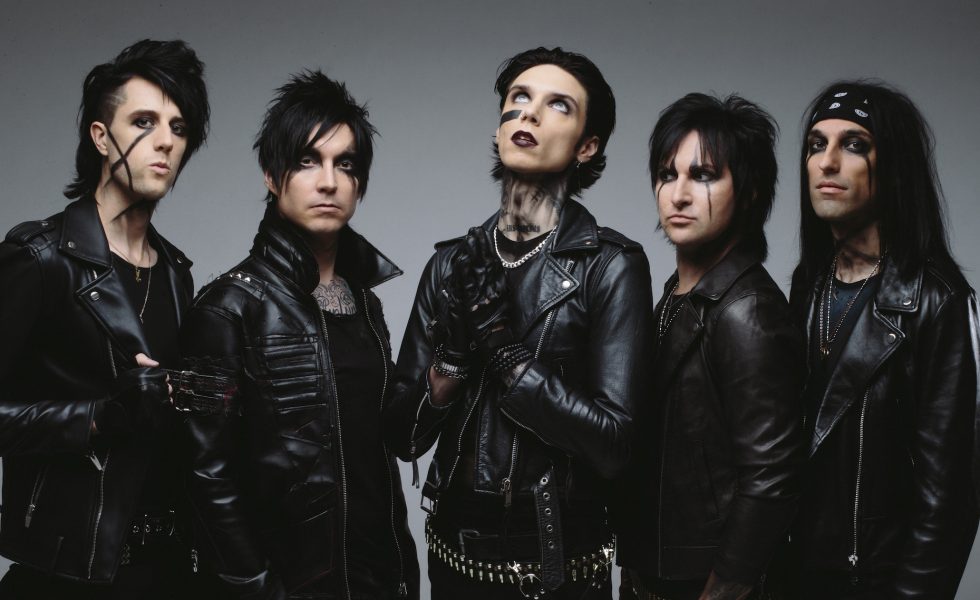 Feb 24, 2020 / WORDS Joe Treston / With a rightful reverence for the pop cultural icons of the past, the young outfit has nevertheless fashioned their own collective future, with relentless fury.

After a long absence from our shores Black Veil Brides have announced their first Australian headline tour in six years.

The band will be packing out venues in Brisbane, Sydney, Melbourne and Adelaide throughout June this year.

This tour is coming off the back of two new tracks released late in 2019; Saints of the Blood and The Vengeance. If these songs are anything to go by the upcoming shows will be bursting with vigour and bigger heavy metal sounds than ever before.

Despite the claims by some that rock is dying, if not already dead, Black Veil Brides are able to tally up over one million monthly listeners on Spotify, and tick over half a billion views on their music videos. The band’s latest full-length record shot to No. 1 on the US Billboard Top Hard Rock Albums chart and they have also secured multiple Alternative Press Music, Revolver Golden Gods, and Kerrang! awards.

Black Veil Brides have always provided a sound for the dismissed, forgotten and isolated since their humble beginnings almost 14 years ago. This aspect of the band is most prominently on display at their live shows where highly devoted fans will scream their anthems in unison with a power matched only by the band’s own presence on stage.

The dynamic group are no strangers to the stage either with an enormous amount of heavy shows, big and small, under their belt. From appearances at festivals such as Download Festival, Aftershock and Rock on the Range, to touring with rock legends such as Slash, Motley Crue, Bullet for My Valentine, and Avenged Sevenfold. Their most recent tour was a co-headline tour with Asking Alexandria in 2018 and was so well received it ended up being extended by an extra three months.

The monumental band has secured themselves as an un-moveable force in the heavy scene, inspiring a resilience, unwillingness to compromise and a resistance to critics in their fans around the world. If rock is dead, it is about to be brought back from the grave on stages around the country in June.