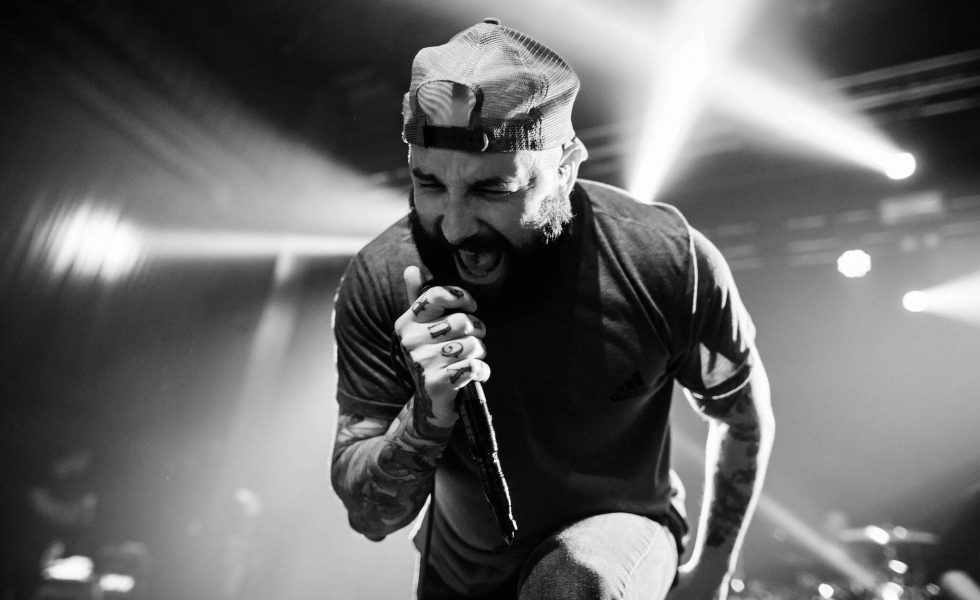 Well we can pretty easily call this the metalcore show of the year. Yes Northlane are coming to town next week with their own bumper sold out show but August Burns Red cut their teeth a bit earlier than the Sydneysiders. We’re all here to bear witness to proof of that, with their 10 Years of Constellations tour ready to take on 170 Russell.

Melbourne’s hardest working deathcore act Gravemind have a full stage to play with this evening. That includes lighting and space for the record, which most openers aren’t privileged enough to be provided. A perfectly co-ordinated light show means that their set has significantly more impact than the usual RED LIGHT GREEN LIGHT the lighting guy throws on for a laugh. Their latest release Conduit takes up the bulk of their runtime which sees Phantom Pain gaining a few dedicated singalongs. It’s a personal favourite off the record so good to see everyone else frothed its more melodic elements. Lifelike closes out the set with a bustling heap of bodies reaching vocalist Dylan Gillies-Parsons as he screams “I think it’s time we woke up”. 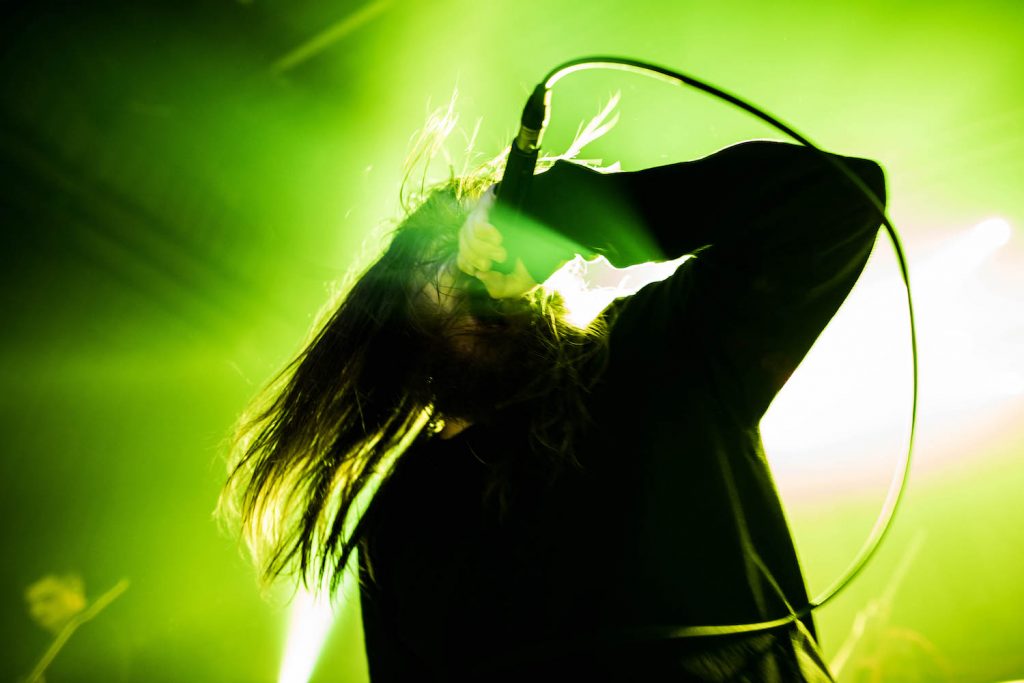 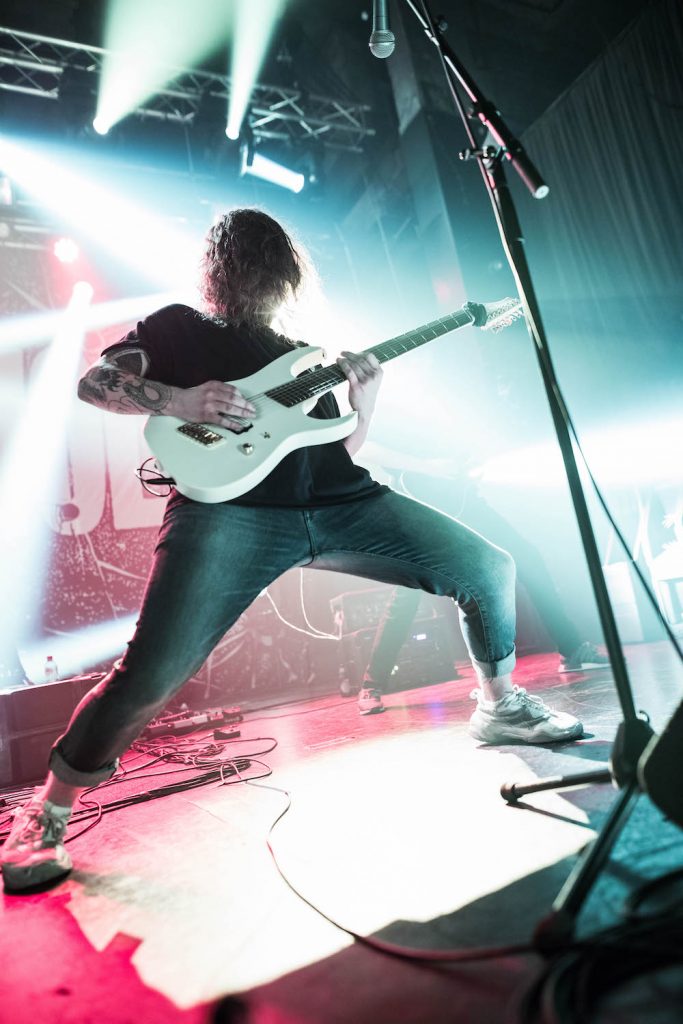 If August are the old, Alpha Wolf certainly are the new face of metalcore. Powering through the entirety of their latest EP Fault they have a circle pit already going for No Name which really doesn’t suit one but hey, we’re all having fun here. Breakdown after breakdown pummel the venue and a mate of Hysteria’s is in awe with guitarist Sabian Lynch’s anime a e s t h e t i c as much as he is of his guitar playing. Personally we’re a fan of vocalist Lachie Keogh’s bucket hat because honestly, besides a backwards red baseball hat is there anything more metalcore than that? Is it just us or did they end with The Lonely Bones rather than Golden Fate; Gut Ache? Perhaps the latter is too light for tonight’s crowd. A heap of older clientele have been won over with the grins reflecting the grim blue lighting that fades following Alpha Wolf’s departure. 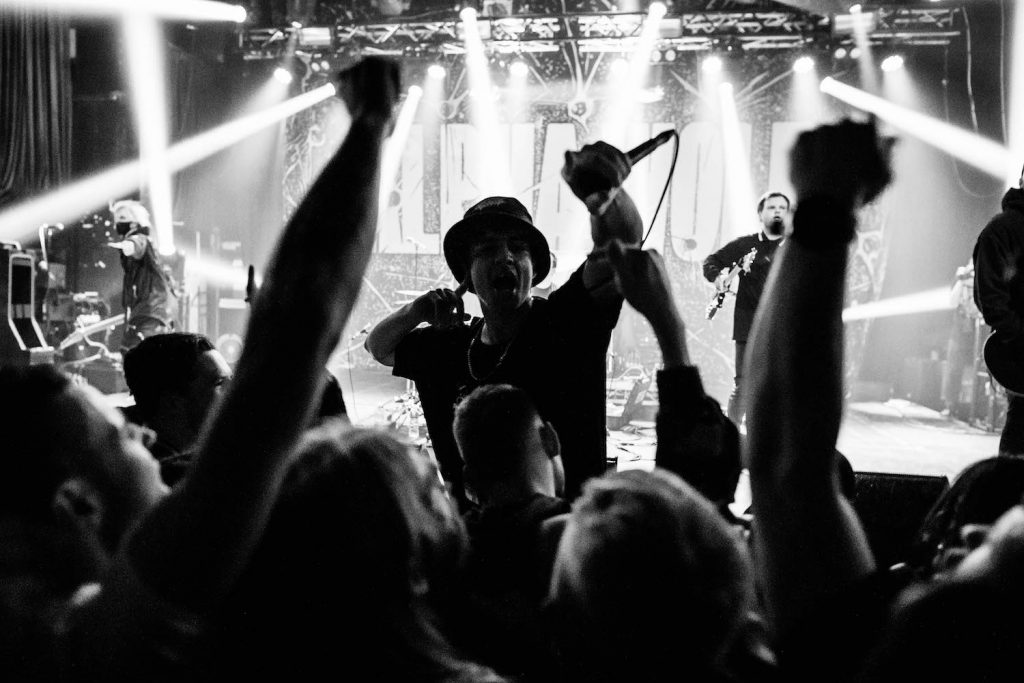 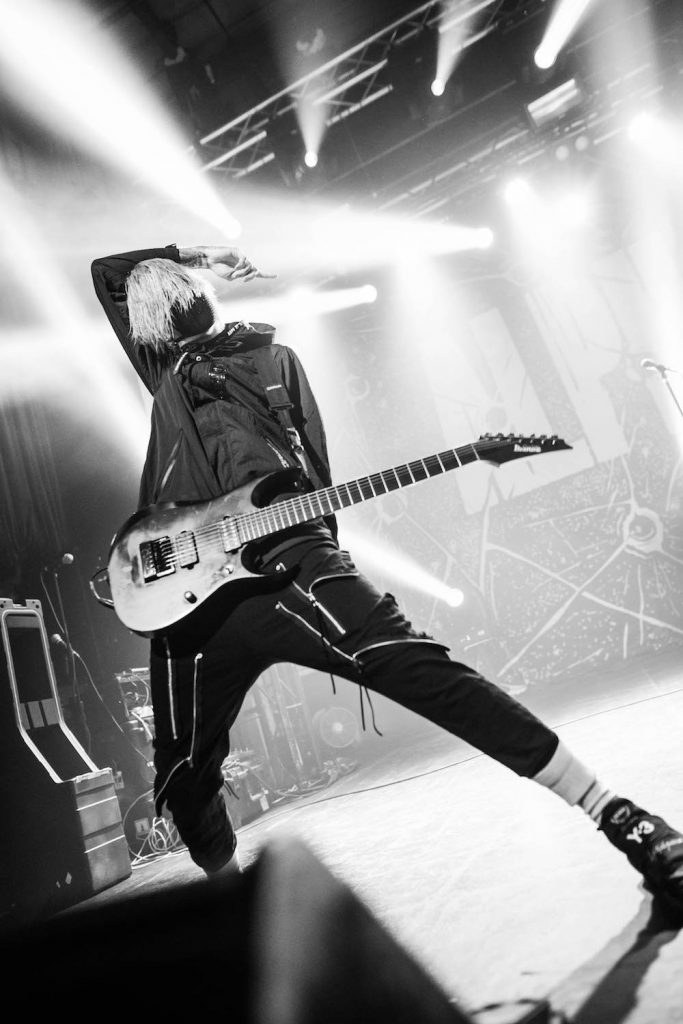 No time for discussion; August Burns Red arrive on stage to absolutely RIP into Thirty and Seven. It blew the minds of teenagers in 2009 during its release and the sheer force is blowing them now. Guitarist JB Brubaker’s tweedling riffs and Matt Greiner’s masterful double kicks are perfectly showcased early in the record so what better way than to open with album opener? The eternal question is whether to play the album entirely in full, or save the crowd favourites for last. August share this reviewer’s belief that it’s best just to run straight on through and favourites be damned. Anyone who’s in the building is likely going to be here for the deep cuts so why not give them equal airing? 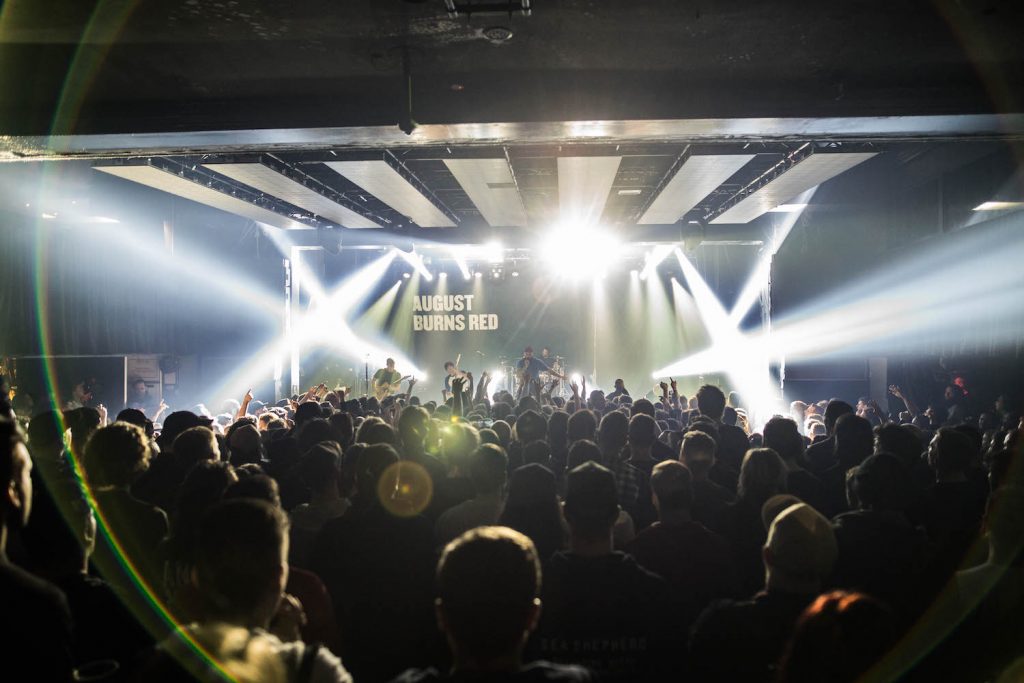 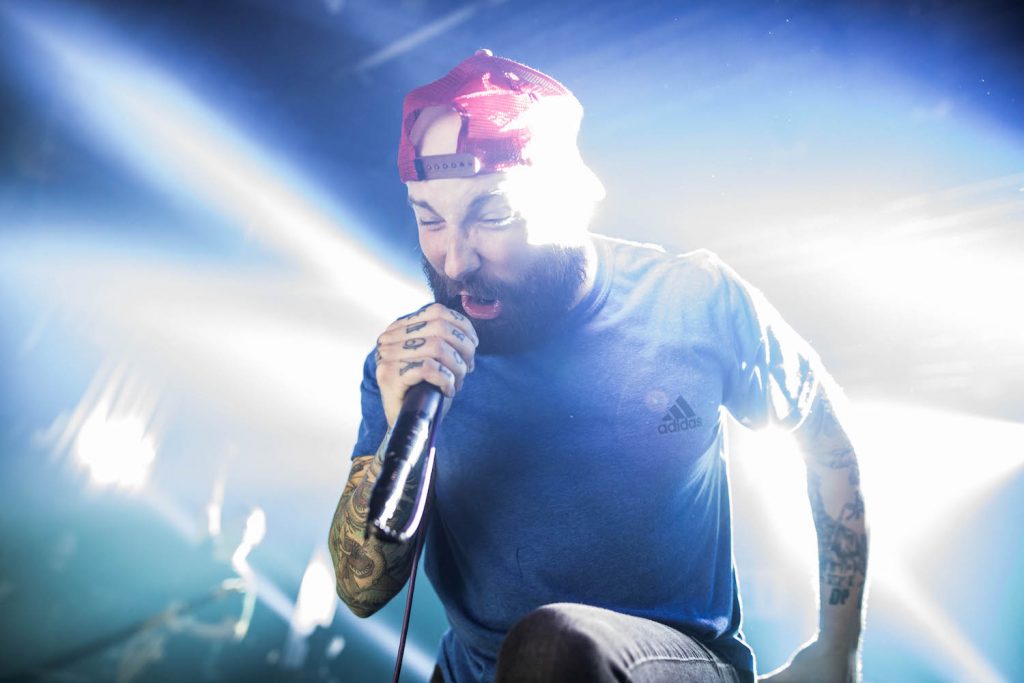 August were arguably key to popularising the best parts of metalcore and giving it a well deserved push towards technical mastery. Not ones to take the easy route of a drop D chugfest, August have the chops to take on old masters of the genre like Converge for sheer skill. Vocalist Jake Luhrs has his own display of expertise, swinging his mic around to perfectly time killer screams when they’re needed. Constellations is a lot to hear back to back; there’s not much time for respite. Especially when the calmer moments like the brief opening seconds of White Washed are, oh I don’t know, opening the usual set ender? Cheers go up and the sweaty mess of people on the floor jostle around to get their hands up and twinkle the hell out of some riff fingers. 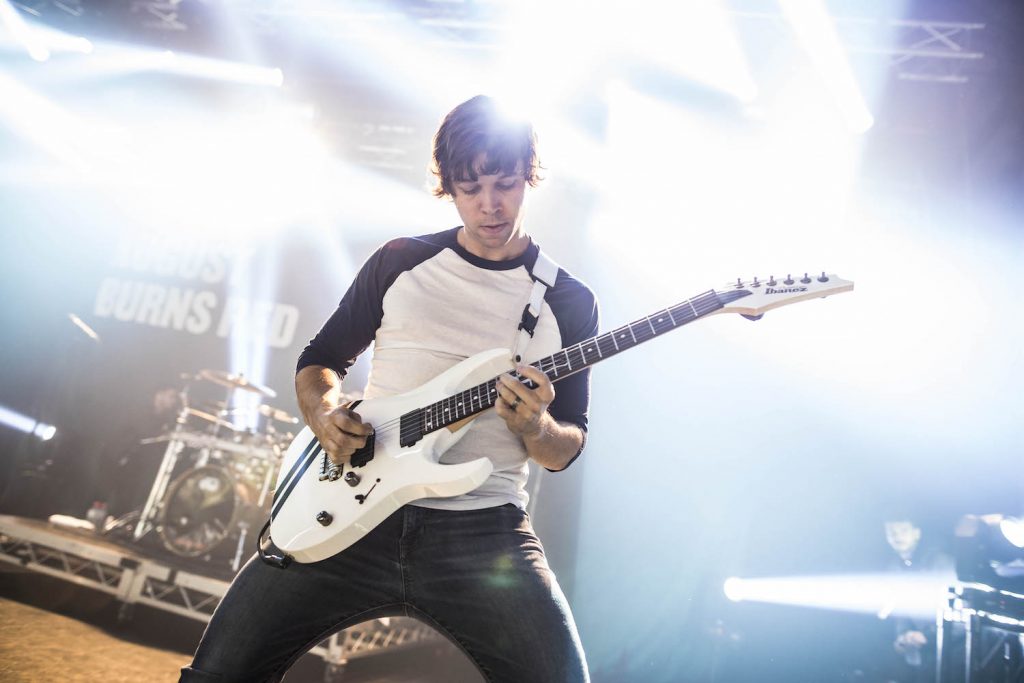 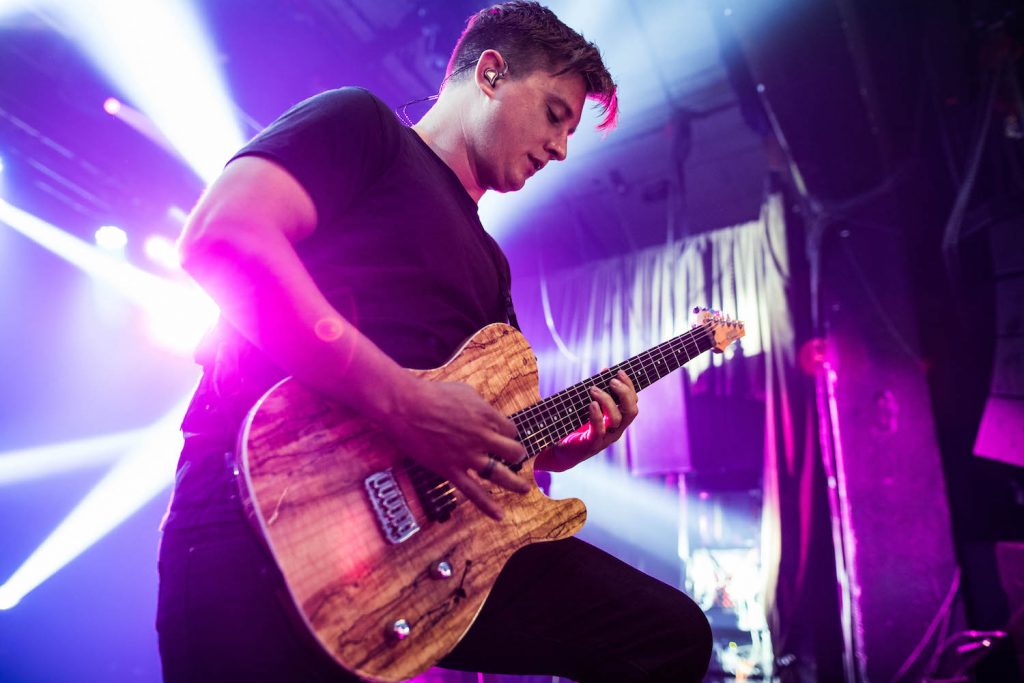 Punters would be forgiven for thinking they’d reached the end of the set by the time Crusades ends. They’ve got enough instrumental skill to make anyone watching actually think they can pull off what Greiner and Brubaker have just pulled. We probably don’t deserve an encore for the money we’ve paid out tonight considering Constellations is a stacked 12 tracks already. Said punters would be forgiven but entirely wrong, as the intro to 2015’s Ghosts starts playing. From then on we rush through a mini greatest hits, with Invisible Enemy, Invisible Enemy, Empire and Composure that’s essentially free of charge. 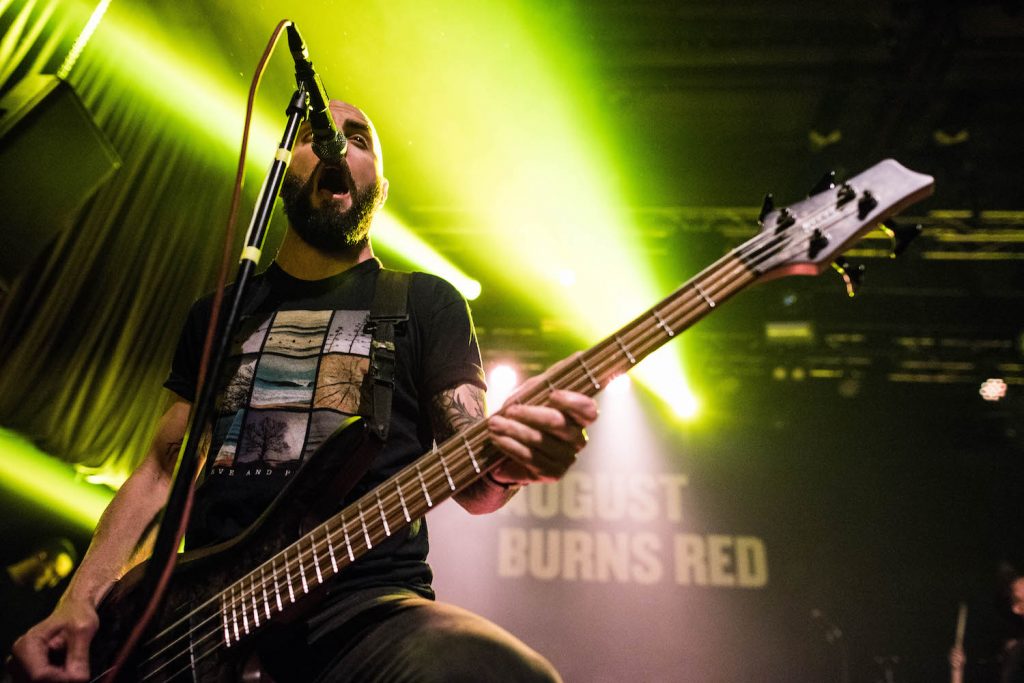 Do you like free riffs? Do you like free, additional breakdowns included in your ticket price. Because right now, judging from the people still lifting their arms to twinkle their fingers to Brubaker’s noodling, we’ve got bang for our buck. At the time of writing no other city has sold their venue out. It’s not too late to attend a metalcore masterclass from kings of the genre.