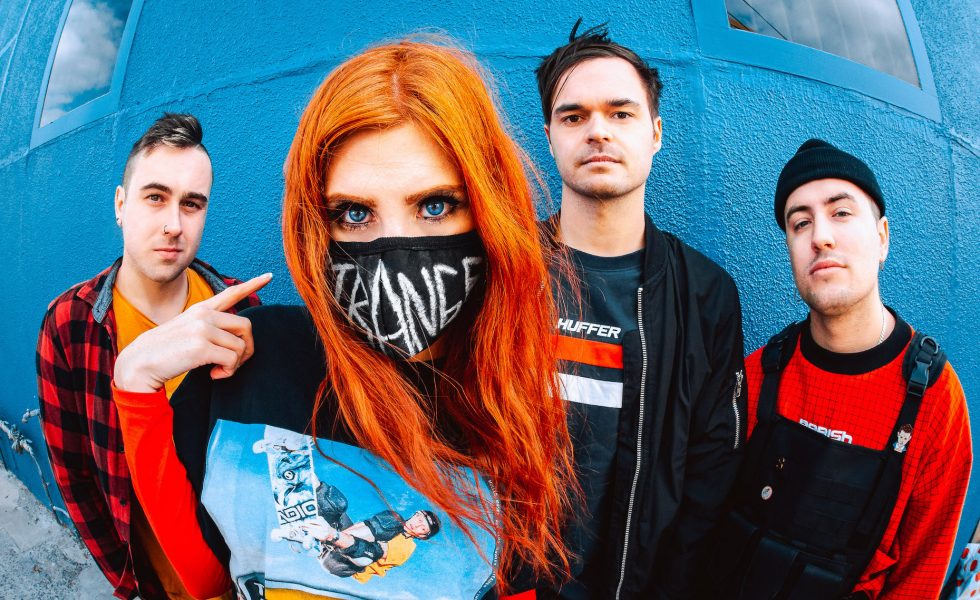 Marking twenty years since Rage Against The Machine fought The Battle For Los Angeles, Sydney heavy rockers and Halloween Hysteria featured players RedHook have re-ignited the war with a blistering cover of Guerrilla Radio. Listen below.

Blockin’ the M3 and movin’ on Ultimo, the video shows the band destroy their surroundings somewhere on the Central Coast. The video was directed and filmed by David Owen Blackley of Her Name Is Murder Productions (Ocean Grove, Norma Jean, The Amity Affliction).

The track was produced by Stevie Knight (Trophy Eyes, Stand Atlantic) and mixed and mastered by Andrew Wade (The Ghost Inside, A Day To Remember.

As for choosing the iconic protest song, vocalist Emmy Mack explains in a statement: “When I was a kid and first heard this song, it changed everything for me. Rage became my gateway drug to the worlds of both metal and rap.

“The powerful message behind the music is just as relevant now as it was in 1999 when The Battle Of Los Angeles first dropped. Injustice, inequality and abuse of power are still rampant. Our political systems are corrupted by big business and vested interests at almost every turn, and even in the face of the freedom of information brought on by the internet age, the wealthy puppet masters who control the mass media still exert a terrifying amount of influence over the democratic process. Not to mention, the planet is dying! We have a lot to be concerned and angry about”.

The Battle for Los Angeles became one of Rage Against The Machine’s most popular and critically acclaimed albums, released in 1999. It gained “Best Album” awards from TIME and Rolling Stone magazine. It was also a featured track in video game Tony Hawk Pro Skater 2. (Yes, that t-shirt is a deep reference!)

The band changed some of the lyrics to reflect the current political situation in New South Wales such as the ongoing “war against music” by the State Government.

“We didn’t want to try to copy what Rage did, nobody could ever hope to replicate de la Rocha’s swagger or Tom Morello’s pioneering guitar solos so we did our own thing,” Mack says. “I even tweaked some of the lyrics in verse two to reflect something that was really pissing me off at the time we tracked it – the NSW Government’s protracted war on music and youth culture. I hope Zack, Tom, Tim and Brad don’t mind!”

You’ll be able to catch RedHook and heaps more awesome acts at Halloween Hysteria on 25th and 26th October. Getting tickets? What better place than here? What better time than now?