AUDIO REIGN // From Your Monitor To The Moshpit 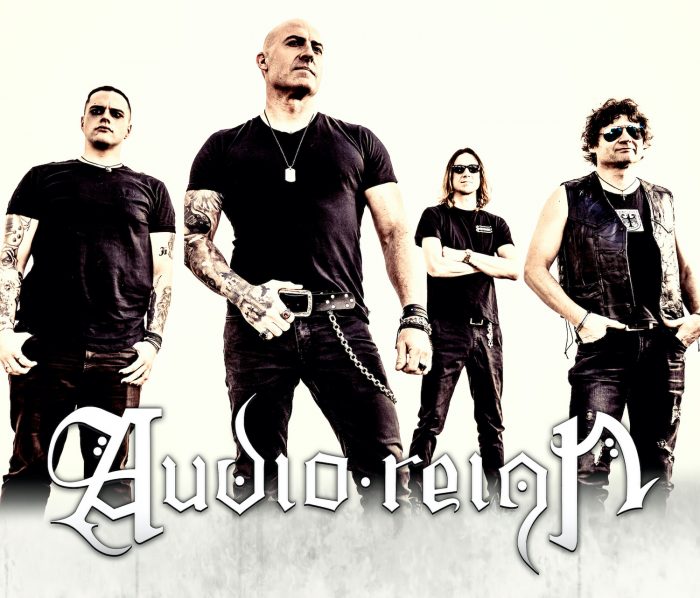 Audio Reign is here to tear up the stage—virtually, that is.

The rock lords recently dropped their single Relentless, and now they’ve teamed up with NETGIGS for a super special live stream performance. It’s set to take place on Sunday, July 18th, broadcasting straight out of Adelaide’s Crown and Anchor hotel. With so much excitement ahead, we caught up with frontman Jake Fleming for a chat.

Hysteria: How keen are you for your upcoming live stream?

Jake: We wanted to do something outside of the square, but it’s hard to think of what you can do in these times. We put our heads together, spoke to our mates from NETGIGS and the option to do VR was there. We thought that was perfect. We can’t wait to do something new and fresh. If it weren’t for COVID, this probably wouldn’t have come to life so quickly. It’s changed how things are rolling out for bands. There is no avoiding it. If you want to be heard now, that’s how you’ve got to do it. The fact that we can do a live show in Adelaide, have people come along and still get it out to the world is great. And if you can’t come along, we’ll still put you in front of the stage with virtual reality. It’s a game-changer.

You’ve played some massive gigs in the past. How do you feel about transitioning from a live crowd to a slightly more virtual one?

We’re going to treat it the same way we do any show. We’ll give it everything we’ve got and put the same energy into it. The fact that it’s streamed does put that extra pressure on us to not stuff up [laughs]. We’ll still just treat it as normal and rock hard.

The fact that we can do a live show in Adelaide, have people come along and still get it out to the world is great.
[ Jake Fleming ]

The show comes in support of your recent single Relentless. Tell us what inspired the track.

Relentless is a song about having a goal, making a plan and going through it no matter what- just never giving up and being relentless, as the song’s title says. This song was written so everyone could apply it to their own lives and situations. We’ve got our own meaning to it. We just always want to have something lined up and be focused. We’re a band of brothers, and we won’t give up. We are relentless. We hope people can resonate with it, and it’ll inspire them to do whatever they need.

How’d it come together?

We were actually going to record it earlier. With all the things not happening and gigs being cancelled, we decided to focus on writing instead. We went to our engineer, and he was booked out. It turns out everyone was thinking the same thing (laughs). He couldn’t put us in for four months, so we had to wait. Now that it’s actually released, we’re excited.

We’re going to do whatever we can! We’re still writing, and we’ve booked in more studio time. Actually, we just came out of the studio after having recorded a few more songs. You will see more singles, and there could be an album soon too. There is a music video coming out for Relentless soon.

We’re going to keep busy and keep smashing it, but we can’t wait to play more gigs and party again eventually.

The Audio Reign Relentless single launch live stream will kick off at 3.30 pm ACST / 4 pm AEST on July 18th. You can catch it right here.