ATREYU // Out in the Open

Feb 24, 2020 / WORDS Brian Giffin / They may have invented Twitter clapbacks, tho 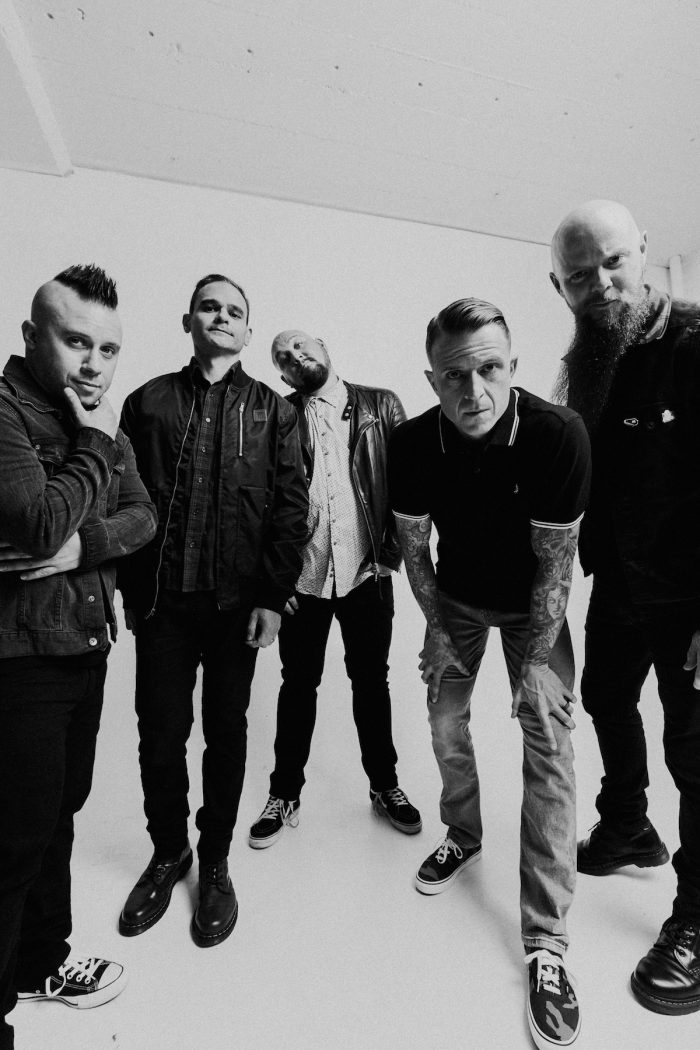 It’s been over four years since Atreyu was last in Australia, but if you listen to bassist Marc ‘Porter’ McKnight tell it, there’s few places they enjoy playing more.

“We give everything we’ve got, every show we play,” he says. “Every time we’ve played a show in Australia, truly—and I’m not just saying this because we’re coming down there soon—it’s been some of the best shows we’ve played in our career. I still remember playing Soundwave in Melbourne, and we were just packed off in this weird little side stage shed… indoor/outdoor stage, and we thought no one was going to show up because no one was there until right before we were on and we were like, ‘Ok, let’s see how this goes.’ And we played the first song and there was just this sea of humans! Every show we’ve ever done there has just been amazing.”

The genre-challenging five piece return to Australia this week for their first shows since they toured with Bullet For My Valentine in the wake of the release of their sixth album, Long Live. In every regard a comeback album, Long Live marked a new start for Atreyu following a self-imposed hiatus that lasted almost four years.

“It was a time in our lives when we really needed to take a break and have a think about what we wanted to do,” says drummer Brandon Saller, “and we’ve come back a better band because of it. We’re having a much happier time now than we were having before we went on that break and it allowed us to have a bit of a shift musically too.”

“Sometimes,” McKnight says, “life gets to a point where you’re like, ‘Ok, this is great. I love this, but I really need a break’. Most of the dudes in this band have been in this band since they were teenagers. They just wanted to see what it would look like from outside it. They had been in this band for over ten years. And that’s what they did. Spent time with family and friends, some started families, travelled around, and everybody did what they needed to do until we all said, ‘We miss it. We want to bring Atreyu back’.”

Atreyu’s membership is remarkably solid, clocking up almost sixteen years without a line-up change. Porter puts that down to respecting each other’s space and knowing when to leave one another alone.

“It’s like you’re married to four people. We spend more time with each other than we do with anyone else in our lives. So you’ve got to learn when someone’s having a bad day, you just have to leave them alone. You’ve got to learn that you’re not in control of everything, and to respect peoples’ space, and it’s not always easy.”

Every band has their fans and detractors, but Atreyu certainly seems to be one of those groups where the division is extremely clear: people either love them, or really, really don’t like them. Both Saller and McKnight seem perfectly happy with that.

“I’m okay with that,” the drummer says “People are very passionate one way or another. If everybody loved your band, I think you’re doing something wrong.”

Vocalist Alex Varkatzas was the target of ire for many after his controversial claim in a 2018 interview that Atreyu “invented metalcore”. There were definitely other bands who were sharing that label before Atreyu existed, but there is little doubt that the Orange County five piece were one of the earliest bands to move the genre closer to a metal direction than the hardcore punk influenced acts of the early to mid 1990s.

“At the time, I don’t think we realised what sort of an impact we were making,” Saller says. “We just wanted to make music and try our best to sound like ourselves. We weren’t out there trying to create a new sub-genre of music.”

While Atreyu helped to popularise many of the tropes of the metalcore genre, they have also displayed a predilection for stepping outside the circle into other aligned genres from straight-up arena rock to goth and emo.

The bassist has often been forthright about his musical influences, many of which come from beyond the world of rock, let alone metal.

“We have a lot of different influences. Every one of us listens to completely different kinds of music,” he says. It’s what makes Atreyu the band they are. “I don’t think any of us has ever given a shit about trying to be a cool metal band. I was born and raised in Alabama and I grew up listening to Johnny Cash. I listen to Paul Simon. I like all sorts of music, and I think that defines our band. We’re going to write what we want to write and we’re going to do what we want to do, because the second you start to write for anyone else except yourself, it’s fake.”