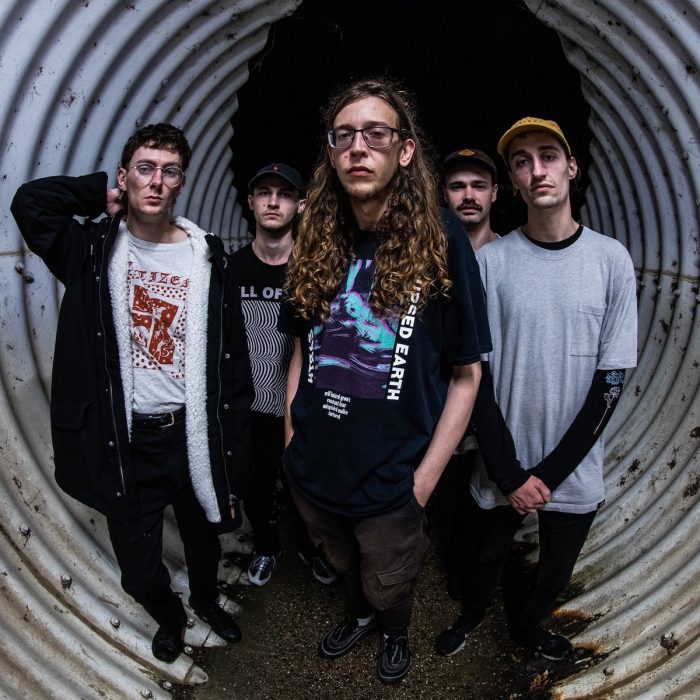 Ballarat’s own metalcore outfit Anticline have just unleashed their newest single and video Headspinning Bias to the world.

The band explain the meaning behind the lyrics, “Headspinning Bias is an exploration of frustration, and the surge of action incited by self-doubt and anxiety.”

“A sort of coronation for the afflicted as they struggle free of the malaise and lethargy thematically presented in our first EP Hesitancy. Headspinning Bias is the dizzying escalation from hesitancy to … something more,” says the band.

The epic track was recorded and produced by Jamie Marinos (Alpha Wolf, Gravemind, Windwaker) and perfectly encapsulates everything we love about metalcore—heavy breakdowns and in your face screams that will make listeners sweat for a good sesh in the mosh. Since the release of Headspinning Bias, the song has received a tonne of positive feedback as well airplay on both triple j and Rage.

The video was filmed in Anticline’s hometown of Ballarat, using a creepy tunnel and a rooftop for scenes of the band’s energetic performance. Luckily, it was filmed back in February before the world went into lockdown and the band got a chance to show the world what they’re made of.

Anticline have spent the past couple of years dropping banging singles as well as their debut EP Hesitancy in 2018. They were featured on the iconic Greyscale Records Showcase alongside Alpha Wolf, Antagonist A.D and Gravemind, and supported local legends Saviour and Deez Nuts, as well as U.S favourites Knocked Loose.

Apparently, the lads have some new music in the woodwork due to be released at some time this year, so definitely stay tuned for that.

Anticline’s huge track and video Headspinning Bias is available to watch, stream and purchase on all good platforms.