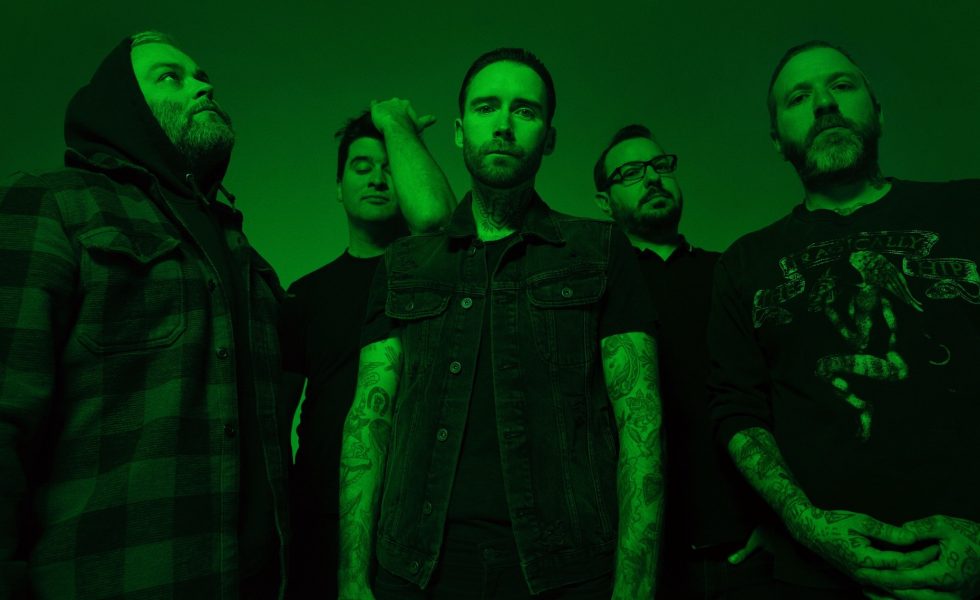 ALEXISONFIRE // Just Hook It To My Veins

Well, well, well, if it isn’t Canada’s favourite post-hardcore sons back from the brink. When Alexisonfire announced they were splitting up in 2011, it hurt.

A breakup following a tweet teasing a new album so heavy it’d “make Dog’s Blood look like a ska record” was always going to sting. Maybe it’s why so many long-term fans’ ears pricked up when, in February, the band cleared their Instagram feed and uploaded three black squares–one of those cryptic signs in band land that usually means Something Good is about to happen. Opening with the screech of guitar feedback, “Familiar Drugs” is the sludgy new single we didn’t know we needed. It’s AOF firing on all cylinders, picking up right where they left off with Dog’s Blood back in 2010. Frontman and notorious shirt ripper George Pettit hopped on the phone to explain how we ended up with new music in 2019 and what the road ahead looks like for The Only Band Ever.

When you announced your breakup, it seemed like it was more final than a hiatus – I don’t think any of us imagined we’d be back here just yet. What about you though? Did you ultimately know you’d make music again as Alexisonfire?

No, when we first decided to call it a day, we were doing the farewell tours and we had every intention of never being a band again. But, time goes by – we were still in each other’s lives, we were around each other, and you know, there’s no real animosity… We all landed on our feet after the band so there’s really no reason for us to hold any sort of breakup too precious. We got offered the shows, we started playing the shows, and then the next logical step is… I mean, we’re close quarters with everybody all the time, we might as well write some music, right?

Looking back on it, do you think the breakup was necessary to get to where you are now?

Oh absolutely. I think at the time it might’ve been uncomfortable for everyone. I mean, you were kind of raised by the band. [Chris] Steele was 15 when the band started – we were all teenagers and we grew up on the road. Then when the band stopped, we all had to get our bearings and figure out how to be humans again. Spending a bit of time away from it was good. Back when we were fully touring the world like eight months out of the year, playing shows was no big deal because I did it every single night. Now that I’m older, I play like 12 shows a year and the nerves come back. I get nervous. And I get to use those nerves on stage. I remember in the early days I’d get really nervous before we’d play but then I’d always play really well because I’d have that bit of fear in me. Now a little bit of that is coming back and honestly, I think we’ve improved as musicians in the meantime. We’re playing better. If you’re coming to see Alexisonfire now, you’re seeing the best version of Alexisonfire. Hands down. Mentally we’re all in the best state we’ve ever been in as well, so it’s great to be back.

The group text with Alexisonfire right now is getting quite schmaltzy.
[George Pettit]

“Familiar Drugs” is a total showcase of everything there is to love about Alexisonfire – there’s always been such a unique dynamic between the five of you. Can you tell us how we ended up with a blistering new song seemingly out of nowhere?

It took us almost a year to get it completed, just because we wrote it while we were on the road and it’s been difficult to align everyone’s schedules to do proper rehearsals. We’d get together once a month, and then once we had demos of a few songs we thought were good enough, we booked studio time and had three days in a studio. Out of that session, “Familiar Drugs” was the one that seemed like it was the most together so we focussed our efforts on that. I guess it is pretty spectacular to watch… we get back in the space together and the old familiar roles come into play. None of us can really see what the song is gonna be until we’re all involved, and then when we all get involved, it becomes Alexisonfire, right? We all make music individually, but when we all get in the same room, we make Alexisonfire. And it doesn’t always sound the same, but it always sounds like Alexisonfire. I really think that the band is everyone putting their own stamp on the song. I’m excited to release more.

I read a quote of yours about “Familiar Drugs” where you say it represents something very specific for you… That leads to an interesting idea about creating music and the ownership of it – once you put a song out there, it takes on a life of its own. Do you find that that’s happened a lot in your career?

Absolutely. I feel like I write clearly esoteric lyrics at times and it means a lot to me, or I write something specific, and someone interprets it completely differently. I remember when we made Old Crows / Young Cardinals (2009) people would come up to me and be like, “Oh man, ‘Young Cardinals’… It’s about, like, the Bush administration, right?” And I’m like, “Yeah! Sure! Yeah absolutely it is!” It’s not. It wasn’t for me. But that’s the thing: Art is just intention verses interpretation, and at times the interpretation is as meaningful as the intention of the artist. In that quote, I think the label wanted me to explain “Familiar Drugs” because it’s called “Familiar Drugs”… They wanted to make sure I wasn’t glorifying drug use or something like that. And that’s not what it’s about at all, so I gave them a fairly vague description of what I was writing about. But I also recognise that it could mean a lot of different things to a lot of different people. For me it’s about doing things to better myself and being presented with an opportunity to do those things – but then choosing not to. That’s something that I struggle with. And it can be writing songs, it can be being creative, or doing things that are healthy for me. I have times in my life where I buck against it and that’s kind of what the song is about for me.

The response from fans online has been overwhelmingly positive. Did you anticipate that you’d return in such a big way?

It’s been mental. So much of my daily life is not that… It’s not me being a rocker, some internationally travelling musician. I’m a homeowner, and a husband, and a father. Those are my day-to-day things that I have to deal with. And I love those things very much. But they’re very different things. So anytime the world of Alexisonfire ramps up again, it’s like, do people really care that much? I’ve been so removed from it, you have no idea. And the answer is of course yes, they care very deeply, because each time we announce something, it gets bigger. People have been very receptive to the idea of us releasing music and playing shows again, and it’s very encouraging on all fronts. I tweeted this a while ago, but the group text with Alexisonfire right now is getting quite schmaltzy [laughs]. We’re all very happy and enjoying that it’s been received as well as it has. It’s tough having real life and then band life and trying to adjust all the schedules and get everything worked out so that I can feed all the beasts at once, but I still really enjoy doing it.

There’s been a lot of mystery around the release of “Familiar Drugs” and what you guys have been up to. Is there more new music on the way?

I can tell you this: there will be new music at some point. Whether or not that’s a single, whether it’s an EP, whether it’s an album is yet to be seen. But I can tell you that when we get together and we get creative, it’s productive – we make a lot of things. If it were possible for all of Alexisonfire to align their schedules so that we had two months where we could just be in the same room as one another, we’d have such a wealth of new material. But the way our lives are, I don’t think it’s gonna line up that way right now. In the meantime we’re working on things, I don’t have a timeline just yet, but things are moving. I can’t give you any solid details but I can tell you that you don’t have to hold your breath for it.

By the same token… Do you have any plans to bring those reunion shows down here?

We have nothing planned yet, but I know that Australia is undoubtedly my favourite place to tour on the planet and that’s not just me blowing smoke up your arse, it’s always such a joy. The last tour there, I brought my family and saw Nick Cave play in Sydney, which is probably one of the most Australian things I’ve ever done. It was just a really incredible experience, as it always is coming to Australia. I would assume at this point we would love to come back but as of right now we have no planned dates. But it’s something that will most likely happen even if it’s not on the cards quite yet.

I watched the live stream you guys did from the House of Strombo in Toronto and a few minutes in there’s a hole in Wade’s amp. Tell me that show was as wild as it looked.

In the first song there was a hole. We punched a hole. It was great. That’s how we got our start, playing in basements and playing house shows, playing in local rented halls, playing on the floor where the crowd is right in front of you and you’re on the floor… That was us for the first years of the band. And it’s fun to go back to that. We really cut our teeth in that sort of environment so it feels good to go play a house show or a very small venue. 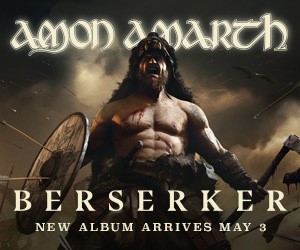