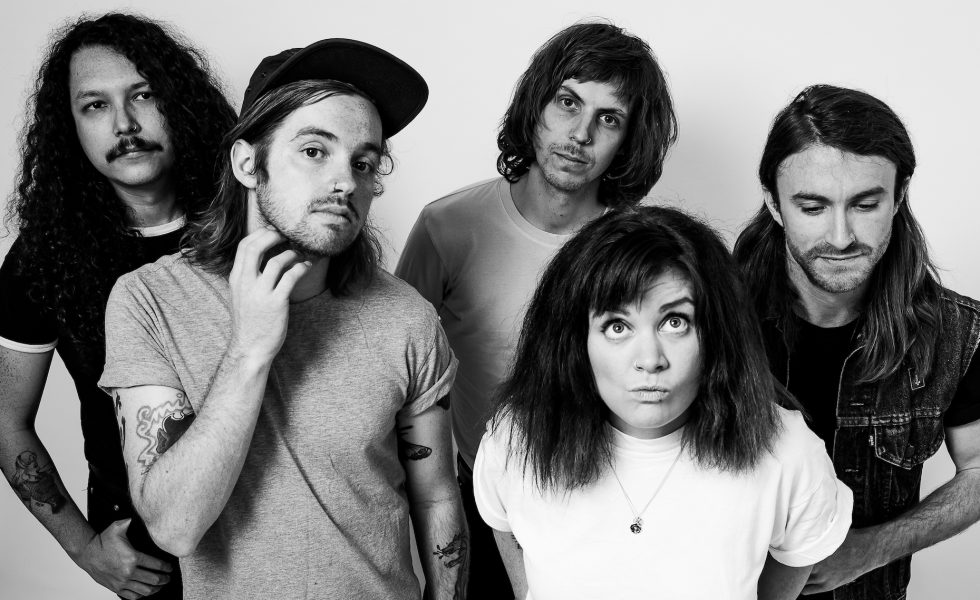 CLOWNS // Ready To Release Their Spiciest Record Yet

Melbourne punk band Clowns have never been one to confine themselves within genre boundaries and their forthcoming album Nature/Nurture proves that more than ever!

Ahead of the album release, drummer Jake Laderman catches up with Hysteria to discuss Nature/Nurture, the challenges of starting up a record label and, most importantly, hot sauce!

Nature/Nurture was written with a specific theme in mind. “We had the idea of one side of a record being nature and the other side representing nurture. It’s a theme that we came up with a few records ago that we hadn’t entirely figured it out. When we started writing this record, it was decided early on that that was the theme and we were gonna roll with it. So, from there we basically tried to figure out how you can make those two opposing themes fit together on record. It worked out pretty well!” The idea is also represented visually, the artwork featuring an illustration of natural Australian flora trapped within a ribcage which captures the beauty of nature being restrained by the harsh reality of death. “The artwork was done by a guy called Rodrigo and he really nailed it!”

In describing the sound of the record, Jake explains “ I find that this record is honestly, like, nodding at all of our records in some way. It’s all stuff that we’ve all sort of dabbled in and we’ve thrown elements of all three of our previous records into one. We kinda honed in on a lot of the things that people like about our band from previous records. Like, we’ve got a few more hardcore songs in there than our previous record. I suppose we’re always taking influence from other things to get new ideas and expand on what we’ve already done. I guess we took a bit of influence from just experimenting with different instruments. The last song on the record, for example, Nurture, is a good one; We use a sitar on record and took influence from the sound of a harmonic minor scale. That worked out pretty cool.” Jake laughs as he describes collaborating with the sitar player “It was funny, when we got the sitar player in, he was like ‘Oh, it’s good that you wrote the song in the write key for the sitar!’ And we were like ‘Oh shit! we had no idea! Just sounded like it would fit!’” 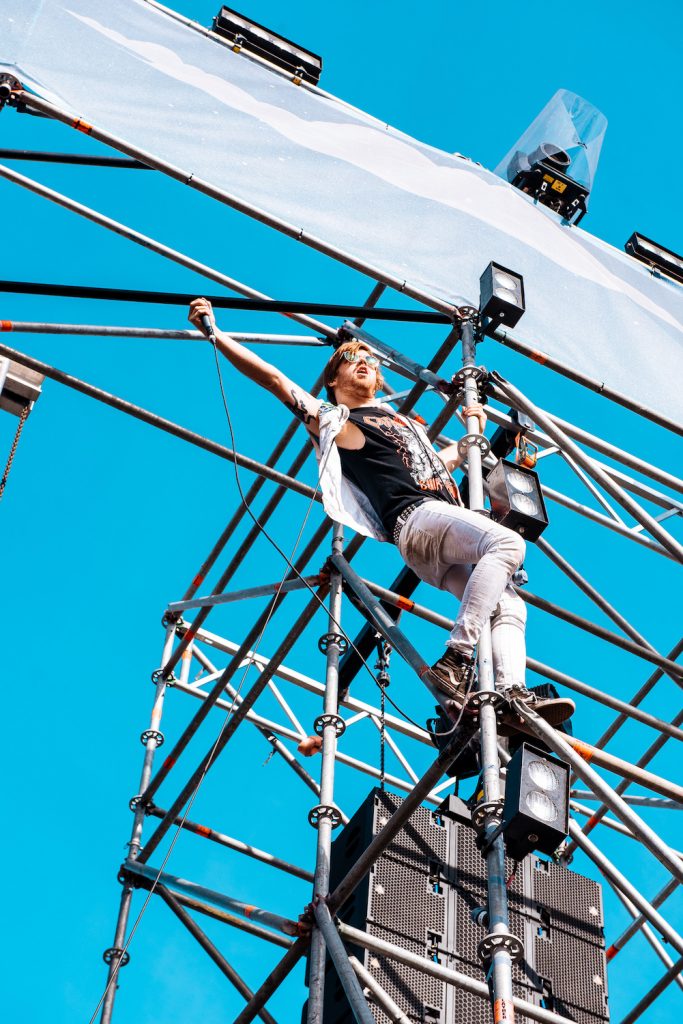 Nature/Nurture will be the first release through the bands newly formed, self-created record label Damaged Records Co. “It is a lot more work than you think it is!” Jake exclaims. “All the things that we have previously had the pleasure of being done for us by other labels is now our responsibility. A lot of graphic design. A lot of setting up web-stores and websites. A lot of distribution. There is a lot to it. It’s been a huge learning curve!” Jake likens the business aspect of managing a record label to “Going back to school.” Jake continues, “ I feel like there are just a lot of tasks!  So, I mean, a lot of emailing and liaising with distributors, figuring out marketing plans, doing a lot of artwork stuff, a lot of preparing and scheduling, making a release plan and stuff like that. I suppose it kinda feels like going back to school again. Just a lot of assignments and making sure that they’re done as good as they can possibly be done. We’re really putting everything into it. It felt like the right time to try and do something like this.”

While on the topic of record labels, Jake confirms that the band are very excited to be working with international punk powerhouse Fat Wreck Chords, who will be distributing Nature/Nurture internationally. “It’s exciting!  They’re a group of people that we’ve liaised with over the last couple of records. It is really cool to have them on board this time.” Over Fat Wreck’s 29 year existence, Clowns are only the second Australian band to be signed to the label. When asked how Frenzal Rhomb are feeling about being kicked off the ‘Only Australian band signed to Fat Wreck’ pedestal, Jake responds “They’re pretty good friends of ours. I haven’t actually spoken to them about it … but I’m pretty sure that they’re all furious about it.” before laughing “No, honestly, I’m sure they’re stoked for us.”

Honestly, for years and years we just toured our asses off to just be able to afford it and be able to get through it. But, it appears that a bit of persistence and continuing going back to a certain country, it pays off!
[ Jake Laderman ]

Clowns have attracted a strong international following resulting in opportunities to play massive events such as SXSW, Riot Fest, Groezrock and Wacken Open Air. “I think that we’ve always sort of dived into opportunities when we were a young band and we just never really looked back. I suppose one thing starting any band is financial restraints. There’s so many times that you can get opportunities like that but being able to make it happen is difficult. Honestly, for years and years we just toured our asses off to just be able to afford it and be able to get through it. But, it appears that a bit of persistence and continuing going back to a certain country, it pays off! I feel like our European crowd is always growing and it’s at a really healthy level for us now. We love going back there and playing all kinds of different festivals and meeting new people. It’s a really big area for us now, which is great!”

Jake agrees that international audiences tend to embrace Australian talent more than our own country does. “There is something about Europe, yeah I think you’re right, there is something about Australians that people seem to really like and I can’t quite put my finger on it, but there’s so many Australian bands that appear to do well. I think that especially in Europe there’s something about it that they love. And another thing that they really embrace in Europe is punk rock, anything loud. Which, I definitely feel like Australia is a little bit behind on. However, it is cool to see just how much is going on over there and how many events there are how many bands you can have touring at one time. So it’s a really awesome place to go.”

Clowns are known for their explosive live presence, something that Jake feels comes naturally for the band. “I think that we don’t think about our live show much further than the setlist. I guess we’ve been a band for so long that we just know what we do and everyone just does their own thing and it appears to work. I think that we’re really conscious of having a set that just flows and a set list that is kinda quick, we don’t have many breaks in the set, it’s just kinda go from the second we get on stage! I feel like that’s probably as much preparation as we put into anything. [Laughs].” 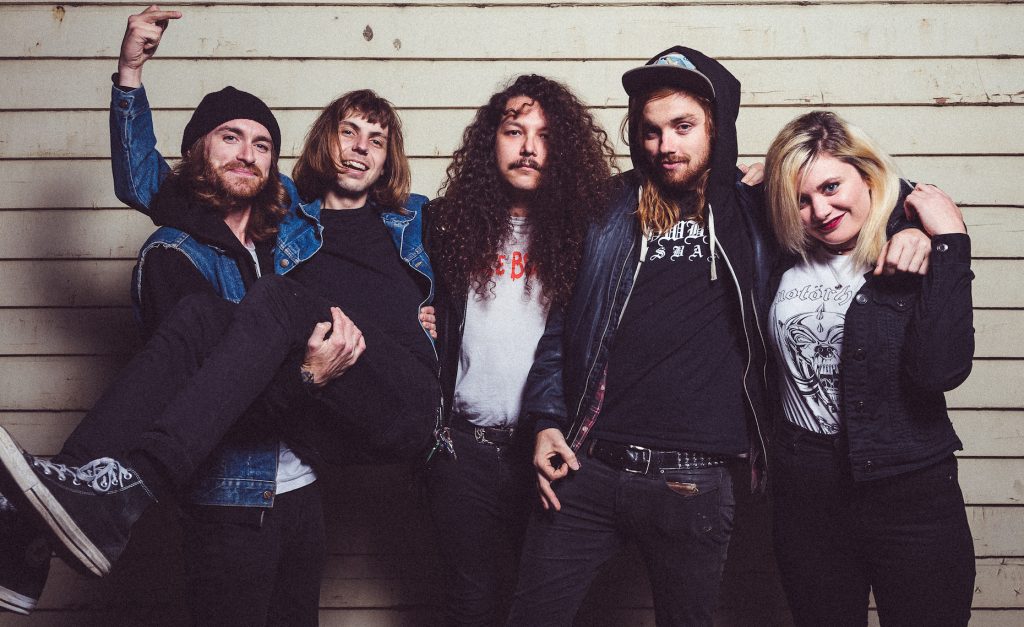 In keeping with the nature versus nurture theme, Clowns have created a hot sauce using opposing flavours. “Yeah! I didn’t even consider that! But you’re right!” Jake laughs. “The hot sauce has been the funnest part for this whole record for me. Myself and a few other band members are like HUGE hot sauce fans. I think I’ve got, like, 30 to 40 different bottles of hot sauce that I’ve collected at my house. It’s a bit of a spiral. Once you get into it, you get really excited about new flavours and your tolerance builds. I’ve got a really strong tolerance for chilli’s now. Like, nothing is that hot to me anymore. The people that made this hot sauce are really good friends of ours. It was just so cool to have a part in making a hot sauce. For it to come out as good as it did was so exciting. Honestly, I don’t wanna brag but it is a really good hot sauce!” So good, in fact, that it recently took out an award at a competition. “We entered it in this competition called the ‘Mr Chilli Awards’ in NSW and it took first place in the tabasco category. That was cool. Honestly, the Punk Rock Peppers guys, Jason and Michael, told me straight away that ‘This is actually so good that we’re going to enter it in this competition because we feel like it’s going to win’. They had won a bunch of other competitions and they felt really confident about it. It’s just really delicious!”

As of yet, there have not been any official tour announcements, but you can expect to see Clowns out on the road pretty soon. “We’ve got plans to announce something pretty soon. We’ve got an Australian tour in the works, as well as a few overseas things. I think we’re gonna have a pretty busy second half of the year.” 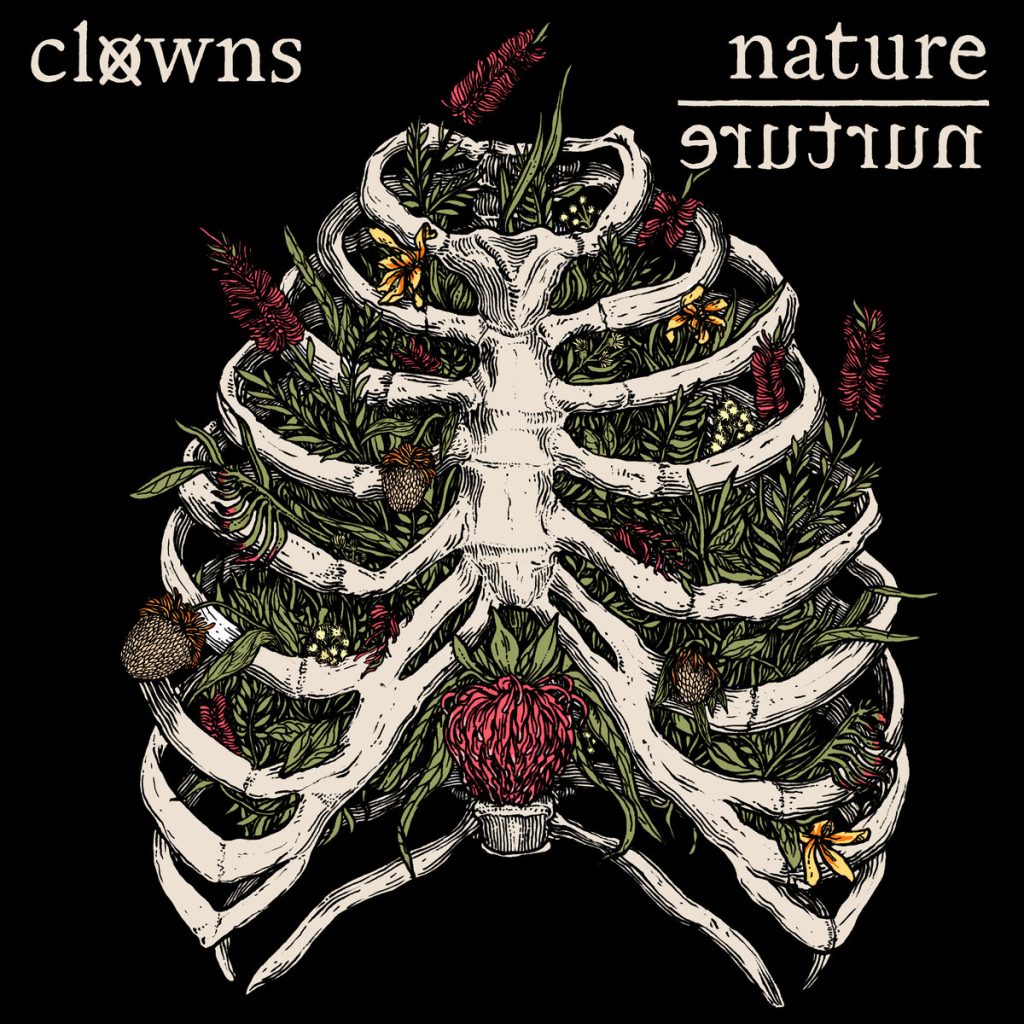