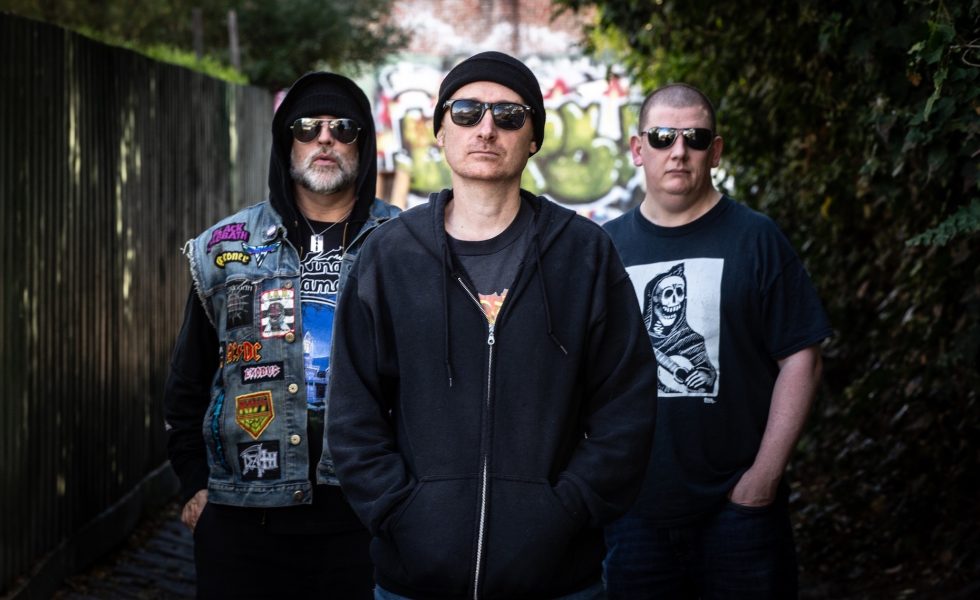 ALARUM // Width Of A Circle

“It has been a long time between albums,” says Alarum frontman Mark Palfreyman with quiet understatement, “and we just wanted to make sure that, firstly, we include John (Sanders) – this is the first album that John’s been a part of, even though he’s been in the band for nine years.

Obviously playing and touring was a good way for him to get his musical abilities and ideas into the band, which was new and exciting for us, and also Scott returning to the band.”

Almost a decade since the release of their last effort, the Melbourne progressive metal band has released its latest album, Circle’s End. The recording is only the fourth for a group whose history extends back to the early 1990s. Bassist and vocalist Palfreyman is the only member whose tenure with Alarum has seen him appear on all their albums. Guitarist Scott Young originally departed in 2007 but returned a few years later.

“Scott wasn’t on the last album, Natural Causes, but he was on the first two,” Palfreyman explains. “It’s a good mix of old and new mixed together and we’re pretty happy with how it turned out.”

Natural Causes was recorded after a period of international interest in the band but following the departure of Young and original drummer Matt Racovalis; the line-up changed yet again after that, when founding guitarist Mark Evans left and Palfreyman took a completely new Alarum to Europe to tour alongside his other band, Canberra-based progressive death metal unit The Levitation Hex. One of the guitarists of that group was Scott Young.

When everything falls apart, it’s important to have something close to you to help you keep it together, and music’s always been that for us.
[ Mark Palfreyman ]

“With The Levitation Hex, I knew that Scott wasn’t doing anything at the time Adam (Agius, formerly of Alchemist) and I started putting together the band. Scott was always a fan of Adz and anything he does, so it was just a question of, ‘If you’re not doing another band and want to relocate?’ and he was all for it. After we returned Ryan (Williams) decided to leave and move back to Queensland and it just seemed fitting that Scott was ready to come back in and start afresh, so it was good.”

Alarum has also faced a revolving door of drummers that have included Rob Brens of Dreadnaught and King Parrot and current Dyssidia timekeeper Liam Weedall. When it came to recording time, however, The Levitation Hex once again provided.

“On the record, Ben Hocking recorded the drums for us,” Palfreyman says. “We’re really happy with how it turned out.”

As stated, Circle’s End is a blend of the old and new. The album’s material dates back to Young’s previous time with Alarum along with some of Sanders’ ideas—the interlude Crystal is one of his – and songs that came together as they worked.

“Some of the material contains ideas that we were working on after Eventuality …,” Palfreyman says. “They were ideas we had been working on when Scott left in 2007. Those songs weren’t used on Natural Causes. They were put on hold, and when Scott rejoined, we decided to rework them. I had a couple of ideas myself from that era too, that I had put on hold until the right combination of Scott, John and myself to rework for this album. There was a few new ideas that got introduced over the course of jamming songs, and we’ve got plenty of ideas left to play around with for the next album.”

The title concept was sparked by the name of a band Young had come across. It was a fitting metaphor for a band that has faced a constant cycle of departures—there are no original members left now—but has continued in the same direction since the beginning, expanding on its sound without abandoning any of its key aspects.

“Obviously, a circle doesn’t have an end point,” the vocalist explains. “[The title] can also be a reference to doors open/doors close, and it was really about staying true to the themes of the band that we’ve touched on previously with the first three, and then with this one integrating elements of those but also doing something new. It’s also looking at a point where Scott had been in the band, he wasn’t in the band, recording stuff without him, then him coming back … there wasn’t any defined lines. It just seemed fitting to describe the band as it is right now, and with John in the band, it’s also a starting point—but there’s no starting point: it’s a circle!”

The glorious artwork that accompanies the album is also a reflection of the band from its genesis, incorporating the powerfully positive nature of the music and their lyrics. In spite of the haphazard nature of its existence, Alarum has never wallowed in misery.

“There’s elements from the previous three album covers, and aspects that have always been in our music, about self-improvement and self-realisation and looking at and understanding life, so it’s all tied in with that and keeping a positive frame of mind. When everything falls apart, it’s important to have something close to you to help you keep it together, and music’s always been that for us.”

With their sterling new effort just freshly minted and talk already about material for another album, it’s clear that Alarum aren’t letting their chequered history bring them to a halt. Many others would have given the game away long ago, but Mark Palfreyman and Alarum are true to their message.

“It was difficult,” he concedes, “because we started to get going and then it would come to a halt, so I suppose what we had to do to keep it going was to stay focused. It has been nine years, but it hasn’t been too often during that time where we haven’t caught up and rehearsed and jammed and still continued to do what we do. It’s never easy being in a band, but it’s fun and we enjoy it and that’s why we continue to do it.”