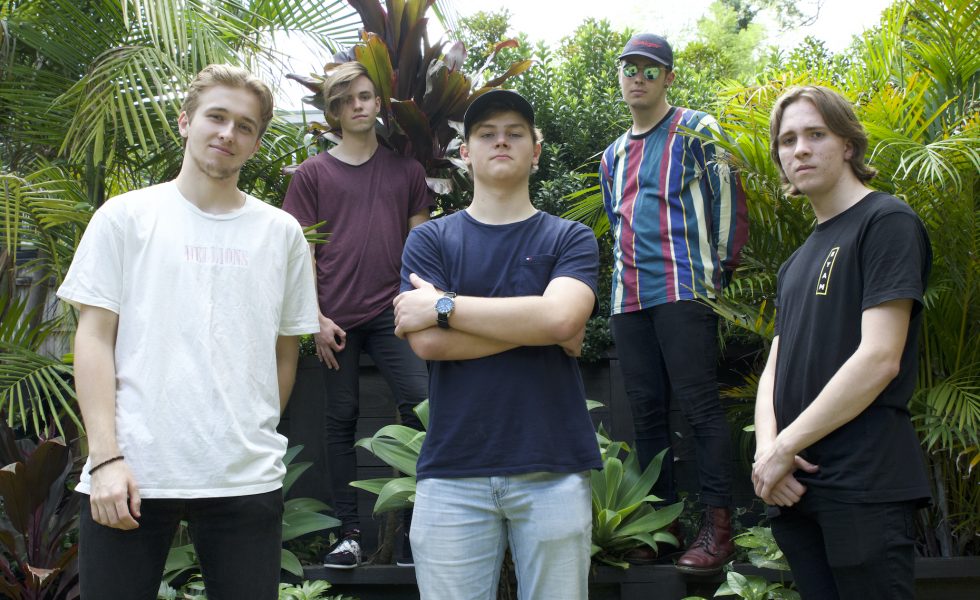 AFTERTHOUGHT // Some Were Born To Sing The Rainfall Blues

Afterthought is the product of five mates coming together to douse the world in their wholesome pop punk beats, and their brand-new song Rainfall Blues is one of their best releases to date.

With a broad range of influences spanning from Neck Deep and Death Cab For Cutie, to Aussie rock legends Slowly Slowly, their versatile and expansive sound is the perfect addition to your breezy spring playlist.

“Having such a broad range of music taste in the band makes it so good when we’re writing because there’s so many thoughts and so many different ideas coming in and it makes it so fun,” says Afterthought vocalist Max Day.

“Writing and playing music for all of us is such a passion and a joy and more than that, we’re some of the best mates that you could have.”

Although Rainfall Blues has a cheerful tone to it, Max says, “The lyrics came from a place of a feeling of pain and seeing someone out there that you really care about and they’re happy without you, but knowing that that feeling is okay, and it’s fine to feel that sort of thing. Knowing that sometime in the future, everything’s going to be alright.”

We’re excited to go down a new path and explore some different styles and hope everyone loves it as much as we do.
[ Max Day ]

Rainfall Blues marks a new era of Afterthought, who are coming back with a new and more energised version of the band.

“It’s a bit of a second wind for Afterthought, I think it’s a bit of a different approach to what we’ve done previously. We’re excited to go down a new path and explore some different styles and hope everyone loves it as much as we do.”

After the success of their debut EP Full Circle back in 2018, the boys are back working towards another EP that will be dropping around the end of the year or early next year with Rainfall Blues as the lead single.

“We’ve been spending quite a bit of time together recently writing together and recording bits and pieces where we can, so we’ve got some really exciting stuff coming up.”

“It’s a little bit daunting releasing music and not being able to play it live, but I think we’re trying to see the light side of the situation. We’ve got a lot of time to catch up and workshop as a group, write new sounds and new songs so that when everything comes back live, we can really hit it hard and play some great new music.”