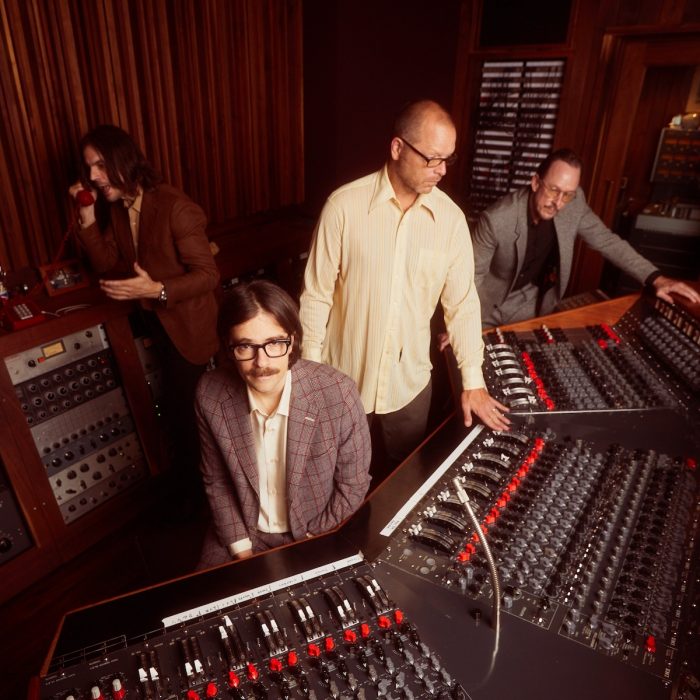 Weezer has shared details of their fourteenth studio album OK Human, set to drop on Friday, January 29th via Crush Music/Atlantic. To celebrate, they’ve also shared its first single, All My Favorite Songs.

2020 was set to be a huge year for the Californians, who hoped to drop a ‘big riffs’ rock record, paying homage to the metal bands that soundtracked their youth. This changed due to the global pandemic, with frontman Rivers Cuomo instead writing an album inspired by The Beach Boys‘ Pet Sounds. Over the course of their summer, the band (along with a 38 piece orchestra) used all analogue technology to put all the pieces together.

Weezer is Brian Bell (backing vocals, guitar), Rivers Cuomo (vocals, guitar, piano), Scott Shriner (backing vocals, bass), and Pat Wilson (drums). Since forming in 1992, the band has racked up a stack of accolades, including Grammy nominations and a win for Best Music Video (for Pork and Beans). They have sold over 35 million records worldwide and planned to bring some of their legendary tunes to Australia with the Hella Mega tour; alongside Fall Out Boy and Green Day.

All My Favourite Songs is available to stream now.