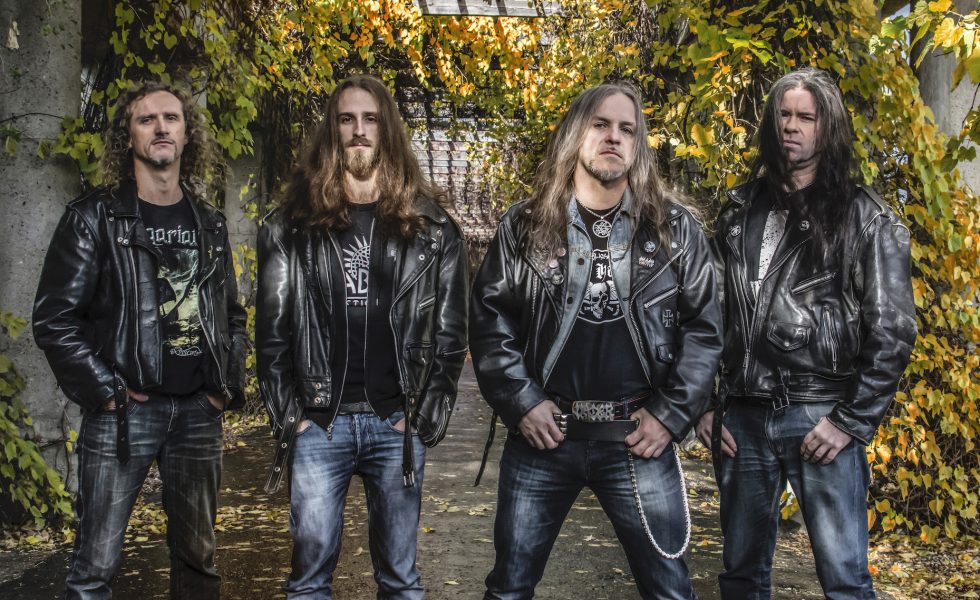 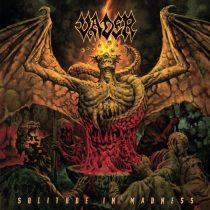 Just when you think we’ve shut off the faucet to old school death metal thanks to deathcore, in bounds Polish calvalrymen Vader to drown us all in their bloodthirsty riff attack.

Olsztyn OGs through and through, Vader formed in the twilight of the Iron Curtain, cutting their teeth with homemade instruments and bucking bureaucracy to record their first album The Ultimate Incantation in 1993, ten years after their official formation.

Eschewing their usual Polish studio and producer and opting for Scott Atkins (Cradle of Filth, Behemoth, Amon Amarth) at Grindstone Studios; a slight nod to where their 37-year journey began.

You’ll be forgiven if you think this album is an EP, clocking in at a shade under half an hour. In fairness, this is taught death metal that doesn’t belabour riffs to the point of exhaustion. Shock and Awe builds upon the Morbid Angel formula of, well, shock and awe. Blast beats pummel and guitars flail about with wild abandon, sounding like crazed physicians performing chainsaw amputation … with no anaesthesia!

Solitude in Madness is a prime slab of old school death metal; an aging sound revitalised by new surroundings and bold ideas

Sounding in your face and mixed to within an inch of your nose, Piotr Wiwczarek’s gutturals have an organic grittiness and texture to them; brief attack Despair folds him into breakneck drums and thunderous guitars as a glorious cacophony of sin.

Undoubted highlight Sanctification Denied dials things back to a thrash level of intensity; the album is better off for it. Death creeps along instead of slashing and hacking its way across the sonic canvas, impressing with technicality rather than sheer brutality. Emptiness seems to be their ultimate homage to Teutonic thrash, giving dues to Kreator‘s raw yet textured sound, bleeding off speed for a menacing breakdown of sorts.

Crazy to think these guys can do the long-form and quick cut just as well, Bones breaks the record for the longest track at just under four minutes, and is a smorgasbord of heavy driven riffs, fiddly fingers over frets, and of course, punishing drums.

Killing it in the dynamics, Scott’s production ensures there’s an equal weight across the album instead of compressing everything to the hilt. Playing this on a big stereo will likely pay dividends to long tortured ears.

Solitude in Madness is a prime slab of old school death metal; an aging sound revitalised by new surroundings and bold ideas. It’s like Firepower; you can teach Old Gods new Riffs.