TEENAGE JOANS // Announces ‘Something About Being 16’ Single, Video & Tour 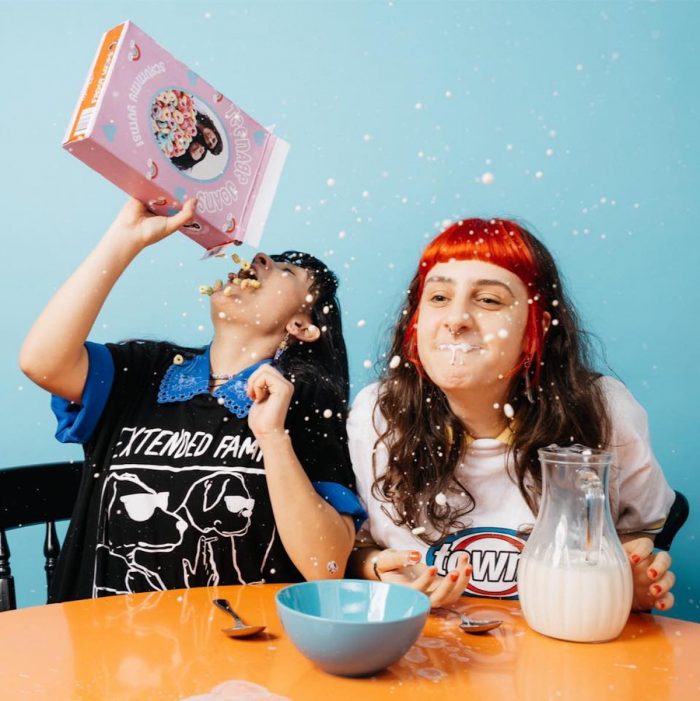 Teenage Joans is the latest indie pop punk duo straight outta Adelaide, and they are hitting back at those awkward, angry and emotional adolescent years in their new single Something About Being Sixteen.

The release of the new single is also accompanied by an “epically fun video”, and the announcement of two co-headline shows with TOWNS and two festival slots over summer.

The new single is described as a “raw and honest” piece of work from Teenage Joans’ personal experiences. Something About Being Sixteen is a “great take on the classic coming of age rock tune, generally closing our live sets with audiences singing every time without fail”, according to the band.

The song features catchy riffs and melodies, expressing the message of “focussing on the emotional turmoil of holding on to a person that shouldn’t be held on to”.

Teenage Joans are the current triple j unearthed high 2020 winners, the band were voted as the South Australian Best Live Act in the 2019 National Live Music Awards, have held the #1 place two years running in the South Australian ‘Heaps Good 50’ countdown, and the duo have performed at Laneway Festival 2019 as part of the Girls Rock! Showcase and were festival highlights at A Day Of Clarity and the Stonecutters Festival.

After recently touring and sharing stages with artists such as Ruby Fields, The Hard Aches, Clowns, TOWNS and Bec Stevens, Teenage Joans are getting back on the road to debut their new single Something About Being Sixteen for four shows around Australia.