Jan 23, 2019 / WORDS The Editor / The successful studios will anticipate these changes and shift accordingly. 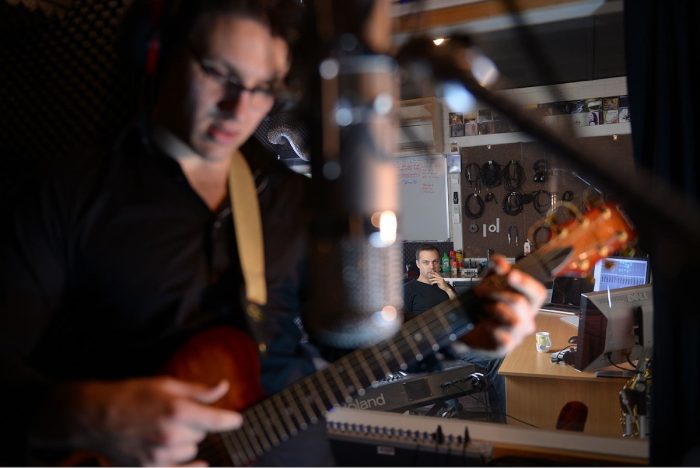 There’s no doubt that technology is advancing very rapidly.

In fact, the change in technological advancement is accelerating and follows closely to an exponential function according to Ray Kurzweil’s Law of Accelerating Returns (http://www.kurzweilai.net/the-law-of-accelerating-returns). To illustrate this trend with arbitrarily chosen numbers, we can say that the shift that occurs in the next year will be equivalent to the past twenty years of human progress, and as time moves forward smaller time changes will equate to even bigger leaps in human advancement.

Whilst this is very exciting (and scary depending on who you ask) it means that it can be increasingly difficult to predict how these changes will impact a specific industry. We often look back at our own lives and how we’ve witnessed technological change to determine how we think things might look down the track. But this is becoming a more inaccurate way of predicting future development.

The recording industry has certainly been impacted by the changes that have occurred so far. It has taken the recording studio, which used to be only accessible to those who could afford to record and made it available to those who wish to setup cable home and mobile recording capabilities. In this article we will look at some of the big changes expected in the area of studios over the next one to five years. You learn more about some of the technology impacting recording studios here.

It’s plain to see what impact the internet has had on the studio and music business over the past twenty years. But we are in a transition period. The jump in speed is about to become very large. We are on the cusp of the 5G network (https://en.wikipedia.org/wiki/5G), and in Australia, we’ve only just had fibre optic become more accessible to the wider public (with questionable results, too). At the moment, the true data rate figures associated with this new network are not available but the numbers that are being loosely quoted (like 6GB/second) are a massive jump in speed with latencies of under a millisecond. How will this impact the studio?

This kind of internet technology will bring the world closer together, and in doing so, will open up new industries and sub-industries that people hadn’t previously imagined. Music teachers will become more likely to teach from their home studios because data latency will be so low, and they will have access to a wider international pool of students. Recording studios will likely become digital concert venues, too, as live concerts will be streamed from these studios and fans will have access to the recording process of their favourite artists. Large data packets will be transferred to collaborating studios on the other side of the world faster. Session musicians will increasingly operate from their home studios. General recording, mixing, and mastering sessions will be more easily attended remotely by clients. This is just a few of the areas in how increasing internet speeds will impact the studio industry.

This is a great time for entrepreneurs in the area of music and audio.

We will start to see menial tasks like placing microphones on a drumkit become something that is performed by robotics. The major advantage here is obvious–the engineer will be able to stay in the stereo field of their near-field monitors and continue to hear the tonal and phase changes that occur as minor and fine position adjustments are made. This will likely happen with outboard equipment, too. One major drawback of using outboard gear is leaving the stereo field to make adjustments to a compressor or EQ and setting-recall. As robotics becomes more integrated and smaller these will more easily become part of the studio outboard equipment array. Sure, plugins do this already, but there are sonic advantages to keeping the signal analogue for as long as possible, too.

Every year that passes brings us new digital plugins and software that continue to reshape the way the recording industry deals with audio. The products that stands out the most are Celemony’s Melodyne and Izotope. Companies such as these continue to push the boundary of what’s possible in the area of audio manipulation. We are currently in an AI summer and machine learning is having a huge impact on what is possible. We will likely see more advanced technologies developed that are designed to assist engineers, producers, and musicians to create better audio results at a much faster pace.

In conclusion, these are a few areas of change that have, and are, currently occurring in the studio business. The successful studios will anticipate these changes and shift accordingly. This is a great time for entrepreneurs in the area of music and audio. We have seen some casualties, like music sales, but these will only be a temporary blip. Ultimately music will thrive as technology continues to rapidly advance at an accelerating pace. It’s an exciting time to be in the studio world!

James has a particular interest in the integration of new technology into modern recording studios and how this modern approach to recording can merge with the techniques and equipment of yesteryear. Learn more about James’ work and his team at www.crashymphony.com.au.