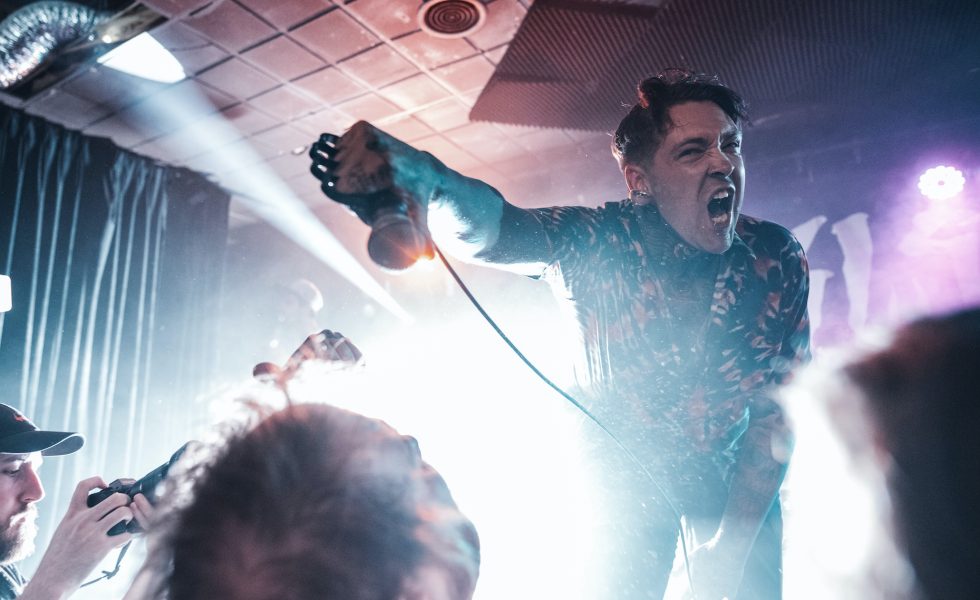 STRIKING GOLD // The Return Of Live Music In Melbourne

After what feels like an eternity of silence in what was a bustling live music scene, we have burst back to life and starting the return to normality with BLKLST, Inhibitor, The Motion Below and The Impaler playing Stay Gold as presented by What We Did On The Weekend.

We caught up with BLKLST Vocalist, Josh Westwick just before the show to talk about the return of live music and more.

So after the gap of no shows in what is normally a crazy live music scene, it must feel really good to be back on stage playing to a crowd, especially a sold out show, how does it feel to be back and to be the first show in Melbourne for 2021 post-Covid?

Josh: It’s nerve-wracking but also super exciting, especially after COVID. And it’s always crazy to be playing a sold out show, to be honest it’s a little surreal for us.

So we have been seeing a lot of different releases and works coming out of that solid block of isolation, did you guys get up to writing or creating during that time?

Josh: Yeah definitely, I live with Ev so we wrote a lot. I won’t say too much, but we have a lot of tracks, just sort of picking and choosing what we want at the moment. Not everything is picked just yet but we have a whole load of stuff done.

Josh: We definitely branched out, but we wanted to make sure we kept the fundamentals. Let’s just say, Its very BLKLST but we explored a little.

Can fans of BLKST be expecting anything soon?

Josh: Absolutely, As I mentioned before, I won’t say too much but we actually featured with a band from Texas by the name of My Perfect End and there is a film clip coming in the near future.

Shortly after, it was showtime, The doors opened for the first gig for 2021 here in Melbourne Post-Covid. It was a buzzing room of 170 eager fans awaiting their first live music experience for over 6 months of silence and isolation.

Firstly, the night began strong with a very explosive The Impaler. The five-piece outfit established in 2020, the new kids on the block The Impaler really set the mark for the evening. A particular highlight being Plague featuring high energy vocals paired with rolling drum lines, a perfect way to welcome back the return of hard and heavy music in Melbourne.

FOR FANS OF: Crafting the Conspiracy, Enterprise Earth, To The Grave.

Secondly, we were treated for a change of pace by The Motion Below.

The metalcore four-piece started their set with a bang. The melodic vocals from vocalist Ryan Matheson, along with the soft guitar riffs was a good change of pace for the night. A particular highlight was January 16th, it really brought a whole atmospheric feeling to the venue. 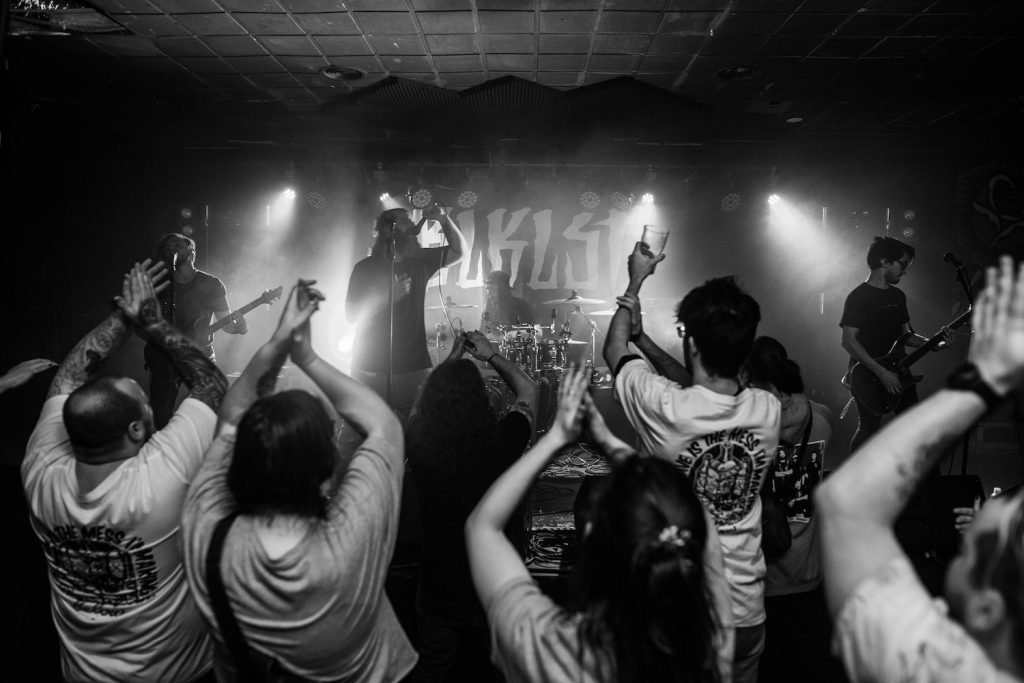 The Motion Below by Jayden Pitts

Then it was time for Inhibitor, for what would be their debut EP release show and their first live show.

Despite a slight technical difficulty, Inhibitor came guns blazing. The entire set was a display of incredible vocals from Jesse ranging from spine tingling lows to strong highs. I would love to highlight during the song Catalyst the intense breakdown, which took the entire crowd by surprise and storm. Inhibitor are definitely setting a bench mark for Melbourne deathcore. The set was high intensity from the beginning all the way to the end.

FOR FANS OF: Whitechapel, Signs of the Swarm, Aversion’s Crown. 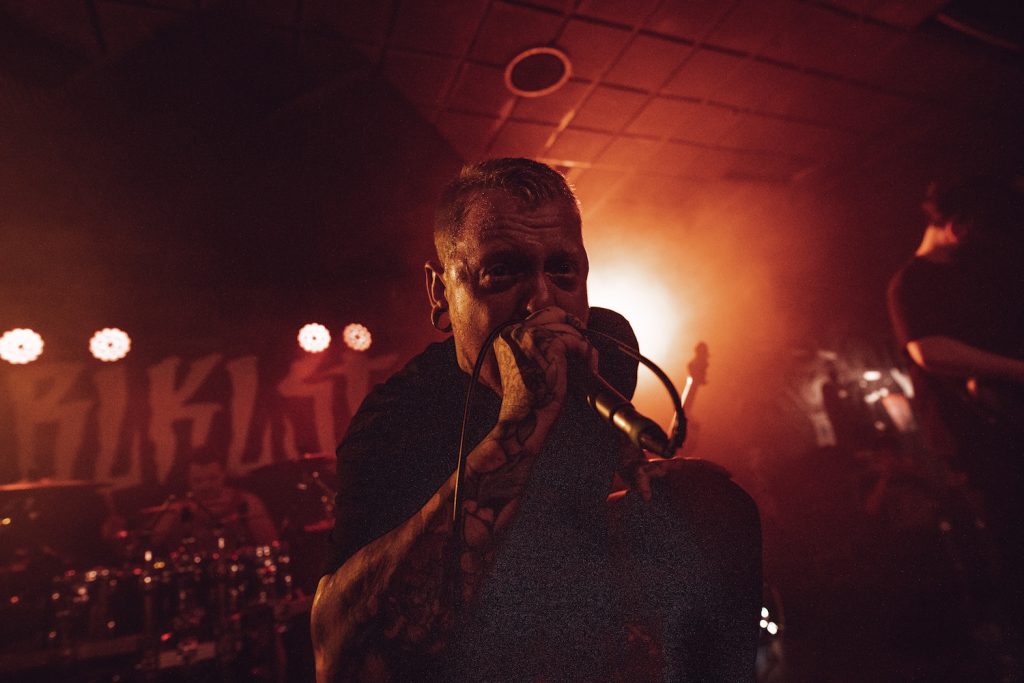 The nu-metalcore four-piece started strong, kicking into an atmospheric and punchy Donnie Narko. The spine-chilling guitar riffs complimented by vocals by Josh Westwick made dressed to the nines one of the highlights of their set. BLKLST Bass player Evan’s chugging bass riffs really make each song intense but hyper in a way that highlights their incredible stage presence. The energy was high from the back of the venue to the front, making it a great way to end an incredible show. All in all, this set showed why BLKLST are a band to keep an eye on, incredible vocal skill, insane drum lines and spider like precision with guitar riffs and left the fans screaming for more. The set was finished with a punchy and energetic They All Look The Same. 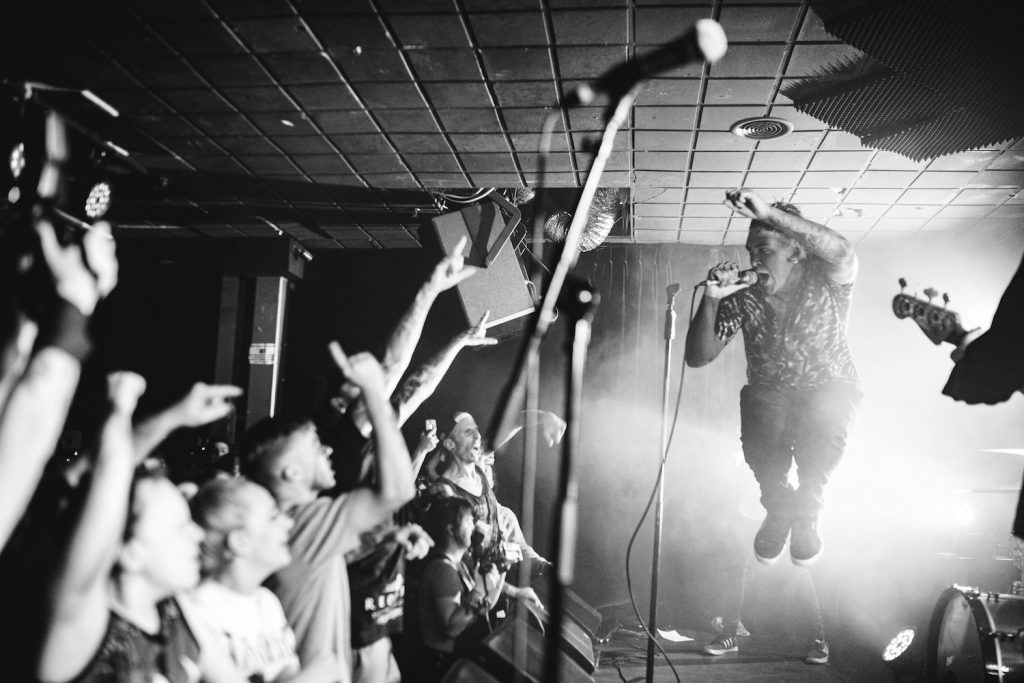