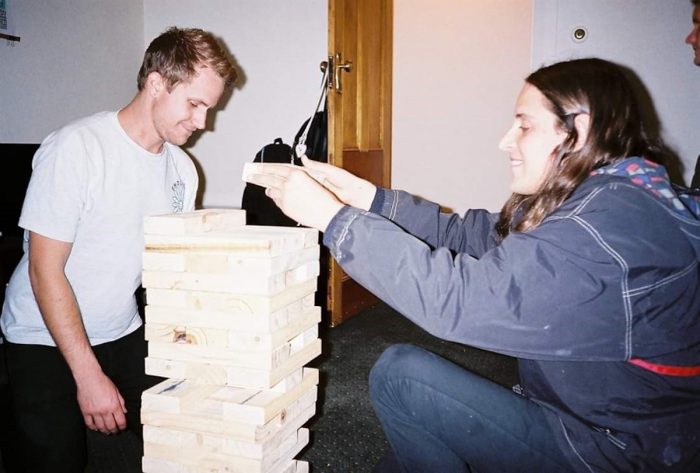 National heroes Slowly Slowly and Luca Brasi have teamed up for the release of a limited edition split 7”—honestly, this is a collab that dreams are made of!

On the collaboration, Luca Brasi frontman Tyler Richardson recalls how he and long-time friend Ben Stewart (Slowly Slowly) planned to get matching tattoos years ago, with this experience inspiring the release’s artwork.

“Ben and I were going to get matching tattoos years back, we ended up getting different ones, me the plunger, Ben the cafetera,” he says. “Both tattoos were done by Jordy Hooper who then did the artwork for the front cover of the 7″.”

Tyler and I had been sharing song ideas with each other, bored in iso.” Stewart adds. “We are both very similar–it’s so funny how you can take away our livelihoods and creative outlets, but we’ll always find a way … The idea just kept growing, right until the point, we had teamed up with Padre to release a coffee blend called ‘Godfather Brew’, specific to my love of Italian Kitsch and Luca Brasi’s origins as a name taken from The Godfather.”

Slowly Slowly have had a cracker of a year, releasing their third album Race Car Blues to a sea of success. In recent years, the band has sold out Australian tours, also appearing at Splendour In The Grass, Good Things and Groovin’ The Moo. Luca Brasi has also been active on the festival circuit, playing Laneway, Splendour In The Grass, Falls Festival, and their very own Tasmanian event Til The Wheels Fall Off.  They released their fourth record, Stay, in 2018.

Last week’s pre-order vinyl/bundles included exclusive merch and speciality roasted coffee beans from Melbourne’s Padre Coffee. Fans who missed out on this will be able to snap some new merch in the coming days.

Slow Learner and Yossarian are available for streaming now- get on it!