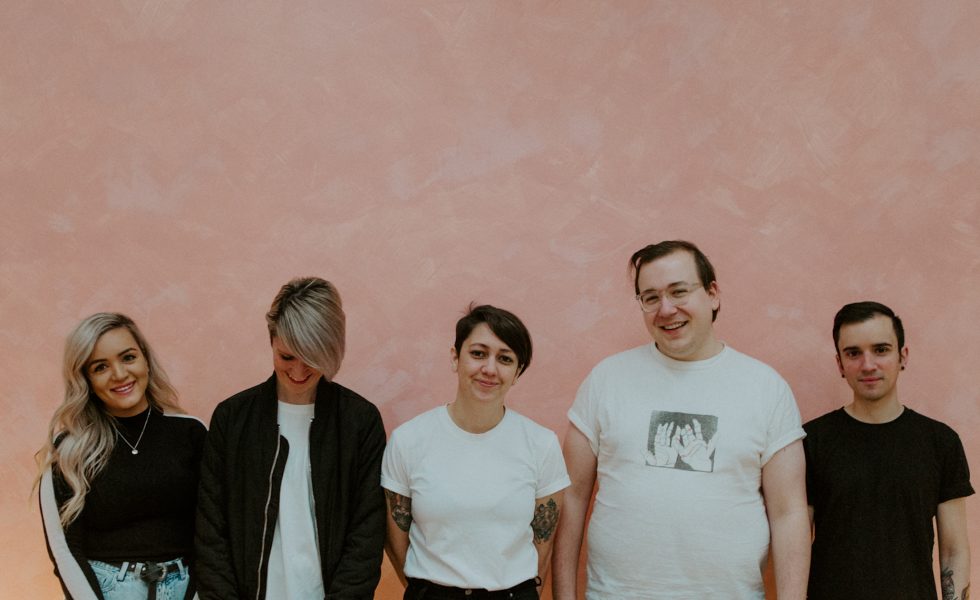 Following a couple of years on the down-low, Melbourne indie rockers Self Talk have returned with new music, this time in the form of the punchy, retro-tinged Food Court.

It comes with the release of an accompanying video, featuring live and studio footage and plenty of dogs (YAY!)

The track was produced by Domestic La La label-head, and Violent Soho’s own, James Tidswell, who has production credits for the likes of Dune Rats and Dear Seattle under his belt. Taking an introspective view, it discusses the weight of blame that we can carry, and the importance of looking inwards to fix things.

“It was one of those songs where the chorus came first and it felt like something I needed to get out of me.” says vocalist Stacey Cicivelli. “I still feel that every time I sing it. We wrote it and recorded the demo at least a year before we recorded it properly so it’s been a long time coming and is such a relief to finally have it finished. Working with James Tidswell as a producer helped us capture exactly what we were trying to create–it feels like the perfect representation of a Self Talk song, with its big chorus and hooks and the way it hits hard but still retains its pop elements.”

From turning heads with their 2015 single Fist Fight, the band caught the attention of Triple J in 2016/2017. Tracks like Old Habits and Bedside Dictionary piqued the interest of station figureheads Dave Ruby Howe and Nick Findlay, earning them loads of praise and the title of “ripper”.  Since then, the band has been relatively quiet, with various members pursuing success as part of rock outfit Ceres.

Food Court is available for streaming now, you can also preorder the band’s limited edition 7”, set for release on July 10th through Domestic La La.