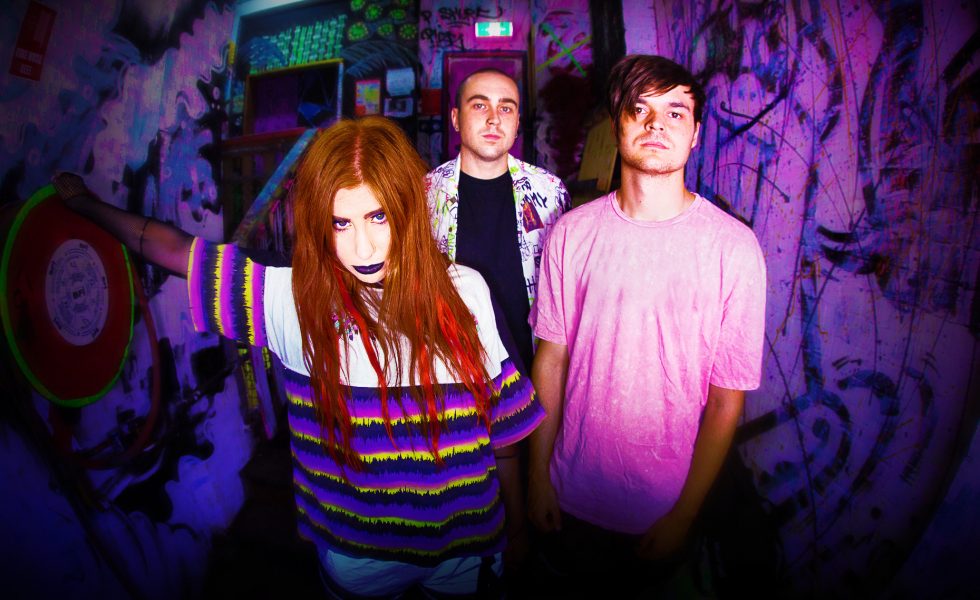 REDHOOK // Walk Us Down Their Path To Success

Sydney’s RedHook have been slowly dropping us new music since 2018, all while touring with the likes of Sevendust, Hands Like Houses and Ocean Grove. Now they’re back with new single Dead Walk.

“[ Writing Dead Walk ] was really fun,” says vocalist Emmy Mack. “Taking inspiration from songs like Michael Jackson’s Thriller and a little bit of Ice Nine Kills who have really cornered the market on the heavy-horror vibe. It was fun to do something different and experiment with that vibe.

I said to [guitarist] Craig, ‘hey, I’ve got this idea for a song, here’s how I want it to sound, I want it to have kind of a dance groove—a really funky bassline, can you write me some music for this?’ And then he came back with it and I was like, this is perfect. We just really committed to the vibe”

RedHook have been travelling exceptionally well for such a fresh band. Their past six singles have caught people’s attention and brought in impressive streaming numbers.

“We really enjoy the process [of releasing singles], because we’re still a fairly young band and it’s really worked for us so far. On one side of things, we haven’t really stopped touring since we started the band and we really haven’t had a solid period to record anything longer than one single at a time,” explains Mack.

Playlists are king now, it’s all about the individual song now rather than larger releases.
[ Emmy Mack ]

“Playlists are king now, it’s all about the individual song now rather than larger releases. The classic album cycle used to last bands between 3-4 years. Emotionally, mentally and financially, so much goes into creating this album and artists used to get three or four years out of it. Now, it’s just the way that we consume music that’s changed, and people’s attention spans are like, ‘what’s next?’

Releasing singles is just a way to keep people interested—it’s like the Soundcloud rapper format of having constant content to release so people don’t have to wait.”

But if touring has kept them RedHook out of the studio, the current state of the music industry has them cooped up in isolation together.

“There is a longer release coming,” teases Mack.

“We already have plans to hit the studio at the end of April, so right now our focus is just on getting all the songs together, writing new songs and making sure we have as many options as possible for when we go into the studio.

We’re still getting together on the weekends, observing social distancing of course, to song write together in the studio. That’s the focus now our live music plans have been postponed or cancelled.

After that, we’re keen to dive in and do a lot more, put a lot more content out and do some fun things. I’m loving the online Covid-19 movement, with artists covering other artists music. I’d love to get involved with that when we have some time up our sleeves.

We hope people enjoy the song and people keep listening to music and keep supporting music through this difficult time. As fans, we really need to step up and support the artists that we love because it’s going to be such a hard time for everyone.”

Dead Walk is out now worldwide.