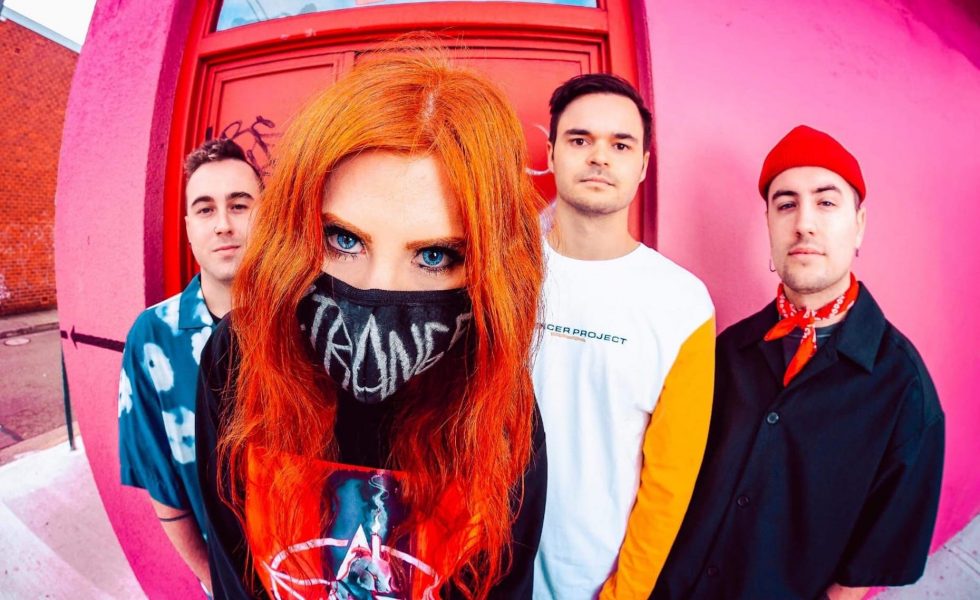 As if RedHook weren’t moving faster than the speed of light already, the Sydney alt-rock outfit have a brand new single, Only Bones, out today.

Do not be fooled by the gradual build in the opener, there’s nothing sweet or serene about this blazing track. The fourth single from the trio, Only Bones sees RedHook ramp up the savagery in the guitars, pump out juicy bass lines, and get a little seductive in the vocals. It’s without question the band’s strongest offering to date, the slick attention paid to production really giving every little synthesised nuance and rhythmic detail an elevated platform. Only Bones follows latest single Paralyser, which was added to triple j full rotation.

There’s no stopping RedHook and this new single is just another major marker in their whirlwind success. They just got back from a lightening tour of Europe, their first, supporting LA alt-rockers Bad Wolves and appeared at Download Festival UK. RedHook also won a coveted spot at Download Australia earlier this year thanks to the triple j Unearthed competition. The band has received mountains of support both at home and abroad, appearing in the likes of Rock Sound, Kerrang!, Don’t Bore Us, and Hysteria. They supported Skillet, Bad Wolves and Sevendust when the international artists toured Australia this year, and RedHook aren’t letting up any time soon.

As if new music wasn’t enough, RedHook have announced they’ll be out on the road next month on their debut headline tour in support of the new release, so there’s going to be plenty of opportunities to get those fists pumping into the air as RedHook take the spotlight to propel their signature synth-metal.

Only Bones is available now.