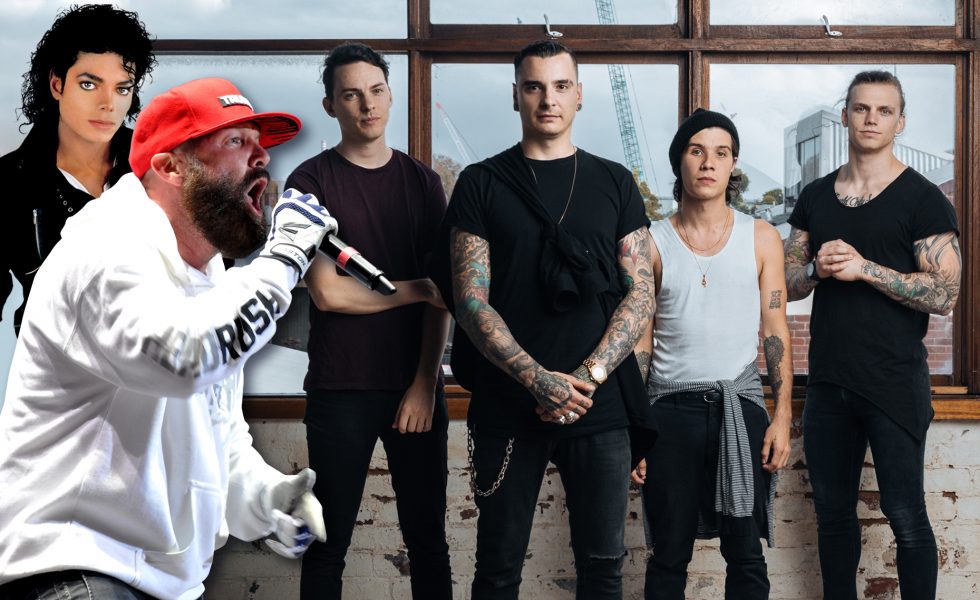 QUICKFIRE ROUND: DREAM ON DREAMER // One Question, One Song, One Sentence with Callan Orr

Last week, we sat down with Clint Ellis for our first Quickfire interview. This week’s Quickfire Round features Dream On Dreamer’s very own Callan Orr.

Not only is Callan the talented guitarist of Dream On Dreamer, but he is also a skilled producer, working on many of the band’s hit tracks.

If Dream On Dreamer was a child, it would be in the fifth grade. These guys have been around for an entire decade now, and despite a few lineup changes and genre shifts, they’re still killing it today.

You can catch Dream On Dreamer on their co-headline tour with The Getaway Plan (who we chatted to last time) across the country over the next few weeks.

What’s the number one thing on your bucket list, music related or not?

When I moved to Australia at the age of 19 I wanted nothing more than playing a show in this country so I remember playing Soundwave Festival for the first time in 2012 and watching Limp Bizkit side stage was surreal at the time.

You guys just played UNIFY 2019, which is a pretty impressive feat. Tell us about your first ever concert experience as a kid.

It was my very first festival experience at 14 years of age, my older friends knew it was my favourite band so they lifted me up and I crowd-surfed across the entire crowd all the way into Nathan Gray’s arms haha.


If you were stuck on a desert island and somehow managed to bring a CD player with only one album, what would it be?

For some reason I can’t get sick of this record even after years of listening, as it’s a perfect mixture of melancholie, melodie and overall warmth.

Dream On Dreamer recently released your latest track, Love. What was your first breakup anthem?

Overdue by The Get Up Kids

Without actually understanding English then, I would still listen to this song and embrace its magical way of feeling comfortable on a sad day.

Who was your first musical influence? Maybe it was a parent, or a childhood friend, but who gave you that first real taste that made you fall in love with music?

They Don’t Care About Us by Michael Jackson

My parents always used to sit me down and watch the music video to this song with them and I guess that’s how I developed a soft spot for music and performing, maybe.

From MJ roots to shredding it on guitar in one of Australia’s hottest bands of the moment and producing hit tracks for Dream On Dreamer and many other great artists, Cal’s career is impressive to say the least.

Catch Dream On Dreamer with special guests The Getaway Plan & Ocean Sleeper at the following dates: