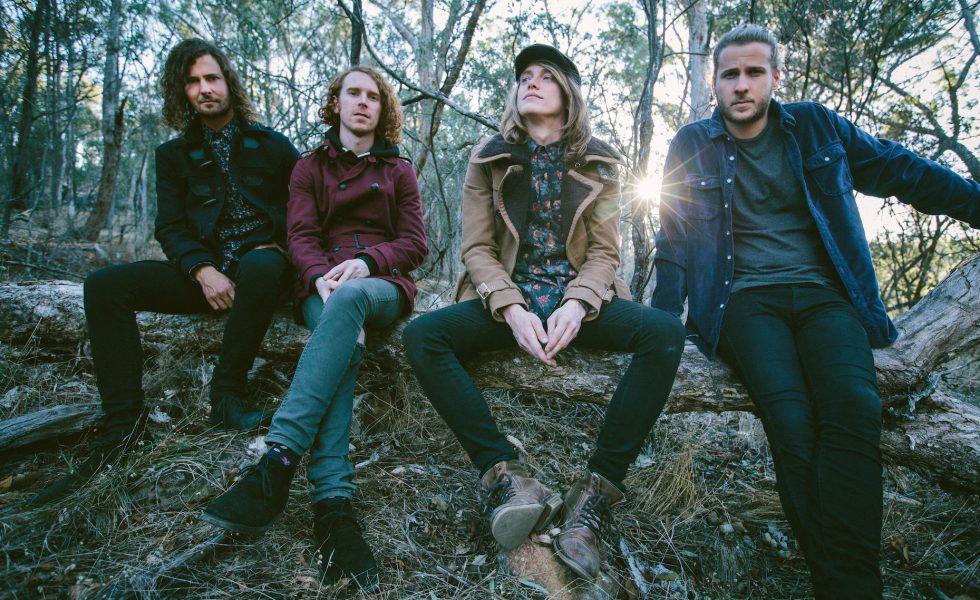 QUICKFIRE ROUND: Featuring Clint Owen Ellis Of The Getaway Plan

It’s been 11 long years since The Getaway Plan blessed our ears with the masterpiece that was Other Voices, Other Rooms back in 2008.

We’ve seen a bit of action since then, but nothing prepared us for the epic Dream On Dreamer/The Getaway Plan co-headliner that’s hitting cities and towns across the country over the next few weeks.

Between shows, we had a chance to chat with vocalist, Clint Ellis for the first edition of our latest interview segment, ONE QUESTION, ONE SONG, ONE SENTENCE.

You can learn a lot about a person through the music and art they surround themselves with, so what better way to get personal with your (and our) favourite artists than by through music? Each week, we’ll be sitting down with another great artist for this quickfire interview.

Where The City Meets The Sea is part of the soundtrack to most of our youth, if your teenage years were a mixtape, which song would be number 1?

With the stereo I had growing up, I could set the alarm so it’d play a CD, so this song was my alarm clock throughout all my teenage years.

You’ve had a pretty impressive career, and have no doubt toured with some pretty great artists. What is your greatest tour memory?

Living Together by Circa Survive

We were both supporting My Chemical Romance on a massive arena tour and it was just such a trip to be playing these massive shows at a young age. Life ticks left, right and centre.

What’s the best piece of life advice you’ve ever given/received?

A Three-Legged Workhorse by This Will Destroy You

Breath, relax and give it space.

Which song sums up your life outside of music/touring best?

Gone With the Wind by Architects

Keeping the momentum going can be tough without the camaraderie you experience on the road, home life can feel isolated, but we’re not alone when we have songs like these.

What song was in your 2018 most played that we wouldn’t expect (cringeworthy, or just surprising)?

I don’t listen to a lot of jazz/fusion as I find some of it can be a bit cringe, but this track and album are incredible (I also had the pleasure of seeing it live, and it was mesmerising).

Catch The Getaway Plan with Dream On Dreamer and Ocean Sleeper at the following dates: