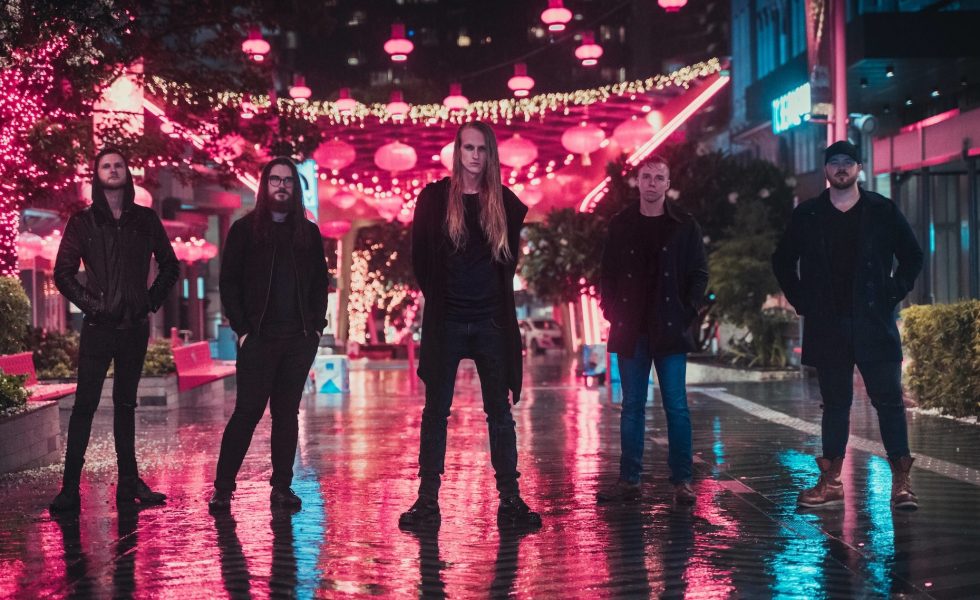 Calling all progressive metal fans! Brisbane’s The Stranger are set to blow your socks off with their latest release, Eleventh Hour.

Powerful and purposeful, the track is a resounding ‘fuck you’ to climate change denialists and the ignorant powers that be. We got gutarist Kalen Austin and bassist Linc Morse to talk us through what inspired it and the band’s plans for 2021.

Congratulations on the upcoming release of Eleventh Hour. What message were you hoping to bring across with it?

Linc & Kalen: This is our first attempt at a hippy protest song. We all share similar concerns about the way things are going, regarding our inability as a civilisation to get our act together as far as climate change goes. Seeing current administrations and governments continue to make decisions that benefit corporate powers, without giving a shit about future generations is concerning. This song is us trying to express that frustration.

The track will feature on your upcoming album, Kaleidoscope. What else can we expect to see?

Linc & Kalen: Lots of stuff (laughs), we’ve taken inspiration from genres other than metal. On our self-titled, we found our feet and experimented with different ideas. It instilled an ethos into us that we’ll carry on forever: anything goes, as long as it’s good!

We don’t feel like there are any styles that we can’t, or shouldn’t, cover. We’ve also found a way to streamline our writing; our tracks are now no longer than seven minutes. For example, our debut had an eight-minute song, Solomon’s Son. When we came to release it as a single, we cut two minutes in the middle and thought it was much better. We wrote this new album with that experience in mind; we tried not to be prog for prog’s sake. We’re focusing on songs instead of wanky, musician shit (laughs).

We’ve never been more proud of anything we’ve done. It’s a cliche thing to say, but it genuinely feels like we’ve stepped up our game.
[ Linc & Kalen ]

So you refined the editing process this time around?

Kalen: I did almost all the production this time around; it gave us more creative control. While I almost tore my hair out getting it done, the result was more satisfying.

Linc: It was also a four-year project, with two new members. There was more creative input from everyone.

Kalen: Historically, I’ve written the bulk of the music. We’ve had two lineup changes over the years and now, both Linc and our other new member, Drew, influence the songwriting process. It’s stretched me, in terms of what I usually do and that’s been nice.

Did all the shit going in the world influence how you approached the album?

Linc & Kalen: There were definitely things happening worldwide that coincided with the writing process. The American protests were happening at the same time we wrote Creatures in the Canopy. The concept of the song is quite similar; it was a weird coincidence. We do explore some darker themes on the album; there’s not really a happy song. The closest one is probably The Gemini; it’s about breaking away and liberation. We’re cool with that though.

What else does the band have planned for 2021?

Linc & Kalen: We are exploring the possibility of touring, COVID allowing. We’re also getting stuck into writing, we’ve promised ourselves our third LP will not be another four years away. There will also be more music videos and content for this new album, whatever we can afford to do really (laughs). We’ve never been more proud of anything we’ve done. It’s a cliche thing to say, but it genuinely feels like we’ve stepped up our game. We’re excited for everyone to get stuck into it and we hope to play it live at some point.