THE PINHEADS // From Pinheads To Pinnacles

May 21, 2019 / WORDS Mikaelie Evans / You can almost guarantee that if The Pinheads are on the bill, it’s gonna be a bloody ripper of a show. 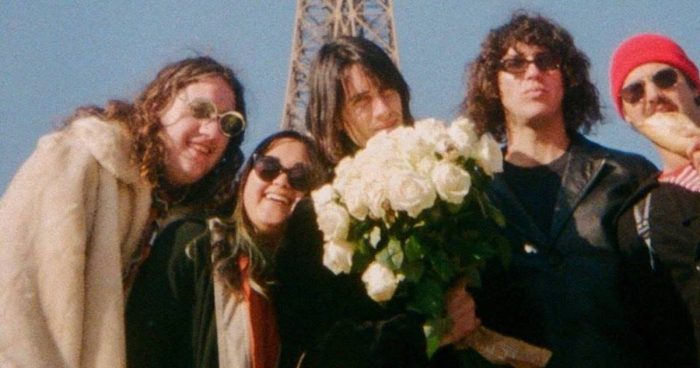 Over the past coupla’ years, we’ve been hearing and seeing more of The Pinheads and we just can’t seem to get enough of their contagious energy.

With their forthcoming album Is This Real? due for release on May 24 via Farmer & The Owl, one might be quick to answer that title with a “Yes.”

As their schedule continues to roll like clockwork, they’re preparing for their upcoming European tour, where they’ll undoubtedly collect fans in every city they visit. Before they take off though, they’ll do a lil’ run of East Coast shows to launch their new record into our hungry little hearts; so yes, this is real.

Before packing her bags and jetting off again at the end of this month, bassist Tanya Avanu has a chat about what it’s like to be an OG member of The Pinheads and just how far they’ve come as a band that initially began as a bit of a joke back in 2014.

Avanu reflects on how they’ve progressed musically as she reminisces their first jam; “Stylistically and also in terms of songwriting, I think we’ve come a long way. Y’know, initially, we were pretty heavy on the almost … um … rockabilly, kinda rock n roll, very lo-fi sound and the songwriting was very simple, the structures were all very standard and by the book. I guess that also thematically, I reckon the songs have matured since we first started. It’s been super fun and cause it’s always been the same members, it’s been super fun working together, writing and always coming up with new ideas and sounds.”

In the five years that we’ve been together, we’ve all been through some heavy things and some very challenging and testing things that I think have definitely influenced where the sound has gone for this record.
[ Tanya Avanu ]

“I think that with anyone who makes music or even listens to music, your taste and what you listen to changes and develops over time, so I feel like the writing mirrors that in a way. I guess that it’s a combination of things; it’s listening to new kinds of music and channelling those things. Also I think that when we first started like … I guess it’s one of those transitional things, when you’re developing, out of your teens and into your twenties, moving into your twenties and into your thirties, you see the world differently. In the five years that we’ve been together, we’ve all been through some heavy things and some very challenging and testing things that I think have definitely influenced where the sound has gone for this record.”

Since returning from a showcase at South by Southwest in March, the Illawarra heartthrobs are getting ready to; “Do this leg of shows for the album release, so, they’re kind of party shows and then [we’re] the supports for the Babe Rainbow, which we’re super excited about, and then, we’re off to Europe in June for three or four weeks which will be super fun.”

Australia might have to wait a hot minute until The Pinheads give us a national tour but as Avanu thinks that, “These string of shows beforehand are just a preliminary, a lil sneak-peak, but I think we’re gonna treat everyone to a full-blown Aus tour afterwards. We’ll be excited to come home, we’ll be hot off the press from Europe, we’ll be nice and oiled up to come back for a good time.”

Whether it be that they’re leaving the stage to join in on the action amidst a mosh pit or they’re catapulting through doors in wheelie bins, you can almost guarantee that if The Pinheads are on the bill, it’s gonna be a bloody ripper of a show… and that it’s their contagious choruses in combination with their lively antics that make their gigs such a destination. With their returning to Aus tour sounding promising, be sure to keep an out for an upcoming tour later this year.

Pre-order The Pinheads new album Is This Real? here.