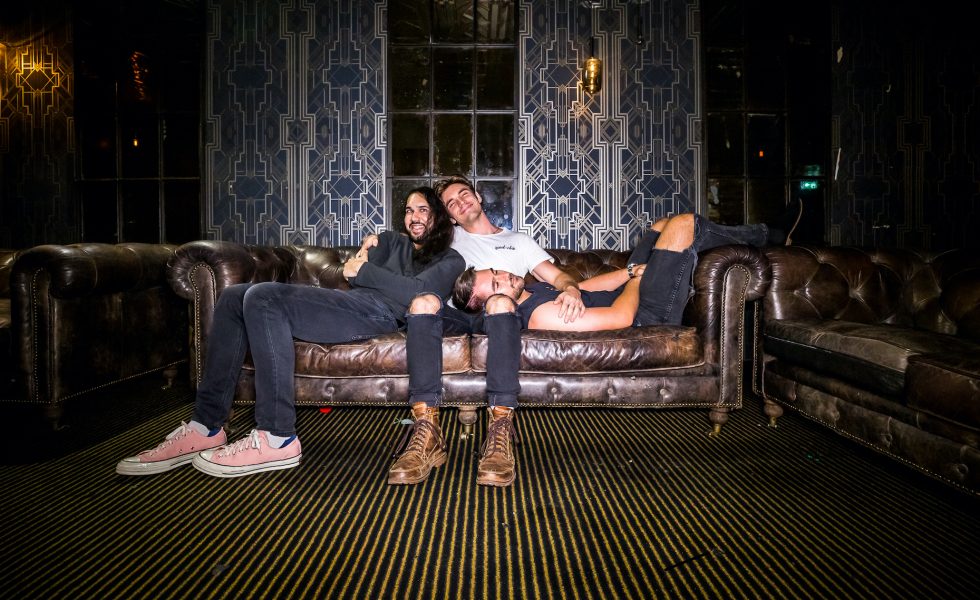 PATIENT LOUNGE // Take It Back To The Treehouse

Patient Lounge are one of the most exciting alt-rock acts in Brisbane now.

They’ve been hard at work on the releasing music front this year, and they’ve blown us away with each and every track they’ve dropped. Treehouse is no exception—if anything, as we said in our review, it may be our favourite work of theirs to date.

Following its release, we caught up with frontman Zach Eather to chat about how it came together, the band’s upcoming tour plans and more.

It’s a bit of a long story, but basically, Nick and I were forced to jam together as kids. Eric was forced to jam with me in Uni and Lucas … well, he’s just here on probation.

Congratulations on the release of Treehouse! Is there a story behind this one?

Treehouse was a song that Nick and I wrote the skeleton for back in highschool. The song’s sense of nostalgia is pretty genuine for us because the lead riff has been part of our repertoire for a very long time. The songs’ themes have changed as we have matured, but the best way to sum up the lyrical content is that it’s about going back to the mindset we have when we are young and youthful. Back then we felt like we could achieve anything, but we seem to lose that courage as we grow up.

We were struck by the progressive and metal elements of the track and found it hard to lump it under one genre. So how would you describe your sound?

This is something we’ve screwed up for a very long time; we keep putting ourselves in the wrong niche (laughs). So let’s just call it Alt-Rock…. . Or Alt-Prog-Metal-Fusion-Rock, whatever you prefer.

Who are some of your key influences?

Well, this is where it gets really funny. I’m into TOOL, Bruce Springsteen, RHCP, Twelve Foot Ninja and dare I say.. Nickelback. Eric is listening exclusively to Meshuggah; he’s grown out of his Billie Eilish phase. Lucas loves Allan Holdsworth, Hiromi Uehara, Julian Lage… and no, I don’t know any of those names either. And Nick hasn’t been the same since listening to Britney’s Toxic.

It’s about going back to the mindset we have when we are young and youthful. Back then, we felt like we could achieve anything, but we seem to lose that courage as we grow up.
[Zach Eather]

What’s in store for your upcoming launch show with Torizon and Winchester Revival?

We’re really excited because we are going to do some things we have never done at a Patient Lounge show before! I don’t want to give too much away but let’s just say these lockdowns have given us a lot of time to create some new material.

What do you love most about both supports?

Winchester have such a powerful look! Bands are about branding, and these fellas go balls to the wall with it. It’s so much fun to watch and listen to.

Torizon, we’ve been super lucky and actually worked with lead singer Mish as part of our PR campaign for Treehouse, and she’s a genuine superstar! We’ve never seen them play before but were super excited to hear them do their thing.

What’s next for the band?

Well, once the world opens up, we plan on playing as many shows as possible. We love being on stage, and the energy is unparalleled. We are just waiting for the world to get back to normal so we can get back into doing what we love.

Just a huge thank you to our fans, who sold out our launch show in less than 72 hours. We’ve been working really hard to prepare for the show, and the faith people have shown in us to sell it out so quickly, particularly in such strange times with random lockdowns happening willy nilly, it has been one of the coolest things to happen ever.