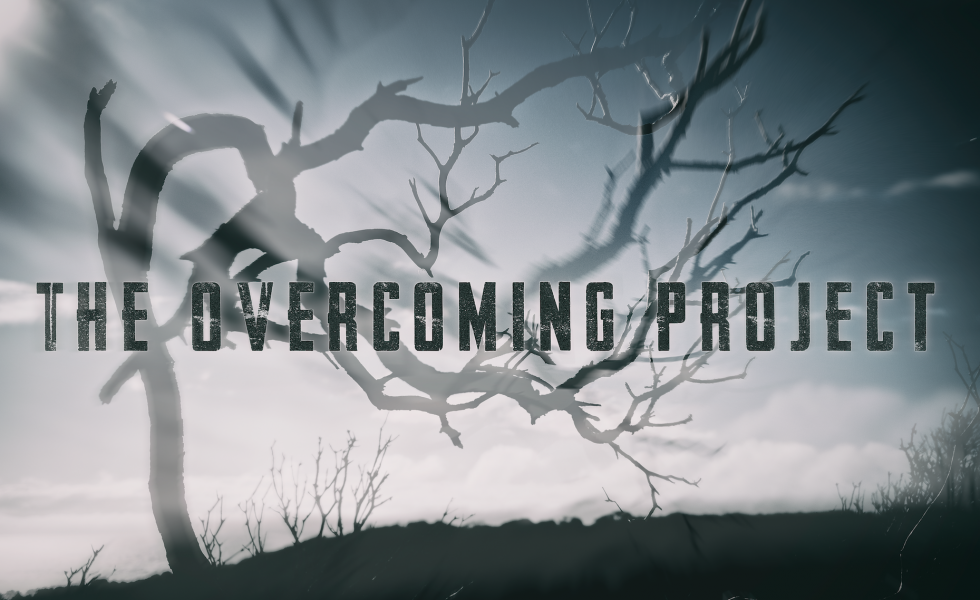 Psychedelics and metal? Sounds like a bit of a devil’s brew – but it’s just what producer and musician Dr. Mike Trubetskov, Ph.D. ordered.

Presiding over the DAW desk at Melbourne’s EOL Studios, Trubetskov had an epiphany when it came to heavy music. He loved hard-driving riffs, soaring melodies, and the mystical yet scientific experience of psychedelia. With nothing scratching that itch in the scene, he took it upon himself to create it; hence The Overcoming Project. His freshly released track, Anxiety, features some pretty prominent names: Jon Howard of Threat Signal on vocals, Mike Heller of Fear Factory on drums, and Sergei “Efes” Fomin (FS Projekt) on bass. Coming straight out of left field, we got the low down on this exciting new project from the mastermind himself; Dr. Mike. Which sounds very cool, right?

Hysteria: How did The Overcoming Project come about?

Mike: I’ve been playing music since I was a kid, playing piano. Then I picked up the guitar, then I joined bands. I’ve been always writing, to an extent. And in a band, we recorded an album and played with Killswitch Engage. That was back in Russia in 2010. It was awesome experience, but I always felt that it somehow limits my own creative ideas, to an extent. Because each time you throw an idea to a band, it gets reworked in order to match the style of the musicians and all of that sort of thing. So once I travelled to Australia, I decided that I would like to try to fully realise my own musical ideas. And that’s how the project started.

It didn’t start officially then, but I was writing music since 2015. And that’s when the first draught for this track Anxiety came about. Another aspect was that I have a particular taste in metal music, and I don’t think it is widespread enough. So I want to put my music alongside with the music of my favourite metal artists which are; Fear Factory, Arkaea, Threat Signal, Meshuggah, and Decapitated. The style that drives those bands, in my opinion, is really through the riffs, and a lot of atmosphere both in the riffs, and in the synthesisers, or effects that they put together. And also really catchy melodies. So, that’s something that I don’t find in metal music enough, to my own personal taste.

If you don’t hear it enough, why not make it?

How did you get Jon from Threat Signal and Mike from Fear Factory to guest on the track?

In late 2018 I had a personal self development journey event, let’s call it that way. And after which I realised that I want to put together this track and release it. So it was long in the works, but after that, I just started search for session musicians online. There exists a website called metalforhire.com, and apparently a lot of beginnings are there and they’re available for work. If you just hit them up, and get in touch, and send them your project, if they like it, they may agree to work with you, which is bloody cool.

So you just tap into these metal musos and they come and guest on your music?

Yeah. I’d like to emphasise that there is a requirement to work with such people and you just have to be really professional, respectful of their time, and you have to follow up right away. Because they’re so busy, it’s easier for the communication to just get lost. But overall it’s really no different than hiring a studio provider, or hiring a producer, hiring a studio editor. It’s basically the same thing. There are session musicians and there’s this. If music interests them, you have access to them.

As for the track, there’s elements of psychedelia on there, which isn’t something that’s “metal” in the traditional sense. How did you come across that style?

Yeah, indeed, I don’t think it is associated with metal music enough, but to me … Well, at least with my own music it is, and I’d really like to explain in depth, because it basically is the meaning of the song. It’s origins. So I am influenced by a Russian post-punk artist, who was active in the ’80s and ’90s, and early 2000s as well. He was doing psychedelic post-punk and the band is called Civil Defence (Grazhdanskaya Oborona). This artist is not widely known outside of Russia, unfortunately, but to me that that artist was able to carry the most honest and sincere music that I probably ever heard. And because he was doing a psychedelic style of rock, or heavy noise music I was heavily attracted to it during those five years. And I also had my own psychedelic experiences in some shape or form, during one of which I was set to crush anxiety, which I always had.

So I was exploring ways to fix one’s mental features. Many conditions may be illness, or maybe just the one feature. All of us have something that prevents us to be completely individual and just, individualised every time. We’ve always accepted kind of weird loops. Feedback loops, on how I think and so during this journey I was able to majorly overcome one of those issues, and my goal with the track was to put it together in a musical message. Also ambitious, I think. One can understand what it is, and read through the music.  I think that’s one of the main things here.

Additionally, I think psychedelia is a place where you see truth about things, in my opinion. And it also provides a means to overcome things. And to me, metal music was always associated with overcoming. Since I was young I was listening to Godsmack, and Rammstein, and Muse. In my 13 or 14 years old and it always attracted me in a way of heavy tension, which carries you through the song, and then resolves. so that’s where I see similarities in common with heavy music and psychedelic roots, as well. Hope it explains it.

With psychedelics, there is obviously a feeling of approaching greater truth in things. Our brains have receptors for psychedelic experiences, to enhance consciousness.

It’s an interesting field. And it’s pretty dangerous for an unprepared individual, but if one is really a thoughtful and careful it’s can lead to great breakthroughs in self development.

I think psychedelia is a place where you see truth about things, in my opinion. And it also provides a means to overcome things. And to me, metal music was always associated with overcoming.
[ Mike Trubetskov ]

Since you run a studio and and are an engineer, was this track more “produced” than “written?”

Well, here’s the thing with session music. I have a production approach, obviously because I am a service provider, so I have some unique approach to heavy music. I believe so, at least. And I’ve been developing it since I started writing, but a key to this music here is you need to have really clean tracking. Really tight and clean guitar and bass tracking in particular. Drums and vocals as well, but not as much as guitars and bass. Because if you don’t, you will not get your parts translated cleanly through the speakers. There will be some mud, or there will be some noise, which will distract the listener. So the way I recorded it, it had to be super tight, in order to achieve clean sound in the end. So I sat there for 35 hours, and obviously with breaks, but that one song took me 35 hours to record guitars on. And the way I did it is I just looked at that region, and played the riff as best as I could, as many times as I could, until I was able to say, “Okay, this fragment I really like.”

At some point it could be just a second, or a couple of notes, and I put them together, and then I think another fragment from another take and I’d put them together. Sometimes I have to play certain elements separately, and put them in just for them to translate as cleanly as possible. So that is a beautiful way to approach, and I know that not everyone uses it. However, I find that for the heavier music, it’s the most usable one. You have to really work hard on the tracking stage. And then on the mixing stage, I was able to execute a more natural sound because of that. Because the tracking is so tight and clean already, you don’t have to compress as much as you would need to otherwise. So that is my production approach. As tight as possible in the second stage, and then the more natural sound in the mixing stage. And I also like to use … Instead of over compression or excessive compression, I like to use saturation, and in particular tape saturation. I have sound studio tools here which are not exactly tape, but provide similar characteristics, and that’s one of my major inspirations for the sound, and that’s what I like to use on others recording, and on mine as well.

Wow. Is that what you have your Ph.D. in? Sound engineering?

My PhD is in neuroscience. It’s in Huntington’s disease. So it’s completely irrelevant to what I do in the studio [laughs].

So how did you end up making music?

Well actually, it seems really disjointed, with what I like and what I do, but the answer is simple; I am from Russia, and in order to be more or less successful in Russia, you have to have high education. And I entered the faculty of physics, because I was quite interested in physics when I was younger. Then I progressed into bio-physics and biology, because I was interested in that as well. And then I was able to win a scholarship to travel to Australia. So that’s pretty straightforward. But in the middle of it, I understood that I absolutely dislike it, and I don’t want to carry out any scientific adventures any more. So, yeah. But it was a fun time.

At least we can call you Dr. Mike, right?

Yeah, it does sound cool at least! [laughs]