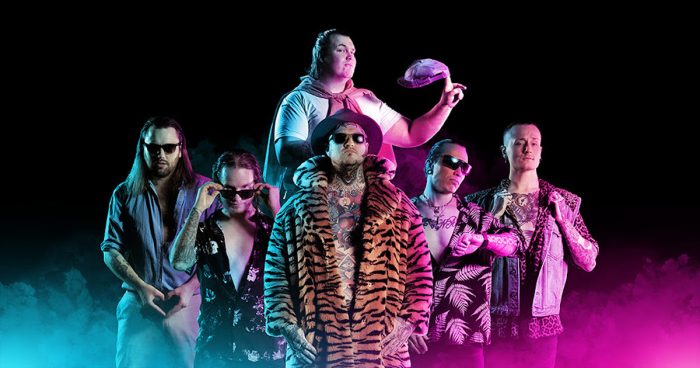 One Morning Left have embraced their retro side with their latest single, Ruby Dragon.

The track will feature on their upcoming album »Hyperactive«, set to drop on 21st May through Arising Empire.

In a statement, the band explained the track was about self-improvement, overcoming depression and becoming the best version of yourself.

“Ruby Dragon was the culmination point in the album writing process, as it perfectly encapsulates what we aspire our new musical style to be like. Groovy, heavy riffs and clean, glistening synthwork providing a platform for the two vocalists to deliver their lines with a raw and wild energy”, says keyboardist Touko Keippilä

»Hyperactive«  will be the first taste of new music from the Finnish metalcore lords in five years. It was heavily inspired by old school electronic, video game music and 80’s hard rock.

One Morning Left formed in 2008 and quickly impressed with their unique blend of electro, hardcore and metalcore. They have toured with the likes of Amaranthe, Machinae Supremacy, Adept, Protest The Hero, Fear of Domination and We Butter The Bread With Butter and have played the renowned festivals, Tuska Open Air and Rockfest. While touring is on hold at the moment the band do have big plans for the near future, urging fans to join them on their quest to make the world a bit more epic.

One Morning Left shared their debut record, »The Bree-Teenz«, back in 2011, climbing to #30 on the official album charts of their homeland. »Hyperactive« is available for preorder now, you can also stream or purchase Ruby Dragon through all standard outlets.