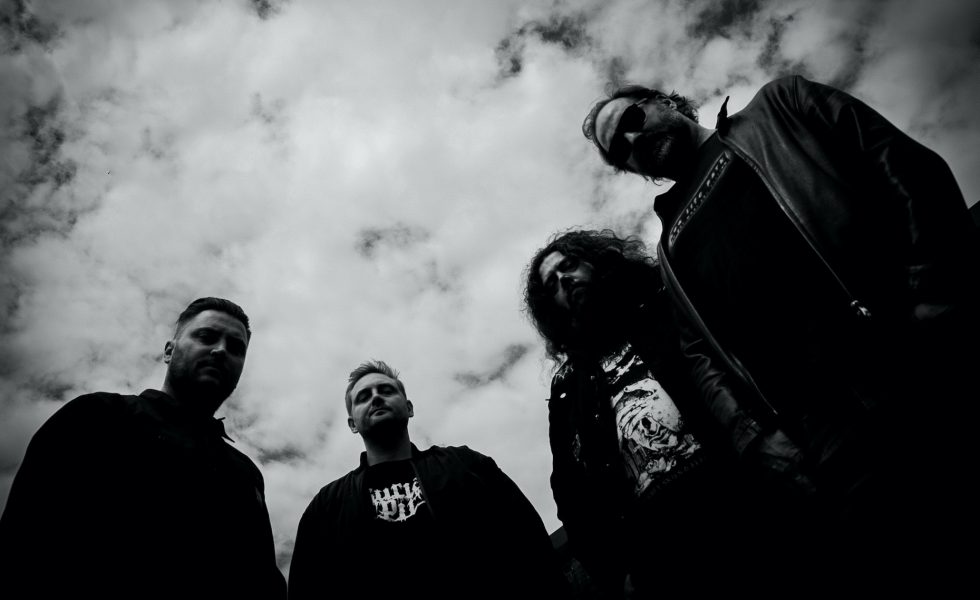 Sydney Post Black Metal outfit OAR have released their latest single The Blood You Crave, introducing fans to a slightly new musical direction in the process.

MORE: BULLET FOR MY VALENTINE: Building A Metal Legacy // DREAM THEATER: The Perfect Playlist For a Dream Theater Beginner REVIEWS: ICE NINE KILLS: The Silver Scream 2: Welcome to Horrorwood //  CRADLE OF FILTH: Existence Is Futile // KNOCKED LOOSE: A Rear In The Fabric Of Life // EVERY TIME I DIE: Radicals // DON BROCO: Amazing Things // OAR: The Blood You Crave

After 2017’s Sect Burner EP, which contained far more elements of their blackgaze approach to metal, OAR underwent a couple of important personnel changes, almost by default altering their approach to their craft and allowing it to veer more into the realms of black metal without losing the essence of the band or their sound.

The result is The Blood You Crave–also the title track from OAR’s debut full length which will be released on January 7, 2022–a thunderous slab of metal that could best be described more as a musical journey than merely a single.

“Thematically the song is about oppression,” explained drummer Mark Donaldson, “overcoming oppression with violence and destroying yourself in the process of getting revenge. It is an eleven-minute track so there’s plenty of time to explore that theme. I’d say it’s post black metal, cut in with doom musically. We’re drawn to miserable riffs … melancholier … to the point if someone suggests a riff in the room that even borders slightly on upbeat it’s gonna get shut down. There’s a lengthy beginning section that runs to about 3 minutes at 200 b.p.m and it slows right down in the middle then kicks back into a similar version of that first fast part then the rest of the song is a mid-paced doom riff that develops and progresses, so it’s a linear song. There’s no chorus, verse sort of structure. None of our songs have a chorus, verse structure.”

At a touch over 11 minutes running time, choosing this track to release as the first single was slightly risky in the fact that consumers in the modern age have shorter attentions spans and/or concentration.

We’re drawn to miserable riffs … melancholier … to the point if someone suggests a riff in the room that even borders slightly on upbeat it’s gonna get shut down.
[ Mark Donaldson – OAR ]

“It’s probably not intended for those people,” Donaldson shrugged. “We are making these songs for ourselves, really. We wanna hear these types of songs, so we wrote these songs. We all come from different musical influences but in all of those areas you find long songs, so if your attention span is thirty seconds it’s probably not for you (laughs).”

Merely an appetiser for next year’s main course, Donaldson also says that The Blood You Crave is a healthy representation of what to expect from the remainder of the album.

“Absolutely,” he affirmed. “and look, that is probably the main reason we selected that song. It’s the title track. It’s a sonic representation of the rest of the songs on the album. I would say they’re all very different and some of the songs even dive more heavily into the doom aspect and some tracks even have a hint of post hardcore. I think it’s a very good representation of the album, but each song is quite unique.”

When it comes to the shift away from the blackgaze sound found on their last album, Donaldson points out it is as much a changing of the guard as it is a planned move.

“Our 2017 release was an EP called Sect Burner – and there was obviously an anti-religious overtone there, as there is in The Blood You Crave, he offered. “If you have a listen to that EP I think it is a tough listen, because it’s super low-fi and I would say it falls within that blackgaze approach where you can’t really hear the kick, the cymbals are way too overdriven and it’s really difficult to hear the melody in the guitars and then the vocals come in and … it’s messy, but that’s what we were into at the time. That was a demo, which became an EP. For the album we brought in a bassist, so we didn’t have a bassist for the EP. We brought in one and the guitarist. Our guitarist now is the only guitarist in the band and his approach and having the bass in the mix for the first time, we just went nah, this has to be a more hi-fi approach to recording so we found a really good studio in Sydney called Everland and spent a lot of time working on the sound and trying to do the instruments justice.”

With New South Wales slowly opening up again to live music, OAR have already scheduled in the launch party for the album, which will be held at The Factory Floor in Sydney on January 29, 2022 supported by Mountain Wizard Death Cult, Chasm and Carnal Viscera, with Donaldson admitting the band have been putting extra effort into making the show a success.

“We have put a ridiculous amount of time and effort into the live show to do the album justice so it’s important to us to breathe life into the songs every time we play,” he enthused. “Going from two guitarists and no bass to one guitarist and one bass meant that we had to rearrange a few things and honestly I think it sounds even better now.”