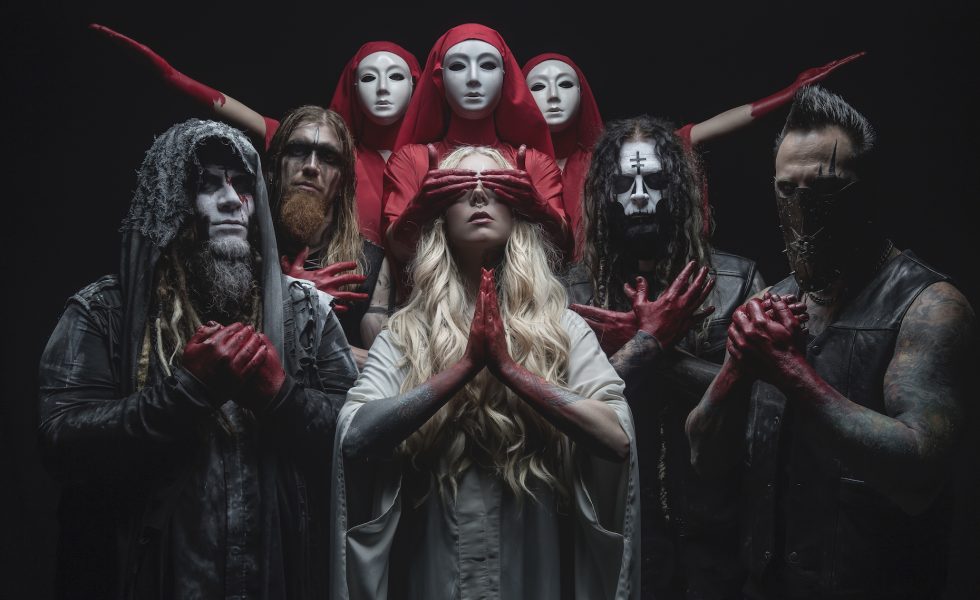 IN THIS MOMENT // The Mother Of New Releases

In This Moment kicked off in the mid 2000s and have continued to slay the airwaves ever since. The Los Angeles five-piece have just released their anticipated seventh studio album Mother.

MORE: KICK OUT THE JAMS WITH DREGG // OCEAN GROVE: A Slight Return To Earth REVIEWS: THE AMITY AFFLICTION: Everyone Loves You… Once You Leave Them // OCEAN GROVE: Flip Phone Fantasy // CODE ORANGE: Underneath // VIOLENT SOHO: Everything Is A-OK // AUGUST BURNS RED: Guardians // IRIST: Order Of The Mind // THE CHATS: High Risk Behaviour

Guitarist Chris Howorth explains, “we went and recorded Mother at the beginning of last year, and the whole plan was for it to come out in the Summertime [of 2019]. We were feeling a lot of pressure and we wanted to push it, so we had more time to plan it out properly.

“We toured all last year, it was supposed to be on Mother, but that album never came out in time, so we basically toured all last year with no record to promote, so now the Mother push was supposed to start right now, but we’re not touring now because we can’t. But we’ve just been busy touring since Ritual, since the whole tour cycle for that, then an extra year of touring that we weren’t even planning on doing,” says Howorth.

Everyone’s at home right now, so new music is a good thing. People will probably be wanting to listen to new music because they’ll be wanting entertainment.
[ Chris Howorth ]

Fans of In This Moment’s last album will be pleased to hear that the inspiration for Mother stems from an extension of Ritual. “We wanted to kind of extend and take it a little bit further and maybe feel a little more band-like, just a little bit more of an organic moment. It all came together, as far as the theme, pretty easily. As far as writing it, that was a process that lasted several months. We worked with some writers out in Los Angeles and flew to Albany, and when we finally hit the studio, we probably had a dozen or so ideas.”

Howorth says that the band is currently trying to figure out what the best way to promote their album with restrictions put around touring and trying to stay positive. “I think a lot of people are postponing their releases. For us, we’ve been pushing for this moment and I think there is a unique opportunity. Everyone’s at home right now, so new music is a good thing. People will probably be wanting to listen to new music because they’ll be wanting entertainment. We’re just thinking how we promote it through our socials and keep the anticipation to see us live,” he continues.

“It’s really interesting to see how music changes over the years. The physical sales have been dipping off every album, and when Blood hit, first week sales were such a big thing that everyone talked about and worried about and now that’s not a thing. We’re now, especially with what’s been going on with this disease, we’re gearing even more towards streaming being everything. It’s going to be huge.”

In This Moment are urging their Aussie fans to keep listening to their new record stay excited for what’s to come, with future touring and live shows planned once this all blows over.

“The last time we were in Australia was 2009 I think, and it was awesome. We actually had some more stuff on our radar coming up over the summer, later this year, but I don’t know if that’s going happen. We’re really excited to come back and play for you guys there. So check out our new album and we can’t wait to come over.”

Mother is available worldwide on all good streaming platforms.