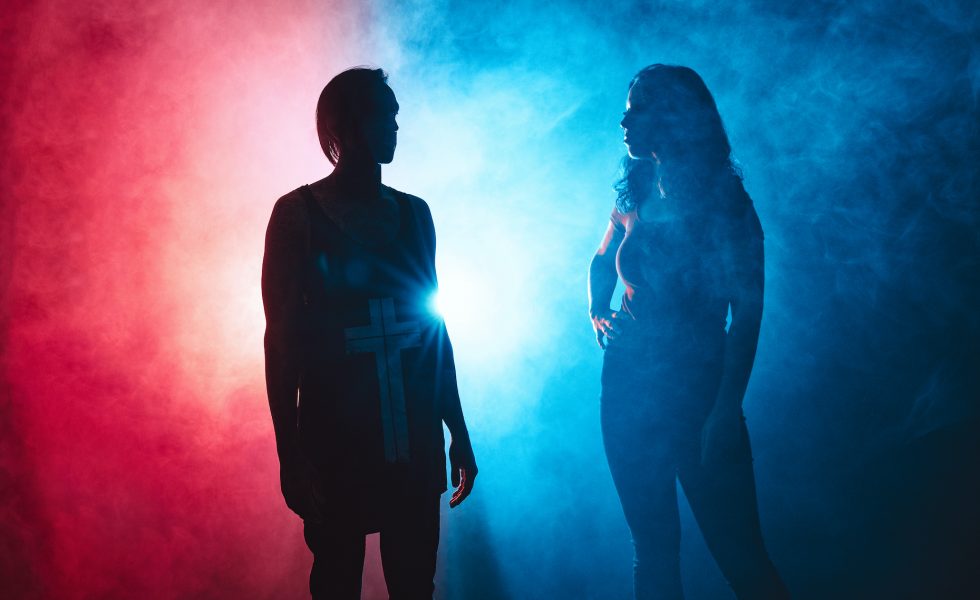 We’ve come to expect powerful prog-rock from Modality. And that’s exactly what the Melburnians have delivered on their latest single; Hope Is For The Hopeless.

With some of the heaviest lyrics we’ve seen from them, the track addresses the Catholic Church, its history of sexual abuse, and its long-lasting impact on survivors. We caught up with frontman Nigel Jackson to chat about how it all came together.

Hysteria: How’d the idea for the new single develop?

Nigel: I had a chat with Ted Furuhashi (CIRCLES) at Progfest in 2018/2019. I asked him if he had any spare tracks he didn’t need anymore. He actually had the music for a song he was planning to write for his band, and he passed some of it on to us. The track title of Hope Is For The Hopeless was already there. And it spurred my thoughts on what I’d write about. I’ve always been suss on the Catholic Church; everything that happens behind closed doors doesn’t sit well with me. The title spurred those thoughts, and it all came together from there.

At any point, was the band nervous about covering it and the response?

Absolutely. While writing, particularly when writing the lyrics, I was aware of how everything was coming together. I knew it might be a bit controversial if you want to say that. But even if it is controversial, it’s something that people are aware of. It’s been televised and on the news. I think what brought it to the forefront for me was COVID. During that time, my partner Alicia (Richards, bass) and I watched these documentaries about it. There were guys in their 30-40s talking about the counselling they were getting because of it. These people are traumatised for life. I thought the song was another way to put that message out there. I wanted another voice to be heard.

I wanted the song to convey the message. If you look at the film clip, the sphere and the visuals happening around the band members are dark, menacing and brooding.
[ Nigel Jackson – Modality ]

Give us a view inside the recording studio. How’d it come together?

We had those original riffs from Ted, but the process was a bit scattered. Alicia and I rearranged the music. Then we had a couple of tries writing the lyrics and melodies. The end result, so what you hear now, wasn’t that at the beginning. The lyrics were in the same vein but weren’t the same. The format and structure were different too. I’m glad we ended up with what we did.

And tell us about its music video and some memorable moments from putting it together.

It was cool. We worked with Dave Hunter (CIRCLES; Band Factory Media), who’s done all our clips in the past. He’s great to work with, a legend of a guy. Because the topic was controversial enough, we didn’t want to go into the literal sense for its visuals. I think that would’ve been too much.

I wanted the song to convey the message. If you look at the film clip, the sphere and the visuals happening around the band members are dark, menacing and brooding. You might not notice it on the first view, but we wanted it there as more of a metaphorical statement.

We didn’t want to go too dark. The track is already enough. Dave played a big part in pulling it together. I had the ideas, but at the end of it all, he was the guy who put the magic touches on it and made it look good.

We’ve got another show in Lilydale on the 20th of August, and that’ll be in support of our next single. That’ll come out on the 12th of August.

We’re also planning to release an EP later in the year and will follow it up with a tour.