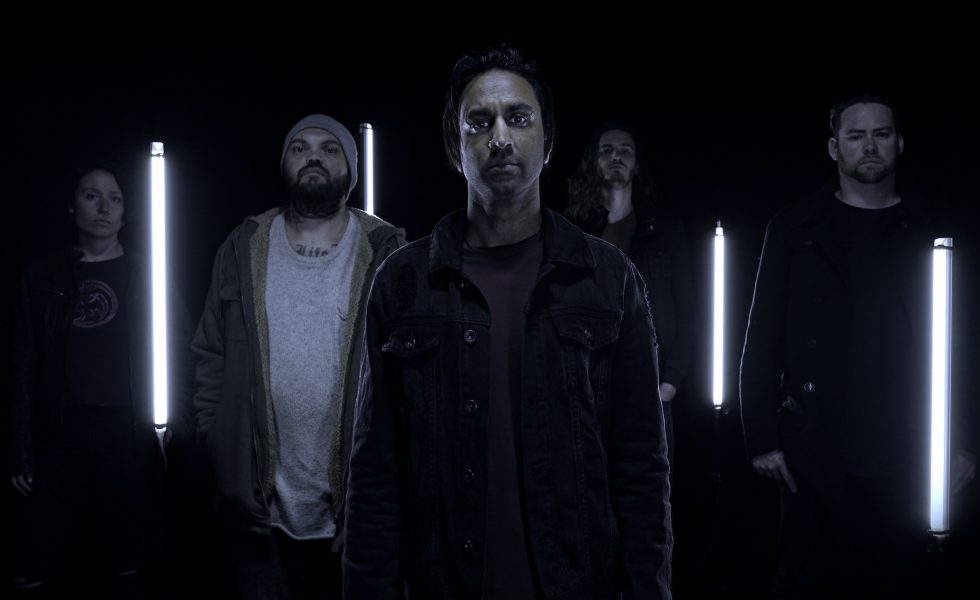 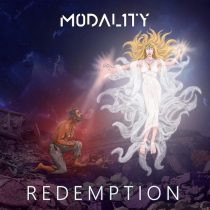 This energetic five piece emerged in 2017 and released their debut EP Synthe1s in December 2018. In a development from the 2018 release, this new single features M0DAL1TY’s new bassist/co-vocalist Alicia Richards.

Redemption is a solid example of the cohesive blend of styles that M0DAL1TY bring together. With this single, M0DAL1TY fuse a range of influences together, starting with their stormy up-tempo djent sound. Moving through a few sequences, the chugging riffs that open Redemption give way to an ambient interlude. This middle section of the song is its conceptual engine-room and this is underscored by the tricky layering of a programmatic spoken word passage beneath a passionate extended guitar solo.

Overall, Redemption is an engaging and captivating single, it tells its story through strong composition.

The corporate-style directives of the words are jarring against the rich toned guitars, in a boldly exposed solo, which is executed with confidence. The nostalgic quality of the guitar sound together with the paring back of the rhythm section into an unsettling almost jazz-like groove lends a vintage air to this midsection, before the track explodes again into the heavier riffs that bookend the song. The way that Redemption fluctuates between heavier energetic phases and more sparse, emotive sections is seamless despite the polarities of sound between them. Vocally Redemption is primarily clean, vocalist Nigel Jackson is certainly impressive in his ability to command melody with tangibly varied timbre in an arrangement where there is little place to hide. Richards’ vocal style is slightly deeper and smooth, which melds effortlessly with Jackson’s as they relay the lyrics. It will be interesting to see how M0DAL1TY use this vocal pairing in future releases. Vocally this atmospheric central movement of Redemption builds into a rage-drenched scream, the perfect gateway into the return of the breakdowns.

Overall, Redemption is an engaging and captivating single, it tells its story through strong composition. Striking such a balance between the thickness of the djent influence and the refined detail of their commitment to progressive rock styling is no easy task, but one that M0DAL1TY has laced together well with Redemption.

STICK THIS NEXT TO: Dead Letter Circus, Monuments, Tesseract